I am looking for Pre-Vatican II sources of guidelines (norms) for vestment making, including their traditional guidelines for lining colors for the priestly vestments that priests wear at the altar, as well as what color of orphreys* are permitted on the vestments, etc.

For example, I believe that it was tradition that sliver was the only color that was allowed to adorn black vestments prior to Vatican II?

Any sources would be greatly appreciated.

Most of the references therein are on the liturgy, but there are a few specifically related to vestments, e.g., Nainfa's Costume of Prelates of the Catholic Church (1926) p. 35 says:

Since the seventeenth century, black is the obligatory color for the clothing of the secular clergy of second rank in all the Western church.

Prelates, Bishops and the members of the Sacred College also use black for their everyday costume (and their street-dress in Catholic countries); but their black dress is trimmed with red or purple, according to their rank in the hierarchy, and the different seasons of the ecclesiastical year, as will be explained further on.

Searching that book for "trimmed with", you will find several results for the color trimmings used for the vestments of clergy of various ranks or religious orders.

The book, Churches Their Plan And Furnishing has a whole chapter on Sacred Vestments (chapter 18) pages 184-208.

It explains styles, sizes trims as well as ornament to be placed on diverse liturgical vestments uased at Mass.

Apparently the ornaments and trims may be of any colour.

Here is a couple of sample images from this internet source: 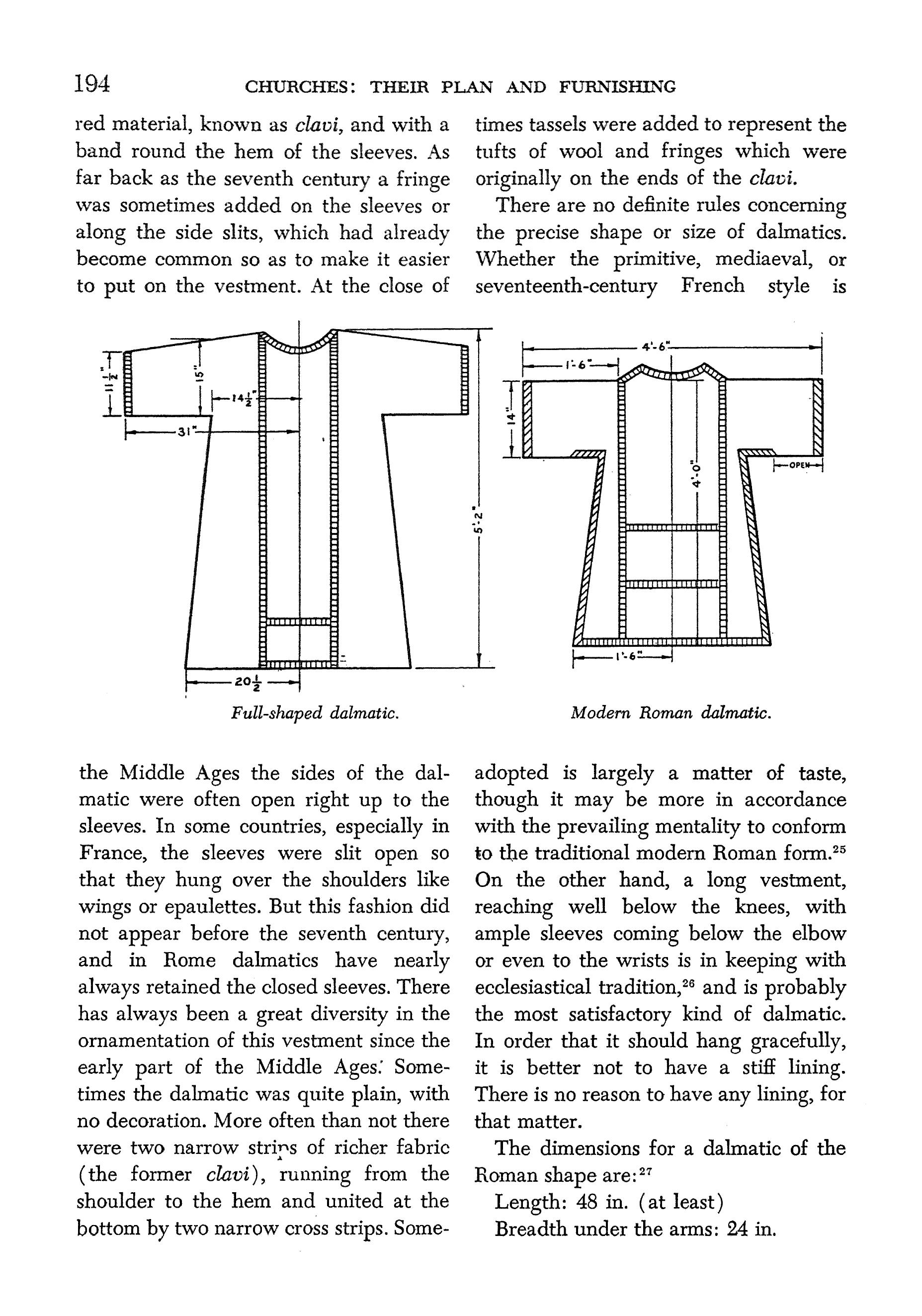 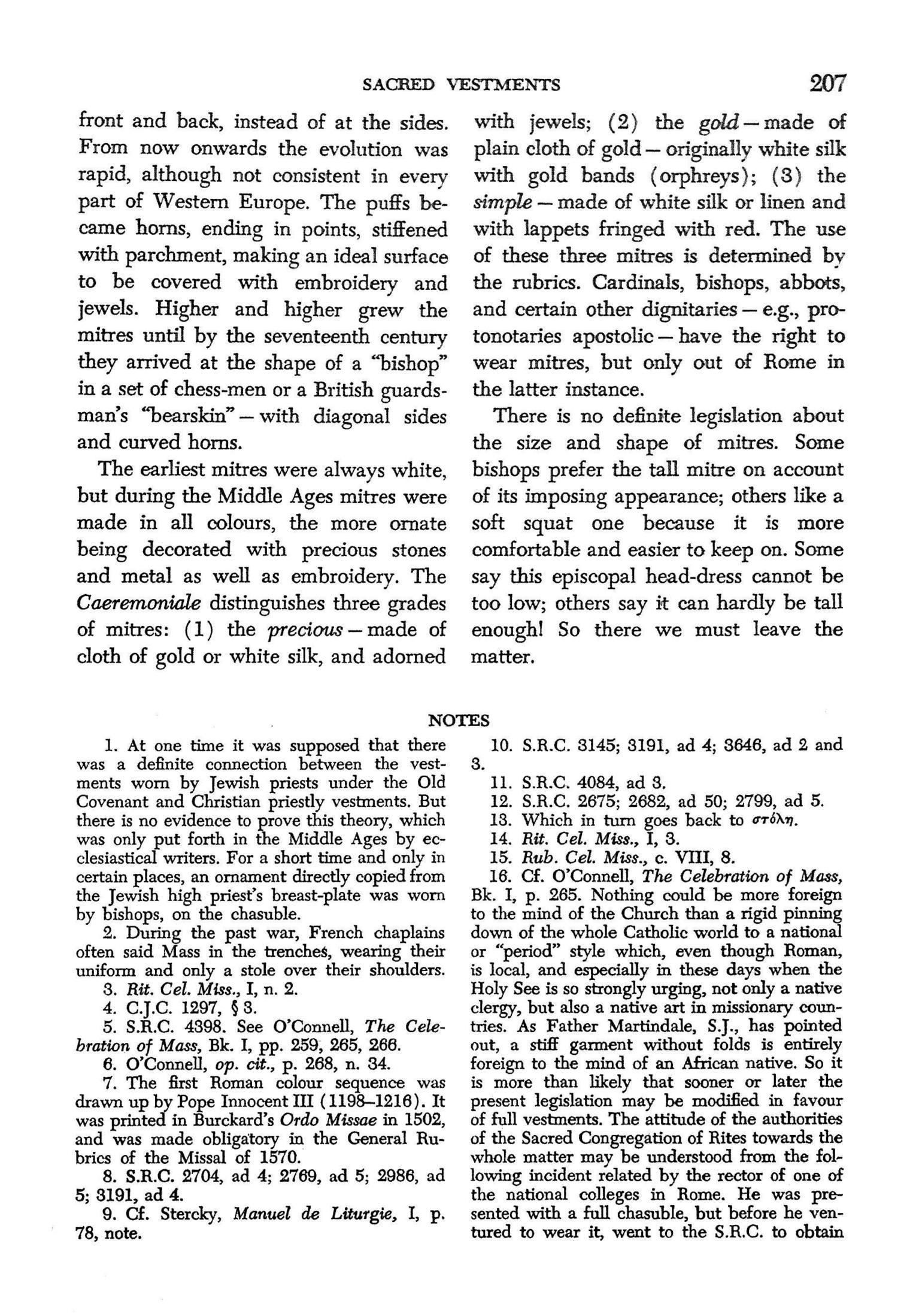 It definitely does not explain everything prior to Vatican II, but it is a very relevant source.

Apparently, skull and crossbones as well as memento mori or images of the dead (imagines mortuorum) are forbidden on sacred vestments.

Over the years I have shared many photos of black requiem vestments replete with skulls, scythes, bones, even the poor souls in Purgatory. These vestments usually inspire a great deal of interest for reason of their relative rarity and also for reason of these symbols. Reaction to them is either one of great interest or, alternatively, a certain hesitancy and discomfort.

Most of the extant examples of this sort of work comes from the 18th century. In the realm of liturgical books we also find a number examples from the first half of the 19th century. Interestingly, however, such inclusions -- at least as far as paraments were concerned -- were already excluded at least as early as the 1600 edition of the Caeremoniale Episcoporum. The text of the C.E. notes that images of the dead (imagines mortuorum), as well as white crosses (cruces albae), were not permitted on the paraments of the altar, the sacred ministers' vestments, the seldom used missal covering, for the coverings of the faldstool and so on. (See Book II, Chapter XI, No. 1) Later, in the 19th century, clarification was asked of the Sacred Congregation of Rites as to whether the prohibition against images of the dead was meant to only exclude those of the souls in purgatory as opposed to skulls and such, however the answer came back in the negative. It excluded both. (See SRC 4174.)

Here follows three examples of images that are forbidden on sacred vestments. 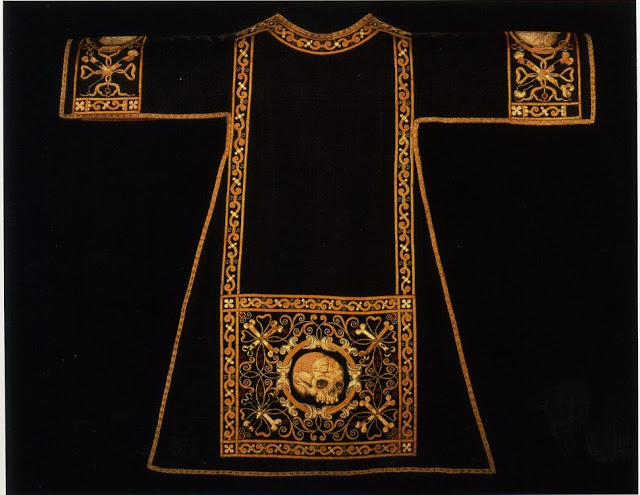 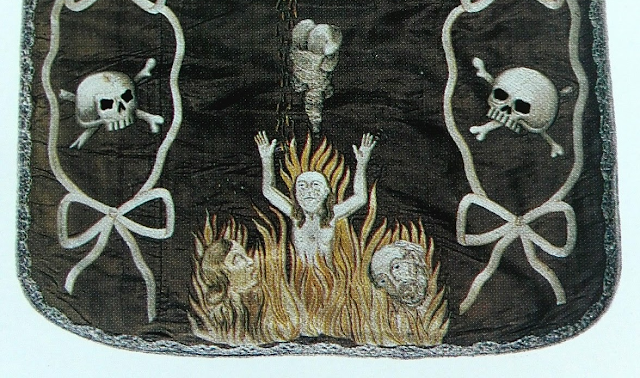 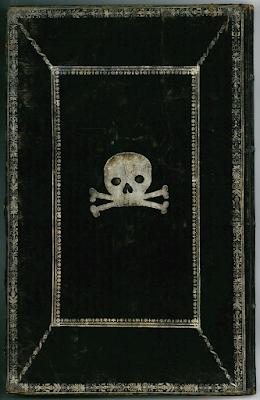 One last source I would like to add here is the book entitled Matters Liturgical (Collectio Rerum Liturgicarium). This book contains some helpful information, but is dispersed here and there throughout the liturgical norms presented. 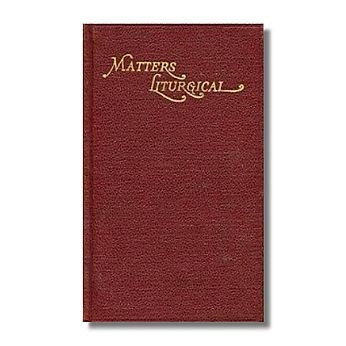 Matters Liturgical for examples states that stoles must have a cross at the middle for priest to kiss before placing it over one’s shoulder.

Not the answer you're looking for? Browse other questions tagged catholicism tradition reference-request vestments .

7
How do the vestments of the pontiff emeritus compare to those of a bishop emeritus?
6
Pre-Vatican II Latin Prayer
11
Where can I find sources showing ecclesiastical vestments of the 1200s?
5
Catholic Baptism Process Pre-Vatican II
4
Significance of different colored vestments worn by Catholic clergy
4
Do JWs have vestments, clothing, or "sacred" or symbolic objects that are used for any particular occasion or position?
5
Guidelines for "becoming" a believer, according to the Catholic Church
2
How do I locate Vatican I's citation of Lateran IV?