Can This be a Valid Catholic Imprimatur?

Recently, I came across a book published in 2012 which indicates an "Imprimatur" (i.e., permission to print) from Reverend Joseph R. Binzer, Auxiliary Archbishop, Archdiocese of Cincinnati. It contains, however, no Nihil Obstat (which indicates that the book is not objectionable on doctrinal or moral grounds).

I don't recall having ever seen a book published with an Imprimatur but no Nihil Obstat.

An example from another of his book: 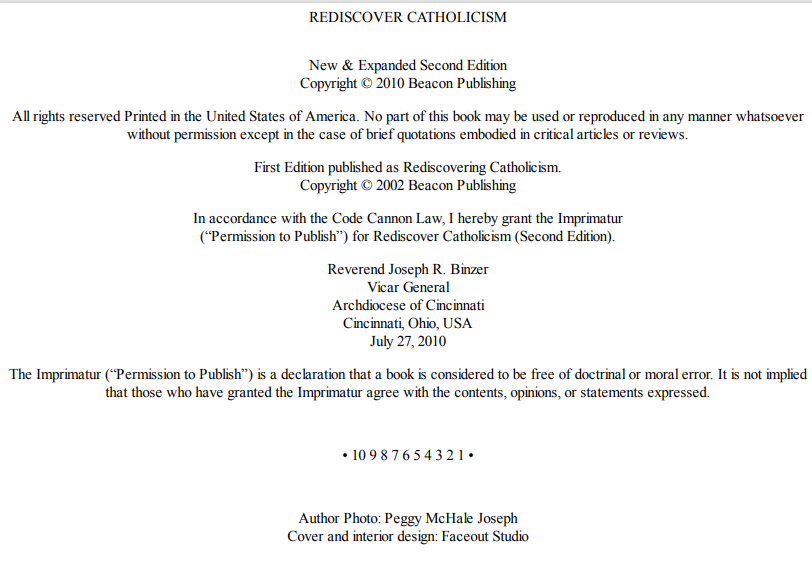 QUESTION: Should I have reason to suspect that the Imprimatur is not valid? I ask this, because:

QUESTION 2: The author indicated on the book is a young (< 50 years old) Australian who operates several companies and publishes many, many books (with his name on it)---some of which have been marketed to both Catholics and Protestants under "different" publishing companies. If a ghostwriter is involved, how does Canon Law account for that? I interpret the author as being the one who actually writes the book, not necessarily the one who's name appears on the book.

Canon Law at least for imprimaturs does not take account of "ghost writers" -- it is the work itself not the author which is scrutinized for defects in faith and moral.

14
What are the stipulations for a mixed marriage to be valid in the Catholic Church?
4
Would this confession be valid?
2
Has the US Catholic Church given an imprimatur to any English Bible translations intended for children?
3
Was this (allegedly gay) marriage in a Catholic Church valid?
3
According to Catholicism, can an imprimatur be revoked?
2
According to Catholicism, what is an imprimatur?
3
How does the Magisterium protect the faithful and the general public against misinformation of the Catholic faith in the Internet Era?
0
Can a declaration of nullity obtained by deception be valid?
1
Can a Catholic Parish Give A Building Away?