What kind of clothes did Jesus wear?

There are a couple references in the Gospels indicating what Jesus wore, but not many. His undergarment was 'seamless' according to John 19:23. He also may have had the 'fringes' or 'tassels' of the garment that Jews wore, as we see a woman touching a 'fringe' of his outer garment in Mathew 9:20. Many think this indicates that he followed this Mosaic law with regard to dress:

The Lord said to Moses, “Speak to the Israelites and say to them: ‘Throughout the generations to come you are to make tassels on the corners of your garments, with a blue cord on each tassel. (Numbers 15:37-38, NIV)

However, if Jesus wore these tassels, they would not have been like those 'extra long ones' wore by the Pharisees, for Jesus said:

“Everything they do is done for people to see: They make their phylacteries wide and the tassels on their garments long. (Matthew 23:5, NIV)

So, here are some references to lead to various sub-questions:

The question is, if we were casting a Jesus movie, what clothes did Jesus most likely wear as a combined set? The question is not pointed at 'one' specific article, but the combination of articles and the impression, if any, that they would make on a stranger, whether Jew or Gentile.

Note: A related question about the phylacteries or tefillin can be found here.

From the Gospel of John, we learn that He wore sandals:

"...He is the one who comes after me, the thongs of whose sandals I am not worthy to untie.”

He also wore a single piece undergarment, and apparently four other items of clothing:

When the soldiers crucified Jesus, they took his clothes, dividing them into four shares, one for each of them, with the undergarment remaining. This garment was seamless, woven in one piece from top to bottom.

We can tell from the gospels that Jesus 'looked like a Jew' as it was easy to tell that he did not look Samaritan. Therefore the question really asks what was the dress of the ancient Hebrews, as evident within the gospels themselves, particularly Jesus, not all Jews dressed alike.

It is possible that the facial appearance of Jews could generally be differentiated from the Samaritans but it seems more likely that his dress made it evident to the woman.

According to the Jewish historian Alfred Edersheim, an easy way to distinguish the Jews from the Samaritans was that:

The ‘fringes’ on the Tallith of the Samaritans are blue, while those worn by the Jews, whether on the Arba Kanphoth or the Tallith, are white. The Samaritans do not seem to have worn phylacteries (Menach. 42 b). But neither did many of the Jews of old—nor, I feel persuaded, our Lord (comp. Jost Gesch. d. Judenth. vol. 1. p. 60). (The Life and Times of Jesus the Messiah, Chapter 8, Page 409)

In addition to the outer garment with its distinctive fringes, ancient Hebrew references have been found that gave directions for undressing and dressing in the bathroom. According to these instruction there were typically consisted a total of five articles:

the shoes, the head-covering, the Tallith or upper cloak, the girdle, the Chaluq or under-dress, and the Aphqarsin or innermost covering. (The Life and Times of Jesus the Messiah, Chapter 26, Page 621)

These garments match up, more or less with the number distributed among the soldiers at the cross. (John 19:23)

Considering that Jesus made negative observations about dressing in such a way as to get attention (Mathew 23:5), it appears he looked like a regular guy, or rather regular Jew. There was really nothing special about what he wore. Nothing to make him seem pretentious and nothing to make him seem like an ascetic like John the Baptist, who was noted for his more rugged dress. Jesus dressed as an ordinary Jew.

We can also see in John 13:4 that He removed His garments before washing the disciples feet. The ESV states that these were His "outer" garments. Many theories could be developed here from cleanliness to humility. Mine borders in the middle of the two. We know that this would have been a filthy task from the conditions of which the disciples had walked, however the "rolling up of the sleeves" idealism here seems to apply as well. Sort of like the "business man" stopping on the side of the road in order to help out with a flat tire. He could have easily "supervised" the event, but thought enough to do the task out of compassion.

What kind of clothes did Jesus wear?

Possibly Jesus wore three types of garments (four if we include sandals) as was the Judaean Culture practicing in his day.

He also wore a single piece undergarment, and apparently four other items of clothing based on the Gospel of St. John:

When the soldiers crucified Jesus, they took his clothes, dividing them into four shares, one for each of them, with the undergarment remaining. This garment was seamless, woven in one piece from top to bottom. - John 19:23

But St. John in his Gospel further states more:

This happened that the scripture might be fulfilled that said,

“They divided my clothes among them and cast lots for my garment.”

So this is what the soldiers did.

This could suggest that in lieu of four other items of clothing the executions of Jesus tore the other remaining pieces of clothing into four pieces!

There is no neat physical description of Jesus in the Gospels or in ancient Christian literature. But there are incidental details. From the Bible (for example, Mark 6:56) you can discover that he wore a mantle – a large shawl (“himation” in Greek) – which had tassels, described as “edges”; a distinctively Jewish tallith in a form it was in antiquity. Usually made of wool, a mantle could be large or small, thick or fine, coloured or natural, but for men there was a preference for undyed types.

He wore a tunic (chitōn), which for men normally finished slightly below the knees, not at the ankles. Among men, only the very rich wore long tunics. Indeed, Jesus specifically identifies men who dress in long tunics (“stolai”, Mark 12:38) as wrongly receiving honour from people who are impressed by their fine attire, when in fact they unjustly devour widows’ houses.

Jesus’s tunic was also made of one piece of cloth only (John 19:23-24). That’s strange, because mostly tunics were made of two pieces sewn at the shoulders and sides. One-piece tunics in first-century Judaea were normally thin undergarments or children’s wear. We shouldn’t think of contemporary underwear, but wearing a one-piece on its own was probably not good form. It was extremely basic. - What did Jesus wear? 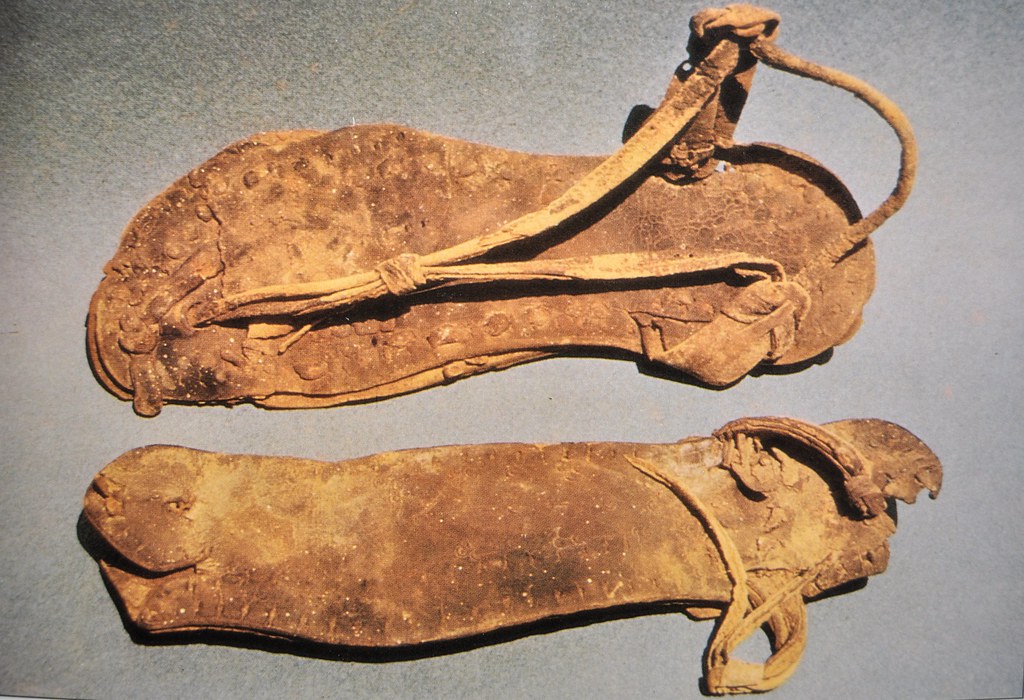 Above is an example of an ancient Judaean sandals were like as they have been preserved in dry caves by the Dead Sea.

Side Note: Many Catholics hold to a tradition that Jesus’ Seamless robe in preserved in Tiers, Germany. 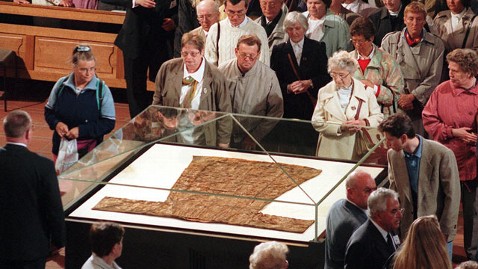 Christ's 'Seamless Tunic' on Display for First Time in 16 Years

He was not telling us NOT to wear Tzit Tzit or Tefillin. He was saying NOT to be like the P'rushim. To not be hypocrites like they were. It is always good to read the whole chapter in context rather than taking one liners. The WHOLE paragraph reads:

Then Yeshua addressed the crowds and his talmidim: 2 “The Torah-teachers and the P’rushim,” he said, “sit in the seat of Moshe. 3 So whatever they tell you, take care to do it. But don’t do what they do, because they talk but don’t act! 4 They tie heavy loads onto people’s shoulders but won’t lift a finger to help carry them. 5 Everything they do is done to be seen by others; for they make their t’fillin broad and their tzitziyot long, 6 they love the place of honor at banquets and the best seats in the synagogues, 7 and they love being greeted deferentially in the marketplaces and being called ‘Rabbi.’

Yeshua also said, that our righteousness must exceed that of the Torah Teachers. In other words, "Do as they say and not as they do".