Which are the parts of the Old Testament that point to Jesus? [closed]

I'm aware of the prophecy in Genesis about someone who will crush the serpent's head, as well as the parts of Isaiah, especially the Suffering Servant. Which other parts of the Old Testament point to Jesus?

Prototypes of Jesus can be thought of as falling into the following categories:

In all of these things, Jesus is said to be the one prefigured, because the book is about Him. Scholars disagree over the exact numbers of references, but most agree that Jesus is prefigured in every book of the Old Testament. (The more liberal ones would say that there are symbols to which Jesu appropriates or s at least alludes when he comes.) To list them all, however, would be a book.

One final little allusion, however, that bears some consideration, is the story commonly called "the Transfiguration." Jesus goes up to a mountaintop, whereupon Elijah and Moses greet him. Now, you should know that Jews refer to the Old Testament in two categories - "the Law" and "the Prophets." Moses, as the "lawgiver" who brings the 10 commandments off of Mount Sinai. Elijah was the most famous of the prophets, working miracles and boldly declaring God's truth to a wicked King. In standing between and amongst these two, Jesus himself declares himself to be "the Law and the Prophets," a nice little picture saying that indeed, Jesus is the Word this Old Testament has been preaching all along.

The entirety of the Old Testament predicts, foreshadows, or reveals Jesus in some way. I've heard it said, "The New [Testament] is in the Old, concealed; the Old is in the New, revealed."

There's actually a really cool song that goes through all of the books of the Bible, telling how Jesus is revealed in each. (I have to admit, though, I've never tried to answer a question with a song before.)

They lyrics to that song are as follows:

There are several places on the web that summarize this. Here's one of them:

I realize that long quotes from other places are not typically accepted here. It just seems that these answered the question all too well.

The most profound types in the Old Testament are the ones alluded to on Easter Vigil Mass and read in the daily office during the season of Lent (which is heavy on the Suffering Servant, which you mentioned).

I will put enmity between you and the woman, and between your offspring and hers; They will strike at your head, while you strike at their heel. 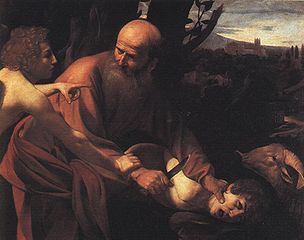 The 3 day journey to Moriah, the ram with it's head stuck in a thicket, God demanding the sacrifice of Abraham's only son, are all indicative of Christ's sacrifice

The three items represent Jesus as priest (the Rod representing the Aaron's priesthood), prophet (the bread which comes from Heaven to feed God's people) and king (the tablets indicative of a Law Giver)

Also, the sacrifice of Melchizedek in Genesis is stated in as a type for Christ in Hebrews 7:1

This "Melchizedek, king of Salem and priest of God Most High," "met Abraham as he returned from his defeat of the kings" and "blessed him." And Abraham apportioned to him "a tenth of everything." His name first means righteous king, and he was also "king of Salem," that is, king of peace. Without father, mother, or ancestry, without beginning of days or end of life, 4 thus made to resemble the Son of God, he remains a priest forever.

But, the @Narinan is the most correct in that long litany of where Christ is in the OT, because the entire New Testament is a fulfillment of the Old in Christ. If you liked that list, you might also be interested in this one from some English Monks it has a few more books in it :)

1
Reference for this “New is in the Old Concealed” quote that is attributed to Augustine?

6
Does New Testament accounting language have any Old Testament backing?
7
Does the Old Testament foretell the time in history in which the Messiah would come (the first time)?
9
How does Christianity deal with biblical criticism related to the Old Testament?
9
Do any prominent theologians point to Old Testament prophecies of there being two comings of the Messiah?
2
Where in Old Testament is said something like we must be cautious reading it because prophets can make mistakes?
6
What was the explanation for why Catharism identified the Old Testament God as Satan?
2
Which, according to Catholic Church, is the writing in Old Testament that Jesus is referring to in Jn 7:38?