Was there ever a saint who, while living, convinced his or her spouse to enter religious life?

I'm certain the answer is yes, as I've seen such biographies in "lives of the saints" volumes. Saint Waldetrudis (d.686-688) and her husband Saint Vincent most likely fit your criteria. This is from Catholic Exchange:

Their home was a place of sanctity. Waldetrudis and Maldegaire [Vincent] had four children, one of whom died young, either soon after birth or before he reached his seventh birthday, while the other three grew up and entered the religious life (their son, St. Landric, may have even been consecrated a bishop). Waldetrudis and Maldegaire used their riches to help the poor; the couple was well known for their charity and piety long before entering the religious life.

Once their children had left the home, the pious parents likewise entered the religious life. Some sources indicate that Waldetrudis urged her husband to embrace monasticism, though he likely considered it prior to her influence.

Here are a couple of other cases that you might count as examples:

St. Conrad of Piacenza and his wife Eufrosina entered religious life after making amends for having a fire started that accidentally burned down a forest and then blaming someone else for it. 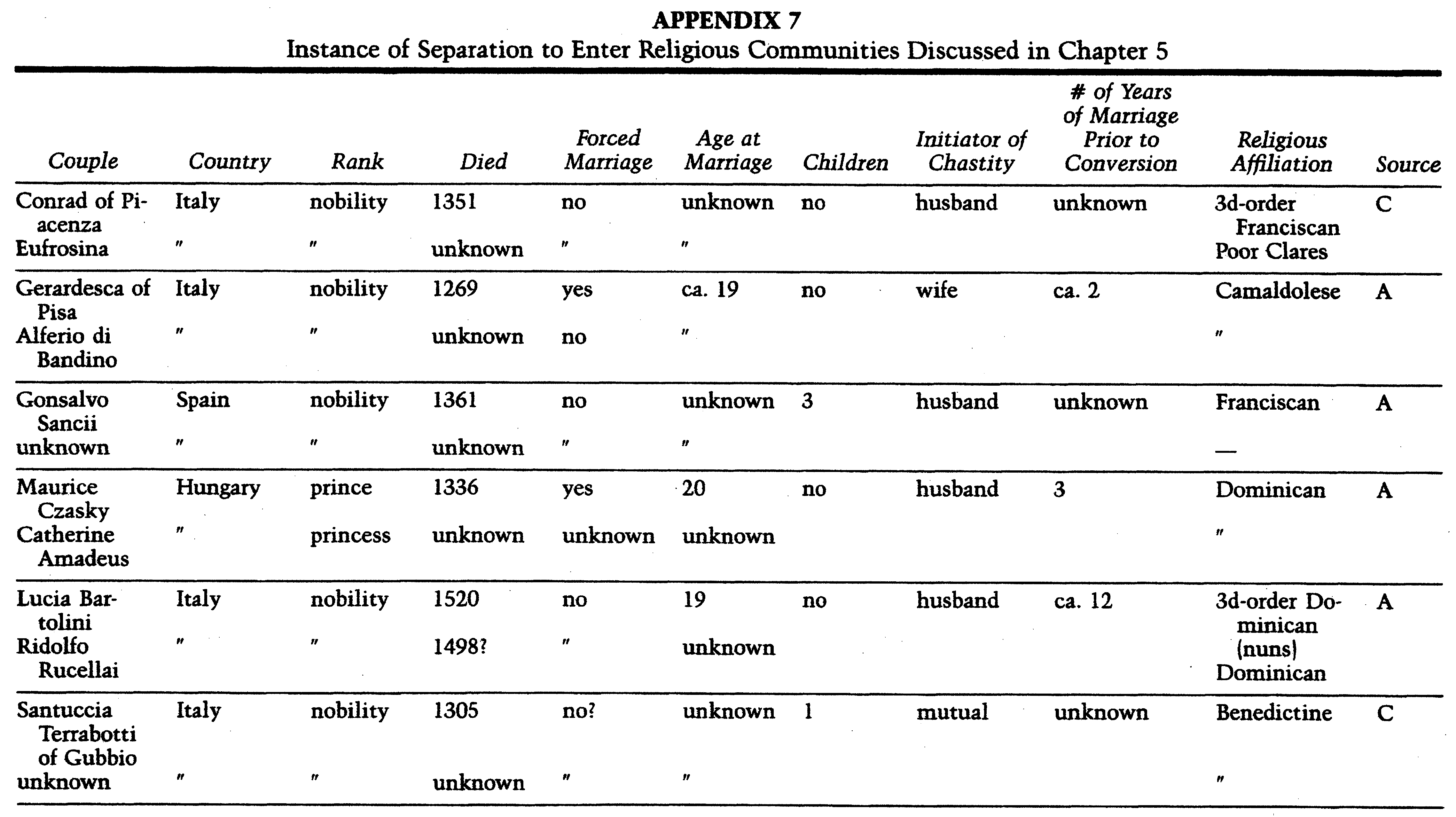 source: "Are Catholics allowed to leave marriage in order to become a monk or nun?"

13
Are Catholics allowed to leave marriage in order to become a monk or nun?

8
What arguments would you give to teenagers who are unconcerned about eternal life?
7
Has there ever been a saint who has had their sainthood revoked due to falsification of their life details or the miracles leading to canonization?
9
In the Catholic Church, what are the options for a person whose spouse abandons them?
3
Are there examples of "successful" celibate homosexuals, according to the Catholic Church?
4
Have any married couples been canonized at the same time?
0
Imaginary or legendary saints associated with Catholicism?
5
What does a returning Catholic who contracted marriage in a Protestant church need to do when the spouse wants to remain Protestant?
11
Are there any examples of married, male, non-martyred (white crown), non-royal, canonized Catholic Saints excluding Saint Joseph?