How can Catholics who adhere to Eucharistic Miracles claim the distinction between substance and accidents?

The question of “are Catholics cannibals due to their view on transubstantiation” question cropped up quite some time ago. The top answer on this question makes a distinction between substance and accidents.

In other words, if the wine becomes the Blood of Christ, why isn't there hemoglobin in it?

Aristotelian philosophy made a distinction between what (in modern philosophical jargon) is called "substance" (from Latin substantia, the essence or nature of something) and "accident" (from Latin accidens, something that happens to be true of an entity). Aristotle of course used Greek, but Aquinas used the Latin. The substance of something is what makes it what it is: I am a human being because I am human "in substance"; that is, because I have "humanness". I look the way I do as a human because I have particular accidents—my eyes are a given color, my hair and skin, I'm a given height. Any of those things could change, or could have been different; that would change what I looked like, but not what I am (i.e. human).

So I have a question. I’ve seen many cases of Eucharistic miracles, that is, where traces of real blood are found in the consumed Eucharist. Many people claim this as evidence of transubstantiation.

while the dimensions [of the Host or Blood] remain the same as before, there is a miraculous change wrought in the other accidents, such as shape, color, and the rest, so that flesh, or blood, or a child, is seen.

How can Catholics who adhere to Eucharistic Miracles claim the distinction between substance and accidents?

The accidentals and their appearance as such remain accidentals until fully they are digested and no longer exist!

The Early Church was often persecuted and one of the top three things pagans accused believers of was, that is right cannibalism.

It is not a topic new for the Church to deal with. We can learn from the Christian apologists Justin Martyr and Athenagoras that the three main accusations levied against Christians were atheism, incest, and cannibalism.

It is a historical fact that in the Church’s early years, Christians were persecuted vigorously by the Roman Empire. In justifying this persecution, the Romans made all sorts of charges against the Christian community. We learn from the second-century Christian apologists Justin Martyr and Athenagoras that the three main accusations levied against Christians were atheism, incest, and cannibalism. The charge of atheism came from their refusal to worship the Roman pantheon of “gods” (for more on this, see Justin Martyr’s First Apology [Chapter 5 & 6]). We also know the charge of incest originated from the Christian concept of being united as “one family in Christ”, which meant husbands and wives would refer to each other as “brothers and sisters in Christ.” To an outsider, this could easily come off the wrong way. The third charge, that of cannibalism, was particularly fascinating to me as I was learning about the early Church. Why were they accused of cannibalism? And on what grounds? Over time, it became abundantly clear to me that they were accused of cannibalism because of their belief in the Real Presence of Christ in the Eucharist; their belief that they actually ate the flesh of Christ and drank His Blood. - Why Were the Early Christians Accused of Cannibalism?

The question at hand (How can Catholics who adhere to Eucharistic Miracles claim the distinction between substance and accidents?) is very good. It leads us into, not only of trying to explain the accidentals and substance of the Eucharist, but also requires us to dive into the mysteries of the sacrament with new eyes.

Let us continually recall what the Jews in John 6:52, who said, “How can this man give us his flesh to eat?”

Cannibalism implies here the actual chewing, swallowing, and metabolizing of flesh and blood either after or during the killing of a human being; at least, if we stick to definition #1.

Catholics do not do any of this in the Eucharist. Though Christ is substantially present—body, blood, soul and divinity—in the Eucharist, the accidents of bread and wine remain. Here it is important to define terms. When the Church teaches the bread and wine at Mass are transubstantiated into the body, blood, soul and divinity of Christ, we have to understand what this means. The word, transubstantiation, literally means “transformation of the substance.” “Substance” refers to that which makes a thing essentially what it is. Thus, “substance” and “essence” are synonyms. For example, man is essentially comprised of body, soul, intellect, and will. If you remove any one of these, he is no longer a human person. The accidents or accidentals would be things like hair color, eye color, size, weight, etc. One can change any of these and there would be no change in the essence or substance of the person.

In the Eucharist, after the priest consecrates the bread and wine and they are, in fact, transubstantiated into the body, blood, soul and divinity of our Lord, our Lord is then entirely present. Neither bread nor wine remains. However, the accidents of bread and wine (size, weight, taste, texture) do remain. Hence, the essential reason why Catholics are not guilty of cannibalism is the fact that we do not receive our Lord in a cannibalistic form. We receive him in the form of bread and wine. The two are qualitatively different.

To dive a bit deeper into this, I would suggest there are at least six reasons why the Eucharist and cannibalism are qualitatively, or essentially, different things.

Thus, the argument that the Eucharist is cannibalism does not hold weight.

In regards to Eucharist miracles, they for a large part change the accidentals into real human flesh and blood. These do not make the Mysteries of the Eucharist cannibalism as they are Divinely done to strengthen our faith and awareness as to what the Eucharist truly is substance of the body and blood of Our Lord Jesus Christ under the accidentals of bread and wine. Give us our daily bread has an Divine call to some who go to daily mass!

The term transubstantiation seems to have been first used by Hildebert of Tours (about 1079) and was more theologically clarified by St. Thomas Aquinas in his writings.

Christ's presence for the Roman Catholic Church at the Council of Trent.4 In the 13th session of 11 October 1551, it promulgated the following conciliar decree:

"if anyone says that the substance of bread and wine remains in the Holy Sacrament of the Eucharist together with the Body and Blood of our Lord Jesus Christ and denies that wonderful and extraordinary change of the whole substance of the wine into His blood, while only the species of bread and wine remain, a change which the Catholic Church has most fittingly called transubstantiation, let him be anathema." (Session 13, can.2)". - Real Presence

I have never heard of any Catholic who has eaten of a Eucharist Miracle were the accidentals according to these believers became real human flesh and/or blood. That line has never been crossed, so true cannibalism as we understand it has never happened! 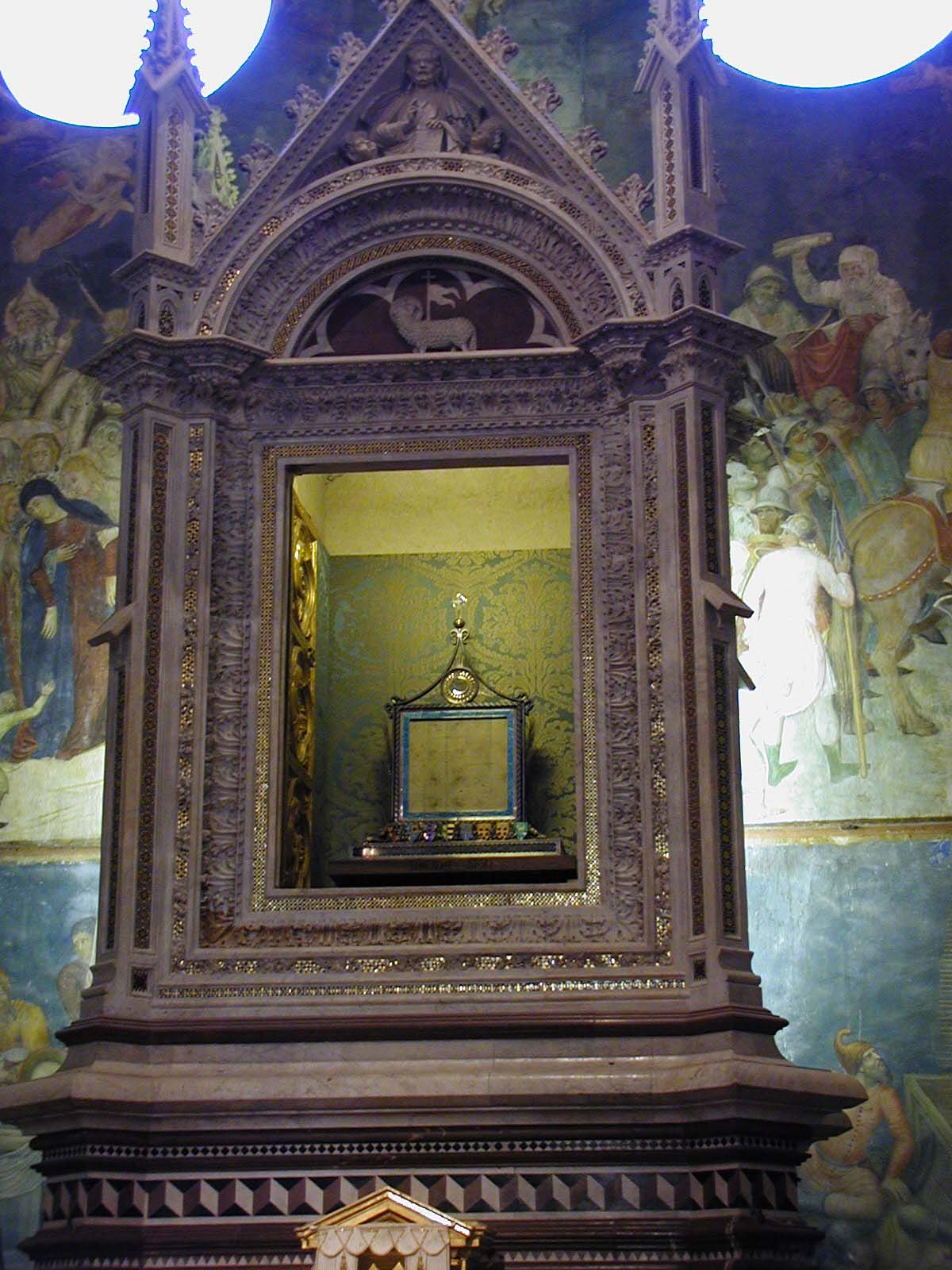 The following articles may be of interest to some:

14
Do Catholics believe that they are actually eating the body of Christ? Does this make them cannibals?
17
What is transubstantiation?
2
Do Eucharistic miracles all have the same DNA?