Are there instances of miracles that are officially recognized by non-Catholic denominations?

The Catholic Church is well-known for its strictness in evaluating before officially accepting concrete instances of miracles. According to Wikipedia:

The Catholic Church believes miracles are works of God, either directly, or through the prayers and intercessions of a specific saint or saints. There is usually a specific purpose connected to a miracle, e.g. the conversion of a person or persons to the Catholic faith or the construction of a church desired by God. The Church says that it tries to be very cautious to approve the validity of putative miracles. The Catholic Church says that it maintains particularly stringent requirements in validating the miracle's authenticity. The process is overseen by the Congregation for the Causes of Saints.

The Catholic Church has listed several events as miracles, some of them occurring in modern times. Before a person can be accepted as a saint, they must be posthumously confirmed to have performed two miracles. In the procedure of beatification of Pope John Paul II, who died in 2005, the Vatican announced on 14 January 2011 that Pope Benedict XVI had confirmed that the recovery of Sister Marie Simon-Pierre from Parkinson's disease was a miracle.

What about non-Catholic denominations? Are there any concrete cases of miracles that are officially recognized by a denomination other than the Catholic Church?

If predictive prophecy can be considered a "miracle" than there is one in the Lutheran church.

In the Lutheran Confessions, a reference is made related to the private revelations of a Franciscan monk named John Hilten. According to the Lutheran Confessions, this monk's revelation was authenticated because he had an accurate prediction of the coming of Luther in the year 1516 to speak out against certain abuses in the church. The Apology to the Augsburg Confession tells the story:

In the town of Eisenach, in Thuringia, there was, to our knowledge, a monk, John Hilten, who, thirty years ago, was cast by his fraternity into prison because he had protested against certain most notorious abuses. For we have seen his writings, from which it can be well understood what the nature of his doctrine was [that he was a Christian, and preached according to the Scriptures]. And those who knew him testify that he was a mild old man, and serious indeed, but without moroseness. He predicted many things, some of which have thus far transpired, and others still seem to impend, which we do not wish to recite, lest it may be inferred that they are narrated either from hatred toward one or from partiality to another...

But another one, he said, will come in A. D. 1516, who will destroy You, neither will you be able to resist him. This very opinion concerning the downward career of the power of the monks, and this number of years, his friends afterwards found also written by him in his commentaries, which he had left, concerning certain passages of Daniel. (Apology to the Augsburg Confession XXVII) See here.

Are there instances of miracles that are officially recognized by non-Catholic denominations?

The short answer seems to be yes.

Many Christians have overlooked the Marian Apparitions at Zeitoun, Egypt which began in 1968 at St. Mary’s Coptic Orthodox Church.

The Holy Family in Zeitoun

Zeitoun is one of the locations where the Holy Family supposedly stopped on their flight to Egypt, fleeing King Herod’s murder of the innocents some nineteen centuries earlier. From April 2, 1968 to May 29, 1971, the Virgin Mary appeared weekly on average, especially around feast days, on top of St. Mary’s Coptic Church in Zeitoun for all to see. This was not something just witnessed in a mystical vision by a few; it was a supernatural experience perceived by massive crowds for years. In addition, this occurred in a predominantly Muslim country and at a Coptic Church, which might be why Catholics are less familiar with it.

The Blessed Virgin Mary was witnessed by hundreds of thousands of people, including Copts, Catholics, Protestants, Muslims, and even secular Marxists, like the former Egyptian President Abdel Nasser. This supposedly greatly influenced him in his relations with Christians, who at the time were being targeted: red crosses painted on their houses to mark them. This was also a time of rapid expansion of Islamic fundamentalism.

The miraculous nature of the apparitions drew Egypt’s full attention. Black and white photographs exist showing a brightly luminous being, the Blessed Virgin Mary, on top the Church. The apparitions would begin with a ball of light gradually materializing, and then, taking on the form of the Virgin Mary. One described Mary as “bright as a million suns.” They called her Our Lady of Light. She was accompanied by other phenomenon as well.

Large, luminous doves moved swiftly across the sky, and at times flying in formations of two, seven or twelve, and in the shape of a cross. Incense as from “millions of censors” billowed up around her with a sweet fragrance. There were mysterious flashing lights, a canopy of shooting stars, like “a shower of diamonds made of light,” as one witness recalled. Many miraculous healings occurred too, from blindness, polio, paralysis, cripples, cancer and terminal illness. There were also spiritual conversions of Muslims and others to Christianity.

The Vatican made no official statement on its authenticity, deferring to the Coptic Orthodox Church. The Coptic Church investigated the matter and determined it was an authentic and true phenomenon. The civil government as well concluded that something real was happening at Zeitoun. At one point, the authorities even investigated a fifteen-mile radius for electronic devices and cut all power off to the area to create a blackout, yet Mary continued to appear.

The story begins much earlier, however, around 1920, when a Coptic Christian, Tawfik Khalil Abraham, who owned this spot of land in Zeitoun, was about to build a hotel there. Then, the Blessed Virgin Mary visited him in a dream requesting instead that he build a Coptic Church in her honor. If he did so, she promised to perform a miracle there sometime in the future.

The apparitions continued unabated, with Mary appearing for a few nights each week for the next three years. People from all around began to come to St. Mary’s in Zeitoun to see the miraculous apparitions. The crowds grew larger and larger. By some accounts, 250,000 at the highpoint would come nightly to watch for Mary appearing from Heaven.

In 1925, the Coptic Orthodox Church of St. Mary was completed. Then, as promised, the miracle happened years later beginning on April 2, 1968. Two Muslim garage attendants noticed a woman on the top of the Church and thought she was about to commit suicide. One of the attendants, Farouk Mohammed Atwa, yelled up to her “Lady, don’t jump!” Soon, a crowd had gathered and realized that this was no ordinary woman but the Blessed Virgin Mary herself. - The Overlooked Marian Apparitions at Zeitoun, Egypt

These events have been officially approved by the Coptic Church and the Catholic Church acknowledgments of these event are positive, while not commenting on them officially by Pope Paul VI. On May 4, 1971, Kyrillos VI issued an official statement confirming the apparitions. On 12 May 2018, the Coptic Church celebrated the golden Jubilee of the event. A large number of priests and Christians from all over Egypt attended the celebration. 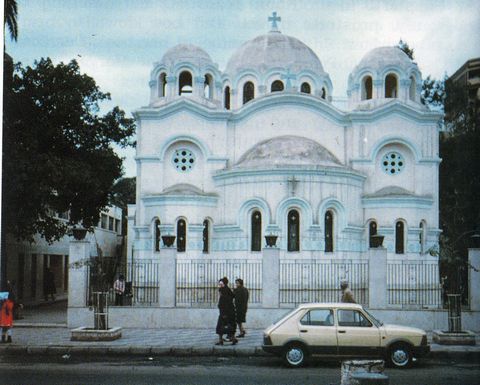 Numerous miraculous healings have been documented. Two girls, blind since birth, studying at a school for the blind, fully regained their sight. A 34-year old mute, Adel Abdel Malek, unable to speak since birth, was cured and able to speak. A Muslim girl with a malignant tumor on the side of her head visited an apparition of Mary at the church the night before her surgery and showed up the next day completely free of her tumor. Miss Madiha Mohammed Said, age 20, had lost her sight and speech, and had failed all medical efforts to improve her condition. On June 4, 1968, her two brothers took her to the church, asking the priest to pray for her. Suddenly, she cried out in a loud voice, “I see the apparition of the Blessed Virgin!” In that instant she regained both her eyesight and her power of speech. Cases of paralysis were cured – one woman arrived in her wheelchair at the church, felt burning electrical sensations, and then walked away. 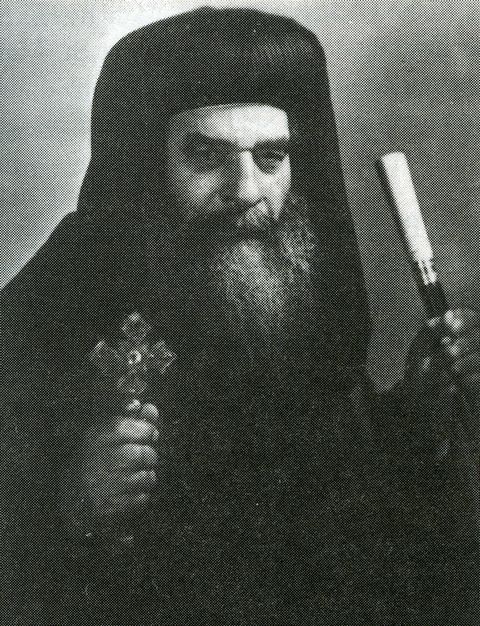 Representatives from the Coptic Orthodox Church under patriarch Kyrillos as well as from the Catholic Church under Pope Paul VI (prompted by the Society of the Sacred Heart Sisters) studied these events and they were jointly approved for devotion on May 5, 1968. - Source

Not the answer you're looking for? Browse other questions tagged catholicism history denomination-survey comparative-christianity miracles .

0
Does any Cessationist group or denomination officially recognize a modern miracle report as authentic?

5
Do Catholics really believe in contemporary miracles?
3
Why are there so many modern saints?
15
According to Catholic doctrine, how can an angel be a saint?
21
How do Protestants view "Catholic" miracles, such as those that attest to a saint?
7
Are there non-medical miracles that can get a person beatified/canonized?
8
Who was the first Devil's Advocate?
3
Homiletic directions from the Vatican to the Universal Church?
3
What is the official status of the person of Philomena who at one time was liturgically canonized by Pope Gregory XVI?
1
When did the Catholic definition of saint change and how is the change applied in personal study?