Could anyone help identify the two Saints pictured in this icon? I believe they're pictured standing beneath the Image of Edessa.

Also, if anyone has any sense of the date, I would greatly appreciate that. I was recently gifted the icon by a very kind gentleman at an antique shop, who estimated that it dated from the 18th century. 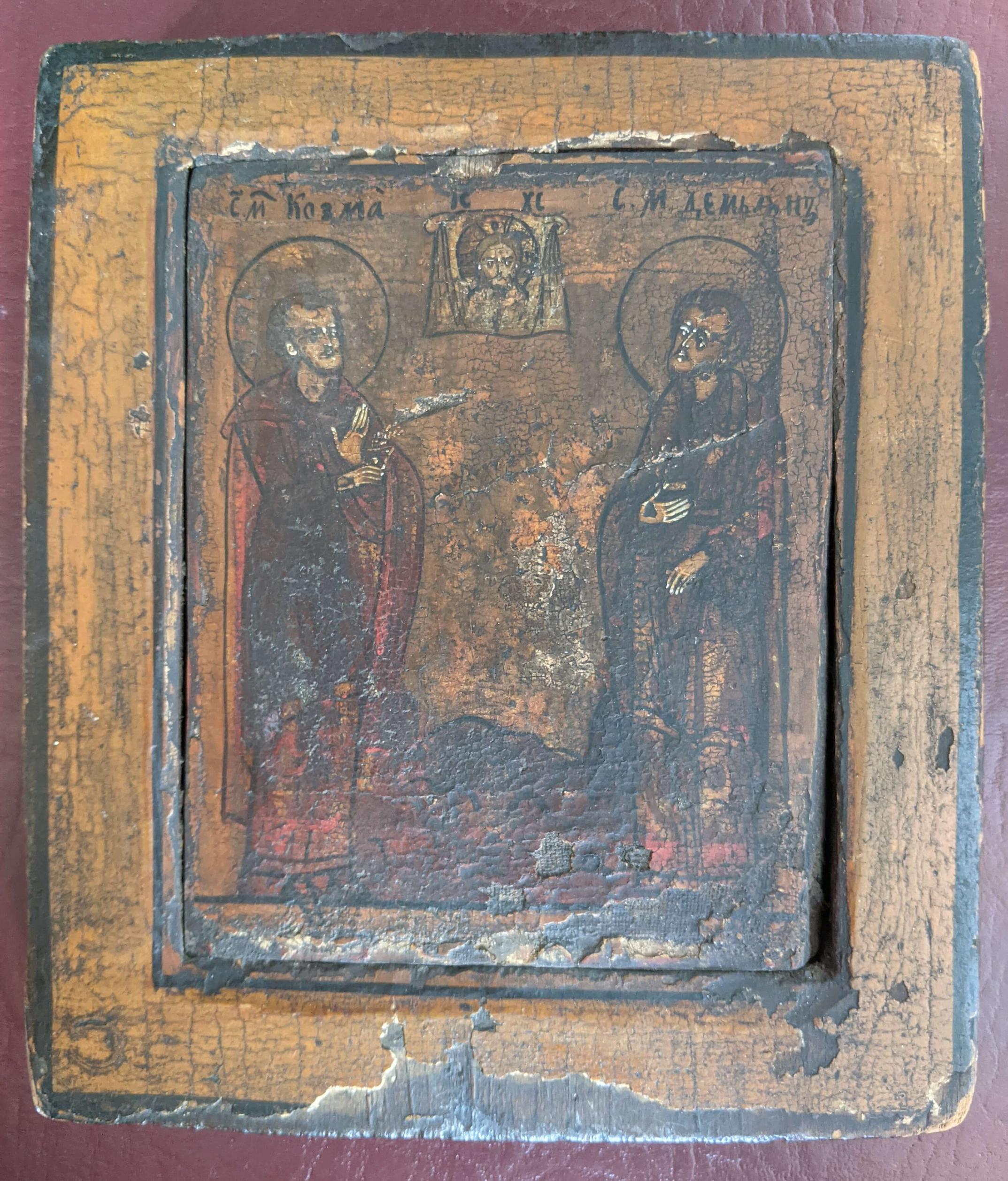 Based on the Slavonic, these are the unmercenary healers Saints Cosmas and Damian.

And yes, the icon above them is known as the Image of Edessa in some traditions, and in Orthodoxy the Icon Not-Made-by-Hands.

Saints Cosmas and Damian (died c. AD 287) were two Arab physicians in the town Cyrrhus, and were reputedly twin brothers, and early Christian martyrs. They practised their profession in the seaport of Aegeae, then in the Roman province of Syria.

As early as the 4th century, churches dedicated to the twin saints were established at Jerusalem, in Egypt and in Mesopotamia. Devotion to the two saints spread rapidly in both East and West. Theodoret records the division of their reputed relics. 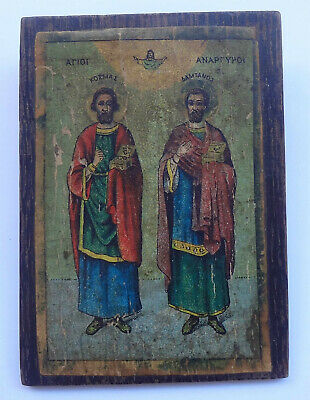 The two saints are definitely the twin brothers Cosmas and Damian.

It seems probable that the icon indeed dates from the 18th century, but it would have to be properly evaluated by experts, such as historians found at a major and well known museums.

Not the answer you're looking for? Browse other questions tagged eastern-orthodox saint iconography .

6
What is the difference of icon veneration between various Christian confessions?
2
Are there examples of royal Orthodox saints (not martyrs) who have executed people?
9
In Eastern Orthodoxy, how is an icon recognized as inspired?
12
Why do images of saints often depict them with unusual hand gestures?
4
Identifying a Saint on a Greek icon?
4
Questions about this icon of Saint Sophia
2
Explanation of Russian assorted saints and festivities icon "Plenka"
5
Christ and the Believer Icon (Companion Icon) origin?
4
Who are the people depicted in Dionisius' famous icon of Christ's descent into hell?