"And in one Lord Jesus Christ, the only-begotten Son of God, begotten of the Father"

The words 'Father' and 'Son' provide the big clue here. Both are put together in scripture to show a connection that cannot be broken, as in John 1:14 -

"And the Word was made flesh, and dwelt among us, (and we beheld his glory, the glory as of the only begotten of the Father,) full of grace and truth."

Then the connection with God is made a few verses on, verse 18 adding:

"No man hath seen God at any time; the only begotten Son, which is in the bosom of the Father, he hath declared him."

I offer this answer as a trinitarian, and not as a person whose Christian faith is based on any creed. My faith in Jesus Christ, the Word of God, being the only begotten Son of God the Father is based entirely on scripture.

The short answer is that Jesus is the begotten Son of God the Father!

Although Trinitarians will haggle to some degree over definitions in place here. I would like to give a response based on the Catholic viewpoint. Other denominations, I am sure will have a similar understanding also.

Before going on it would good to be be aware that both translations and interpretation will vary even within a Trinitarian outlook.

Perichoresis (from Greek: περιχώρησις perikhōrēsis, "rotation")1 is a term referring to the relationship of the three persons of the triune God (Father, Son, and Holy Spirit) to one another. Circumincession is a Latin-derived term for the same concept. It was first used as a term in Christian theology, by the Church Fathers. The noun first appears in the writings of Maximus Confessor (d. 662) but the related verb perichoreo is found earlier in Gregory of Nazianzus (d. 389/90). Gregory used it to describe the relationship between the divine and human natures of Christ as did John of Damascus (d. 749), who also extended it to the "interpenetration" of the three persons of the Trinity, and it became a technical term for the latter. It has been given recent currency by such contemporary writers as Jürgen Moltmann, Miroslav Volf, John Zizioulas, Richard Rohr, and others.

Modern authors extend the original usage as an analogy to cover other interpersonal relationships. The term "co(-)inherence" is sometimes used as a synonym.

Since humans are made in the image of God, a Christian understanding of an adequate anthropology of humans' social relations is informed by the divine attributes, what can be known of God's activity and God's presence in human affairs. Theologians of the Communio school such as Hans Urs von Balthasar, Henri de Lubac, and Joseph Ratzinger (later Pope Benedict XVI) locate the reciprocal dynamism between God and God's creatures in the liturgical action of sacrament, celebrating the sacred mysteries in Eucharistic communion, in a hermeneutic of continuity and apostolic unity. 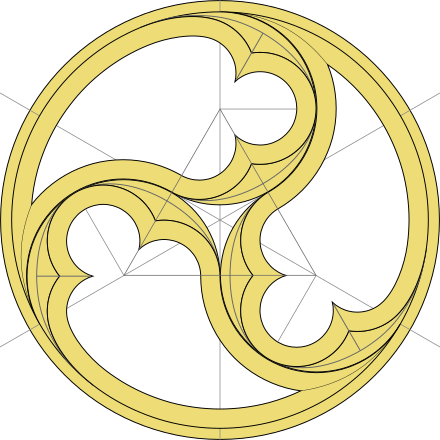 Tim Staples has a good take on this issue in his article: Explaining the Trinity. St. Thomas Aquinas explains, and Scripture reveals, the Son is uniquely “begotten” of the Father!

Processions and Relations in God

In Catholic theology, we understand the persons of the Blessed Trinity subsisting within the inner life of God to be truly distinct relationally, but not as a matter of essence, or nature. Each of the three persons in the godhead possesses the same eternal and infinite divine nature; thus, they are the one, true God in essence or nature, not “three Gods.” Yet, they are truly distinct in their relations to each other.

In order to understand the concept of person in God, we have to understand its foundation in the processions and relations within the inner life of God. And the Council of Florence, AD 1338-1445, can help us in this regard.

The Council’s definitions concerning the Trinity are really as easy as one, two, three… four. It taught there is one nature in God, and that there are two processions, three persons, and four relations that constitute the Blessed Trinity. The Son “proceeds” from the Father, and the Holy Spirit “proceeds from the Father and the Son.” These are the two processions in God. And these are foundational to the four relations that constitute the three persons in God. These are those four eternal relations in God:

We should take note of the distinction between the “generative” procession that constitutes the Son, and the “spirative” procession that constitutes the Holy Spirit. As St. Thomas Aquinas explains, and Scripture reveals, the Son is uniquely “begotten” of the Father (cf. John 3:16; 1:18). He is also said to proceed from the Father as “the Word” in John 1:1. This “generative” procession is one of “begetting,” but not in the same way a dog “begets” a dog, or a human being “begets” a human being. This is an intellectual “begetting,” and fittingly so, as a “word” proceeds from the knower while, at the same time remaining in the knower. Thus, this procession or begetting of the Son occurs within the inner life of God. There are not “two beings” involved; rather, two persons relationally distinct, while ever-remaining one in being.

The Holy Spirit proceeds from the Father and the Son, but not in a generative sense; rather, in a spiration. “Spiration” comes from the Latin word for “spirit” or “breath.” Jesus “breathed on them, and said to them, “Receive the Holy Spirit…” (John 20:22). Scripture reveals the Holy Spirit as pertaining to “God’s love [that] has been poured into our hearts” in Romans 5:5, and as flowing out of and identified with the reciprocating love of the Father for the Son and the Son for the Father (John 15:26; Rev. 22:1-2). Thus, the Holy Spirit’s procession is not intellectual and generative, but has its origin in God’s will and in the ultimate act of the will, which is love.

As an infinite act of love between the Father and Son, this “act” is so perfect and infinite that “it” becomes (not in time, of course, but eternally) a “He” in the third person of the Blessed Trinity. This revelation of God’s love personified is the foundation from which Scripture could reveal to us that “God is love” (I John 4:8).

God is not revealed to “be” love in any other religion in the world other than Christianity because in order for there to be love, there must be a beloved. From all eternity, the Father, Son, and Holy Spirit have poured themselves out into each other in an infinite act of love, which we, as Christians, are called to experience through faith and the sacraments by which we are lifted up into that very love of God itself (Romans 5:1-5).

It is the love of God that binds us, heals us, and makes us children of God (I John 4:7; Matt. 5:44-45). Thus, how fitting it is that the Holy Spirit is depicted in Revelation 22:1-2, as a river of life flowing out from the Father and the Son and bringing life to all by way of bringing life to the very “tree of life” that is the source of eternal life in the the Book of Revelation (Rev. 22:19).

It is the having of a son that makes one a Father. Therefore the being "God" is made both God and Father by the begetting of the Son:

Blessed be the God and Father of our Lord Jesus Christ, who has blessed us in Christ with every spiritual blessing in the heavenly places - Ephesians 1:3

There are many places in Scripture where reference is made to Jesus as the "only-begotten Son" of God in distinction to the created sons (all who are "in" Adam):

And the Word was made flesh, and dwelt among us, (and we beheld his glory, the glory as of the only begotten of the Father,) full of grace and truth. - John 1:14

It is also found in the Nicene Creed where it is declared that Jesus is the "only begotten" (monogenes) and a derivative "begotten not made" (gennao).

This article "Deep In The Weeds on MONOGENES and Eternal Generation" makes a compelling case that:

Moody’s article defends the RSV’s translation of MONOGENES, arguing that “only begotten” is an etymological, linguistic, and historical error. He certainly was not the first one to have made this case, but his arguments in particular seem to have influenced at least two generations of New Testament scholarship. I think this is due in no small part to the fact that Moody’s article is the first one cited in BDAG’s entry on MONOGENES (BDAG is the most important and authoritative lexicon of New Testament words; see right). Anyone looking to BDAG for a definition of MONOGENES is going to be confronted with the non-generative interpretation of the term that is reflected in Moody’s article.

The article makes a good case for both "only begotten" and "eternal generation" as ideas having solid scriptural support which was recognized by the Church Fathers and therefore incorporated into the Nicene Creed.

There has never been a "time" where God was not also Father since the Son is eternally begotten and therefore it is equally appropriate to refer to Jesus as the Son of God and the Son of the Father:

And we have seen and testify that the Father has sent His Son to be the Savior of the world. Whoever confesses that Jesus is the Son of God, God abides in him, and he in God. - 1 John 4:14-15

Not the answer you're looking for? Browse other questions tagged nature-of-god trinity christology persons-of-the-trinity or ask your own question.