Is abortion okay, if the mother's life is at risk, according to Catholicism?

Is it okay to abort a baby when the continuation of the pregnancy may result in the death of his or her mother, according to Catholicism?

In Catholic morality, abortion is always wrong. Another principle is that intention is primary: it's about saving lives. When in saving the mother's life and reasonable care has been done for the unborn baby but the baby still does not survive, it's not called abortion as it is the unintended side effect.

The article A Dangerous Pregnancy and Abortion goes over the decision making process when there is a dangerous pregnancy that can result in the death of the mother, the unborn baby, or both.

I freely quote from the article above:

Let us not forget of the reverse scenario where the mother remains free to make a morally licit decision to risk her own health to save her baby's life, as Ken Graham's answer shares the story of St. Gianna Beretta Molla who powerfully showed how an unborn baby's life is as precious as the mother's life, and how her testimony of sacrificial love has inspired many in the world today as an excellent imitation of Christ's sacrifice for us.

Is abortion ok if the mother's life is at risk according to Catholicism?

Generally speaking, the short answer is no, unless the surgery would be absolutely necessary and the death of the infant would have been caused as an unintended consequence.

Grateful Disciple gives an excellent answer, to which I would like to simply add a few lines of thought to this issue.

First of all, I would like to state what the Catechism of the Catholic Church states on the subject of abortion.

2270 Human life must be respected and protected absolutely from the moment of conception. From the first moment of his existence, a human being must be recognized as having the rights of a person - among which is the inviolable right of every innocent being to life.

Before I formed you in the womb I knew you, and before you were born I consecrated you.

My frame was not hidden from you, when I was being made in secret, intricately wrought in the depths of the earth.

2271 Since the first century the Church has affirmed the moral evil of every procured abortion. This teaching has not changed and remains unchangeable. Direct abortion, that is to say, abortion willed either as an end or a means, is gravely contrary to the moral law:

You shall not kill the embryo by abortion and shall not cause the newborn to perish.

God, the Lord of life, has entrusted to men the noble mission of safeguarding life, and men must carry it out in a manner worthy of themselves. Life must be protected with the utmost care from the moment of conception: abortion and infanticide are abominable crimes.

2272 Formal cooperation in an abortion constitutes a grave offense. The Church attaches the canonical penalty of excommunication to this crime against human life. "A person who procures a completed abortion incurs excommunication latae sententiae," "by the very commission of the offense," and subject to the conditions provided by Canon Law. The Church does not thereby intend to restrict the scope of mercy. Rather, she makes clear the gravity of the crime committed, the irreparable harm done to the innocent who is put to death, as well as to the parents and the whole of society.

2273 The inalienable right to life of every innocent human individual is a constitutive element of a civil society and its legislation:

"The inalienable rights of the person must be recognized and respected by civil society and the political authority. These human rights depend neither on single individuals nor on parents; nor do they represent a concession made by society and the state; they belong to human nature and are inherent in the person by virtue of the creative act from which the person took his origin. Among such fundamental rights one should mention in this regard every human being's right to life and physical integrity from the moment of conception until death."

"The moment a positive law deprives a category of human beings of the protection which civil legislation ought to accord them, the state is denying the equality of all before the law. When the state does not place its power at the service of the rights of each citizen, and in particular of the more vulnerable, the very foundations of a state based on law are undermined. . . . As a consequence of the respect and protection which must be ensured for the unborn child from the moment of conception, the law must provide appropriate penal sanctions for every deliberate violation of the child's rights."

2274 Since it must be treated from conception as a person, the embryo must be defended in its integrity, cared for, and healed, as far as possible, like any other human being.

Prenatal diagnosis is morally licit, "if it respects the life and integrity of the embryo and the human fetus and is directed toward its safe guarding or healing as an individual. . . . It is gravely opposed to the moral law when this is done with the thought of possibly inducing an abortion, depending upon the results: a diagnosis must not be the equivalent of a death sentence."

2275 "One must hold as licit procedures carried out on the human embryo which respect the life and integrity of the embryo and do not involve disproportionate risks for it, but are directed toward its healing the improvement of its condition of health, or its individual survival."

"It is immoral to produce human embryos intended for exploitation as disposable biological material."

"Certain attempts to influence chromosomic or genetic inheritance are not therapeutic but are aimed at producing human beings selected according to sex or other predetermined qualities. Such manipulations are contrary to the personal dignity of the human being and his integrity and identity"85 which are unique and unrepeatable.

This can be demonstrated by the heroic sacrifice mothers do to save their children. Gianna Beretta Molla is a good example of this.

Gianna Beretta Molla, a medical doctor by profession, refused to have an abortion in order to save herself after being diagnosed with a fibroma on her uterus.

In 1961 – during the second month of her fourth and final pregnancy – Molla developed a fibroma on her uterus. The doctors gave her three choices following an examination: an abortion or a complete hysterectomy or the removal of the fibroma alone. The Church forbade all direct abortion but teachings on the principle of double effect would have allowed her to undergo the hysterectomy which would have caused her unborn child's death as an unintended consequence.

Molla opted for the removal of the fibroma since she wanted to preserve her child's life; she told the doctors that her child's life was more important than her own. On the morning of 21 April 1962 – Holy Saturday – Molla was sent to the hospital where her fourth child – Gianna Emanuela – was delivered via a Caesarean section. But Molla continued to have severe pain and died of septic peritonitis one week after giving birth in the morning of 28 April at 8:00am. Her daughter Gianna Emanuela still lives and is a doctor of geriatrics.

Her husband wrote a biographical account of her life in April 1971 and dedicated it to his children. He often told Gianna Emanuela that her mother's choice was one of conscience as both a loving mother and a doctor.

Molla was proclaimed as a saint of the Catholic Church in Saint Peter's Square on 16 May 2004, by Pope John Paul II.

Molla's husband and their children were present at the canonization. It was the first time that a husband had ever witnessed his wife's canonization. 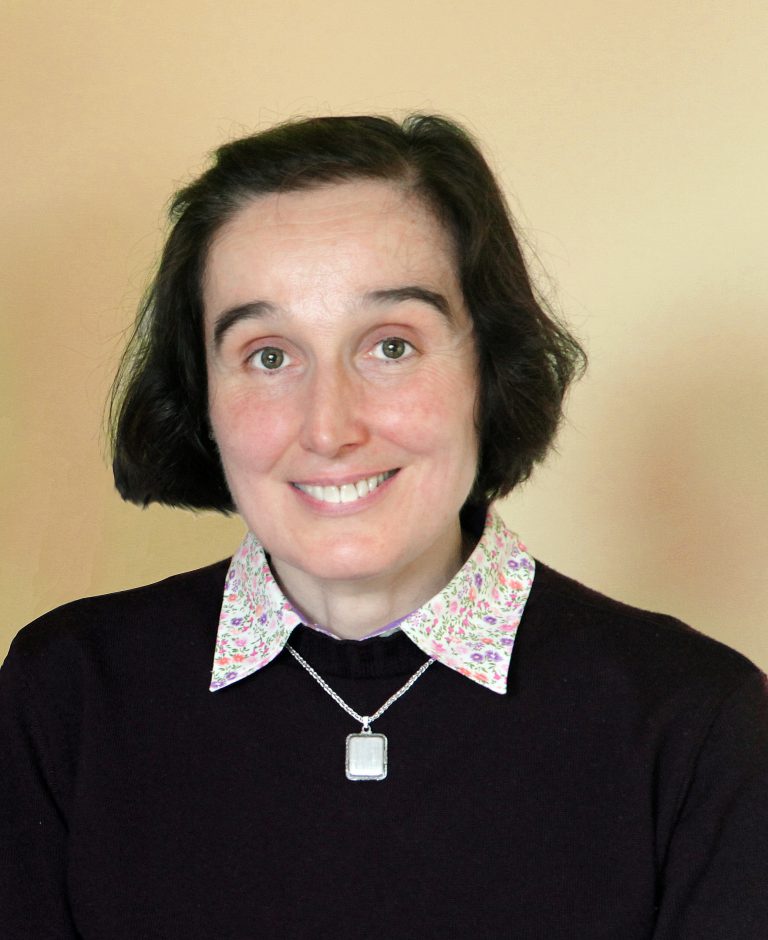 Dr Gianna Emanuela Molla was the child that was saved by Dr Gianna Beretta Molla, her mother, during the fatal fibroma during her final pregnancy. She witnessed her mother’s canonization. 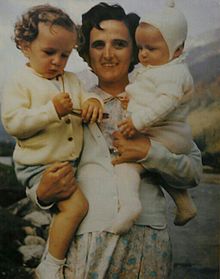 Photograph of Saint Gianna Beretta Molla with her two children.

Not the answer you're looking for? Browse other questions tagged catholicism morality abortion killing .

5
How are ectopic pregnancies supposed to be dealt with according to the Catholic Church?