What is Catholic Church's take on “Whom God Loves Die Young”?

The famous maxim "Whom God Loves Die Young"(adapted) has been accepted as a fact of life, by people across different religions. Let alone geniuses, writers, artists and other celebrities, the saying stands its ground in the case of very ordinary, humble and good people also. But then, one wonders why good people (who are supposed to be dear to God because they are good) die at the prime of their life, rather than being allowed to stay put on this earth for the continued benefit of their fellow beings. And why do bad people (not-so-dear to God because they are bad!) go on living? Looking from a different view-point, are human beings inherently aggressive, selfish and mean? And, are the so-called good people good because they carry some genes which ultimately make them sick and prone to death at an early stage of life? Of course, the Fathers of the Church should have pondered over the great mystery of death, and reached at certain conclusions. My question therefore, is: What is the take of Catholic Church on the maxim "Whom God Loves Die Young"?

What is Catholic Church's take on the phrase “Whom God Loves Die Young”?

This question reminds me of the song by from Billy Joel's from 1977, Only the Good Die Young

As D. J. Clayworth comment puts it nicely into a nutshell:

Pretty much every thinker I know considers this phrase to be just a cliché, whose only value is a superficial comforting of people who have lost a young loved one. I would certainly dispute that it "has been accepted as a fact of life, by people across different religions".

Taken the fact that countless canonized saints have lived to a ripe old age, the phrase is nothing more than a popular expression used when describing someone that has lived a good (holy) life and unfortunately lived a very short life.

Unfortunately (or fortunately) depending how one looks at it, there are very few children that are actually canonized saints.

Of course there are the Holy Innocents.

Both Maria Goretti and the two canonized children of Fatima, Francisco and Jacinta Marto.

Maria Goretti (October 16, 1890 – July 6, 1902) is an Italian virgin-martyr of the Catholic Church, and one of the youngest saints to be canonized. She was born to a farming family. Her father died when she was nine, and they had to share a house with another family, the Serenellis. Maria took over household duties while her mother, brothers, and sister worked in the fields.

She was only 11 years when she was martyred protecting her virginity. 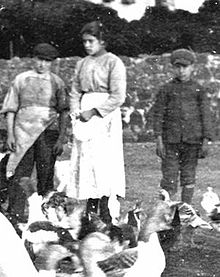 The only known photograph of Maria Goretti, dated to early 1902 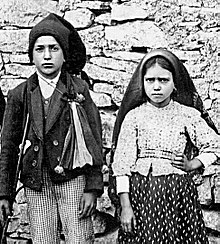 Saints Francisco and Jacinta, circa 1917

As I said before there are countless saints who lived to be very old, but very few children has received the honour of canonization.

I think I remember the Book of Ecclesiastes says God allows some of the good to die young because he does not want them to be corrupted by a long life full of temptations. He wants them for himself as innocents that they are.

Not the answer you're looking for? Browse other questions tagged catholicism death .

8
What arguments would you give to teenagers who are unconcerned about eternal life?
10
What is the Catholic Church's stance on baptism after death?
1
Under what basis does the Catholic Church consider animals, in particular great apes, not to be persons?