I was wanting to know if any of the church fathers have documented anything concerning the gift of healing with eye witness testimony or the gift of Miracles being in operation by the second century?

Yes, The Martyrdom of Polycarp records the following event (occurring circa AD 155):

And as the flame blazed forth in great fury, we, to whom it was given to witness it, beheld a great miracle, and have been preserved that we might report to others what then took place. For the fire, shaping itself into the form of an arch, like the sail of a ship when filled with the wind, encompassed as by a circle the body of the martyr...those wicked men perceived that his body could not be consumed by the fire (see chapters 15-15 here).

It's pretty hard to get away with a fabricated story--let alone publish it all over the empire--when those three things are true.

3 Now Peter and John went up together to the temple at the hour of prayer, the ninth hour. 2 And a certain man lame from his mother’s womb was carried, whom they laid daily at the gate of the temple which is called Beautiful, to ask alms from those who entered the temple; 3 who, seeing Peter and John about to go into the temple, asked for alms. 4 And fixing his eyes on him, with John, Peter said, “Look at us.” 5 So he gave them his attention, expecting to receive something from them. 6 Then Peter said, “Silver and gold I do not have, but what I do have I give you: In the name of Jesus Christ of Nazareth, rise up and walk.” 7 And he took him by the right hand and lifted him up, and immediately his feet and ankle bones received strength. 8 So he, leaping up, stood and walked and entered the temple with them—walking, leaping, and praising God. 9 And all the people saw him walking and praising God.

But you probably mean an extrabiblical source. While he did not leave accounts of specific instances (that I know of), St. Justin Martyr (~100-165) did say that people had been given the gift of healing: 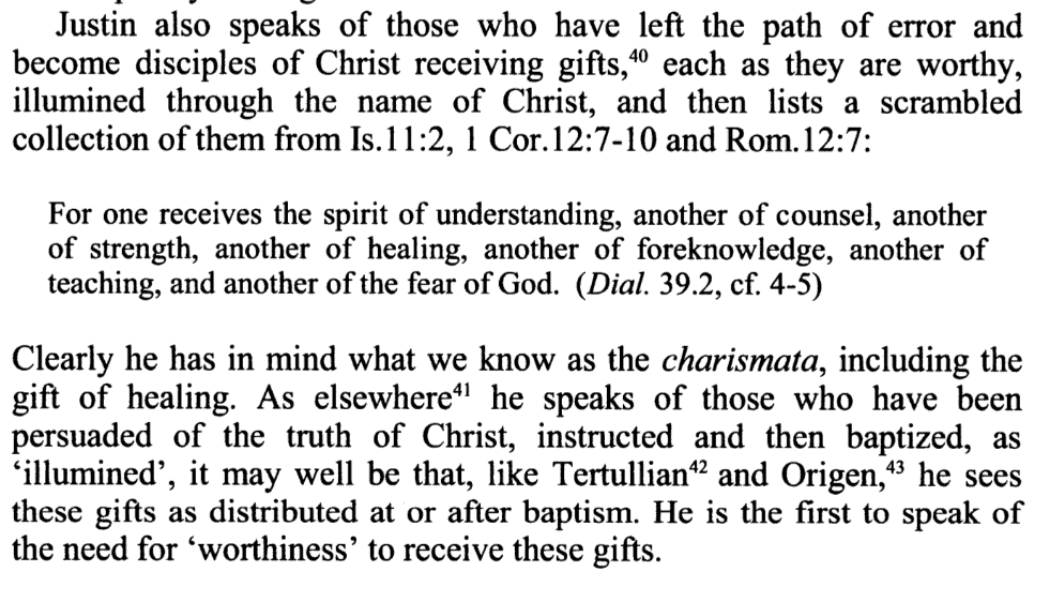 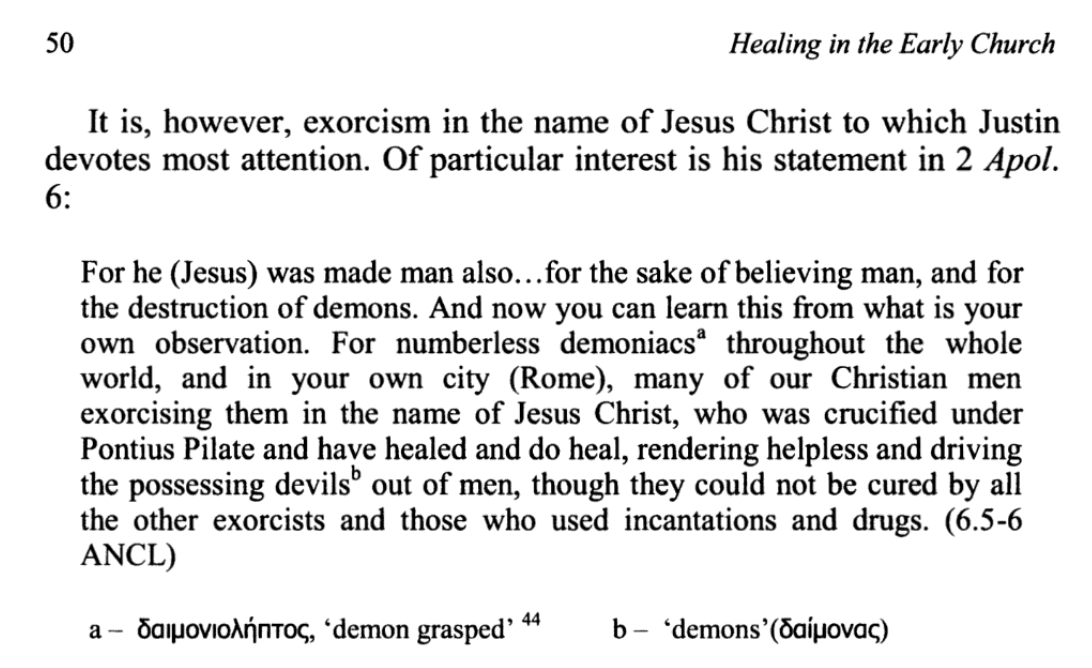 Both screenshots come from Healing in the Early Church by Andrew Daunton-Fear, a book which seems like it might interest you.

Not the answer you're looking for? Browse other questions tagged church-history early-church miracles spiritual-gifts healing .