Does anyone know the name of the pharaoh that Joseph brought his family to meet?

Jacob and his house of 70 Jacob in Egypt, Wikipedia

According to Wikipedia, Jacob brought 70 people to an Egyptian pharaoh.

Israel and his entire house of 70, gathered up with all their livestock and began their journey to Egypt.

The time had come for Joseph's family to personally meet the Pharaoh of Egypt. - Userkaf Userkaf, Wikipedia

Now, based upon this little information regards to the 70 people, I made some efforts myself to find out who this pharaoh might be, and I came across a pharaoh named Userkaf who it is claimed had a chieftain lead 70 women to him, most likely from Canaan.

South of Egypt, Userkaf launched a military expedition into Nubia, while the Old Kingdom annals record that he received tribute from a region that is either the Eastern Desert or Canaan in the form of a workforce of one chieftain and 70 foreigners (likely women), as well as 303 "pacified rebels" destined to work on Userkaf's pyramid. 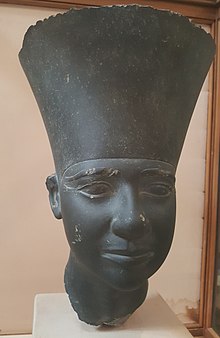 So based upon this, is the reason I am asking. If the pharaoh was not Userkaf, Does anyone know which Egyptian pharaoh it was, or would have been?

I have spent rather too long on this very question... on and off for two or three years.. or was it more? can't remember exactly. I came to the conclusion that, for the 12th dynasty (about 2000 - 1800 bc), Ulrich Luft's dating was the best offer of the expert Egyptologists. The other Egyptologists are Ludwig Borchardt, Richard Anthony Parker and Rolf Krauss all with "slightly" differing chronologies considered within the standard chronology which has scope for variation. Arriving at the real chronology for Egypt is like a huge jig-saw puzzle in which new pieces are being discovered by archaeology all the time. Some important pieces of the jig-saw have been found since the days of Borchardt relating to co-regencies and reign lengths, and astronomical accuracy has improved since Parker, which leaves just the views of Ulrich and Krauss.

The standard chronology of Egypt puts Userkaf at the beginning of the 5th dynasty about 2500 bc. This is too early for the life of Joseph. The only way he might have been Pharaoh is if the Egyptian standard chronology is wrong, and one of the unconventional chronologies, such as that of David Rohl, is correct.

The problem with finding who was Pharaoh is not with the Biblical chronology but with the Egyptian chronology.

However, by taking what we know of the Egyptian chronology and seeing synchronies with the Bible account in the life of Joseph we can have some confidence that Jacob first appeared before either Senusert II (Greek name - Sesostris II) or Senusert III. Both these ruled during the 12th dynasty of the Middle Kingdom era. The latter half of the 12th dynasty is said to have been a golden age for Egypt. It is clear to me that Joseph played the central role in bringing about that golden age.

Astronomical data to help discover the reign years of the Pharaohs of the 12th dynasty include 1. the lunar observations from Il Lahun; 2. 40 other lunar observations; 3. a heliacal rising of the star Sirius on 4 Peret 16 in the 7th year of an unnamed Pharaoh (but who was either Senusert III or Amenemhat III).

The problem with dating based on lunar observational dates is that the moon follows a 19 year cycle so that dates tend to be close to repeating themselves every 19 years.

The problem with dating based on a heliacal rising of Sirius/Sothis is that though the most likely candidate was the city of Memphis, we cannot be sure from what location the observation was made, and if the observation had been made from Elephantine in southern Egypt then the year of observation is several decades later. Rolf Krauss favours observations from Elephantine, Ulrich Luft believes the observations were made from Memphis. The ancient Egyptians said that Sirius disappeared for 70 days in spring/early summer each year - exactly 70 days only happens at Memphis. The history of Moses only fits Egyptian history if Memphis was the city of observation in the 18th dynasty; in later history, in the 6th century AD we are told that the observations were done at Memphis ("Ancient Egyptian Chronlogy" edited by Hornung, Krauss & Warburton, 2006, p440); and Memphis best fits for a synchrony of Egyptian history with the life of Joseph as well.

Whatever the reasons why Krauss would want to shift the city of location (ibid, p441), if we are to believe the scriptural account of the life of Moses then we must hold to Memphis as the city of observation.

[In a nutshell: Moses returned to Egypt after 40 years living with his father-in-law Jethro, after the death of the pharaoh who sought to kill him (Exodus 2:15, 2:23, 4:19; Acts 7:23, 7:30). If the heliacal rising of Sirius was made from Memphis then this plainly fits with the long reign of Thutmoses III ending in 1450 bc. The other proposed city of observation puts the death of Thutmoses III at 1425 bc, which does not fit an Exodus date of 1446 bc: no other pharaoh of the 18th dynasty before Thutmoses III had a reign longer than 25 years.]

Jacob entered Egypt with the children of Israel in 1876 bc at the time that would later be called Passover. This can be calculated from Exodus 12:40,41. At least two independent methods establish the date of the Exodus as 1446 bc.

The first method was calculated first by Valerius Coucke and then independently by Edwin Thiele: they both calculated the beginning of the Temple construction by Solomon in 967 bc. Then 967 + 479 gives 1446 bc for the Exodus (1 Kings 6:1).

In the second method the Seder Olam, a chronology produced in the 1st century, tells us that Ezekiel is writing about a Jubilee Year in Ezekiel 40:1 and that this was the 17th Jubilee Year since entering the Promised Land. Compare this verse with Leviticus 25:9 - Rosh Hashanah, New Year's Day, fell on the 10th of the month only in a Jubilee Year.

In my opinion the date of 1406 bc for the beginning of the conquest of the Promised Land is convincingly supported by the evidence found in the archaeological site at Jericho. (For more on this see: How do Christians reconcile archeology with the Bible in the account of the Battle of Jericho?)

Even though his date for the Exodus is about 1446 BC, David Rohl puts Joseph as ruling Egypt about 1667 bc and Jacob's descent into Egypt at about 1662 bc ("A Test of Time", p331). He does not take account of Exodus 12:40,41 in his chronology, so his chronology does not agree with Scripture.

In the early part of the Twelth Dynasty the local "nomarchs" (barons) had enormous power undermining the power of the pharaoh. During the reign of Senusert III this power was broken and a huge centralised royal administration sprang up with great speed. Egyptologists recognise this transfer of power did not happen because of any civil war.

_The domestic policy of Senusert III "centred on the re-organization of the administrative system. Since the Old Kingdom (2686-2181 BC), the major threat to royal power had probably come from the nomarchs, the provincial governors; a shift in the funerary patterns of the elite (a decline in [the grandeur of] provincial tombs) may indicate that Senusert III reduced their authority drastically by removing many of their established privileges. The means by which this was achieved is unclear, but henceforth it was the king's 'viziers' who oversaw all branches of administration." ("British Museum Dictionary of Ancient Egypt", Shaw & Nicholson).

This mystery of the Middle Kingdom era fits neatly with the seven years of famine when Joseph bought Egypt for the Pharaoh.

For more on the amazing synchronies between the Bible and Egyptian history using the Egyptian standard chronology of Ulrich Luft see my answer here:- Why we do we "know" that Joseph wasn't Hyksos?.

To those interested in a general overview of Egyptian history I recommend "British Museum Dictionary of Ancient Egypt" by Ian Shaw and Paul Nicholson (2nd edition).

Those who want to try and get to grips with the chronology of the 12th dynasty (2000 - 1800 bc) will sooner or later need to get to grips with "Die chronologische Fixierung des agyptischen Mittleren Reiches nach dem Tempelarchiv von Illahun" by Ulrich Luft, 1992. Though I cannot read German I found I this indispensible for info on the "40 other lunar observations". If you can read German then please translate the work into English!

Also "Lunar and Sothic data from the archive of El-Lahun revisited"; A paper by Rita Gautschy in "Current Research in Egyptology 2010 - Proceedings of the Eleventh Annual Symposium - Leiden University 2010".

LYNN ROSE The Astronomical Evidence for Dating the End of the Middle Kingdom of Ancient Egypt to the Early Second Millennium: A Reassessment

Website: The Star Sirius in Ancient Egypt and Babylonia, by Rita Gautschy http://www.gautschy.ch/~rita/archast/sirius/siriuseng.htm

Website: Last and First sightings of the lunar crescent, by Rita Gautschy (Egypt used the last sighting of old crescent, everyone else (Babylon, etc) used first sighting of new crescent to determine first day of each month) http://www.gautschy.ch/~rita/archast/mond/mondeng.html

Not the answer you're looking for? Browse other questions tagged bible old-testament jacob joseph ancient-egypt .

12
Why we do we "know" that Joseph wasn't Hyksos?
15
How do Christians reconcile archeology with the Bible in the account of the Battle of Jericho?

6
Joseph reveals himself to his brothers, why the elaborate ruse?
1
How does the life of Joseph (son of Jacob) foreshadow the life of Jesus the Messiah?
1
Does Christ explicitly say that this was his first time on Earth?
6
Do any Christian groups believe that Joseph built the pyramids to store grain in?
5
What was the name of the Pharaoh during the time of Moses?
3
Paintings of the Holy Family with a young St. Joseph?
12
Why do we use the Hebrew name for Daniel, but Persian names for his companions?
2
Why was the name of St Joseph not mentioned at Luke 2: 19?
3
How did Mary know after the Annunciation that she would be accepted as wife by Joseph?