Has ever a lunatic locked up in a insane asylum/psych ward converted to Christianity after having their soundness of mind miraculously restored?

Are there any published testimonies of individuals that were sent to lunatic asylums or psychiatric wards as "lost causes" due to severe mental illness, that eventually converted to Christianity after having their soundness of mind miraculously restored?

Or in simpler terms: has ever a lunatic in an insane asylum/psych ward had an unexpected spontaneous recovery that led to their conversion to Christianity?

After some searching, I managed to find some relatively recent anecdotes. As a disclaimer, I want to make clear right away that I'm not aware of any medical records or other kinds of supportive evidence for these testimonies. I'm just sharing what these individuals claim to have experienced, and each one is free to either take their word for it or remain skeptic.

Very briefly, the story goes as follows: Gary was a successful and high-achieving student up until ninth grade, where he had a terrible car accident that severely impaired his physical health and destroyed all his sport-related dreams. He turned to drugs and hanging out with drug addict friends as an escape, his mental health heavily deteriorated, he began to hear voices and eventually broke into a house and tried to assault a woman and her husband. He was sent to an insane asylum, got locked up in an isolation ward, was about to be subjected to an experimental lobotomy type surgery that had always resulted in the patient's death, when suddenly a pastor visited him, prayed for him, the power of God fell over him, he totally recovered his mental sanity, and God's voice even guided him out of the isolation ward and the mental institution (sort of like Paul leaving the jail). There are many more details, and I highly encourage the reader to watch the full testimony.

The video's description has a very eloquent summary:

Testimony starts at 2 min mark on the video. Anointed candy bar delivers woman who had been in an insane asylum for 30 years. Acts 19:11-12 states: “ And God wrought special miracles by the hands of Paul: So that from his body were brought unto the sick handkerchiefs or aprons, and the diseases departed from them, and the evil spirits went out of them.”

Summary: a 76 year old woman approached Bertrand H. Clendennen and told him that God had told her that he was the one to pray for his husband to get healed. The catch: her husband had been in an insane asylum for years, with severe loss of memory (probably Alzheimer), couldn't even sit down on his own, etc. Bertrand visited the man, prayed for him and left. Very soon they received a phone call with the news: the 76 year old woman's husband was completely healed and on his way to meet them (the man had been released from the insane asylum).

Has ever a lunatic locked up in a insane asylum/psych ward converted to Christianity after having their soundness of mind miraculously restored?

The short answer is possibly.

However fine toned this question could be, there are a few problems that seem to come with the territory.

Let us first start with understanding the term ”conversion”.

Conversion comes from the Latin conversio, meaning “to turn around.” In the New Testament, the Greek writers used the word metanoia, meaning a change of heart, particularly toward repentance.

Do not know if the following example will qualify as an example, but I post it simply as a matter of fact. After all the act of interior conversion towards God is in itself somewhat of a miracle by itself.

St. John of John converted after being incarcerated in the Royal Hospital of Granada reserved for the mentally ill. His conversion process was initially started before his hospitalization, but was completed while in a hospital of the mentally ill.

Cidade experienced a major religious conversion on Saint Sebastian's Day (January 20) of 1537, while listening to a sermon by John of Ávila, a leading preacher of the day who was later to become his spiritual director and would encourage him in his quest to improve the life of the poor. At the age of 42, he had what was perceived at the time as an acute mental breakdown. Moved by the sermon, he soon engaged in a public beating of himself, begging mercy and wildly repenting for his past life. He was incarcerated in the area of the Royal Hospital reserved for the mentally ill and received the treatment of the day, which was to be segregated, chained, flogged, and starved. Cidade was visited by John of Avila, who advised him to be more actively involved in tending to the needs of others rather than in enduring personal hardships. John gained peace of heart, and shortly after left the hospital to begin work among the poor. - St. John of God

Blessed Francisco Palau as an exorcist, would perform exorcisms of the sick in hospitals for the mentally ill. Those who were genuinely possessed by the demon were cured. Whereas those who suffered of genuine mental health issues were not cured.

Wikipedia brushes over this simply as saying the following:

In 1867 the Commissariat of Discalced Carmelite friars in Spain appointed Palau as the Director of the Discalced Carmelite tertiaries of the nation. In 1868 he initiated in Barcelona the weekly publication of El ermitaño (The Hermit). He assisted the sick and he practiced exorcism. He even created a project for a religious order dedicated exclusively to that ministry.Blessed Francisco Palau

Fr. Gabriela Amorth in his book An Exorcist Tells His Story, goes into a little more details about Blessed Francisco Palau’s work with patients in the hospitals with mental health issues. However, Fr. Amorth does not go into detail about individual cases. Nevertheless, some would call this miraculous, while others would not.

Certainly, some of the possessed would have had to convert towards God from sinful living!

Prior to hospital establishments for the mentally ill existed a mad woman was cured by visiting the cave of St. Benedict of Nursia (480-547).

No particulars are known about the women’s life.

A certain woman falling mad, lost the use of reason so far, that she walked up and down, day and night, in mountains and valleys, in woods and fields, and rested only in that place where extreme weariness enforced her to stay. On a day it so fell out, that albeit she wandered at random, yet she missed not the right way: for she came to the cave of the blessed man Benedict: and not knowing anything, in she went, and reposed herself there that night, and rising up in the morning, she departed as sound in sense and well in her wits, as though she had never been distracted in her whole life, and so continued always after, even to her dying day. - How a Mad Woman was cured in his Cave

In proper biographies of Blessed Francisco Palau y Quer one could read how this exorcist priest visited hospitals which homed the mentally ill. Those who were genuinely possessed were cured while others were placed in the hands of competent doctors. The distinction of illness due to some mental issues and diabolical possession were not clearly understood in his days!

For this purpose he traveled to Rome twice. He went there in 1866 to speak with Pope Pius IX, and returned in 1870, to distribute a brief for the renewal and mobilization of the office of Exorcist to the bishops attending the First Vatican Council.

At his house in Vallcarca, Fr. Palau already provided shelter to people who showed signs of demonic possession or felt tormented by the Evil One.

Should the Pope declare a priestly crusade against Satan and his minions-as Fr. Palau expected-specialized spiritual retreats for priests would have to be held. The building would be used for this purpose as well.

In the meantime, many people were claiming that they had been miraculously cured of physical ailments while visiting Vallcarca; others that they had been freed from diabolical possession. These cures and liberations were attributed to Fr. Palau.

Fr. Palau only performed solemn exorcisms when authorized by the Bishop. At other times, his prayers and personal charisms were sufficient to rout the evil spirits.

His meticulous obedience to Canon Law and his unfailing discernment enabled him to identify the cases that belonged to the realm of medicine. These sufferers he placed in the care of trustworthy doctors. - Blessed Palau 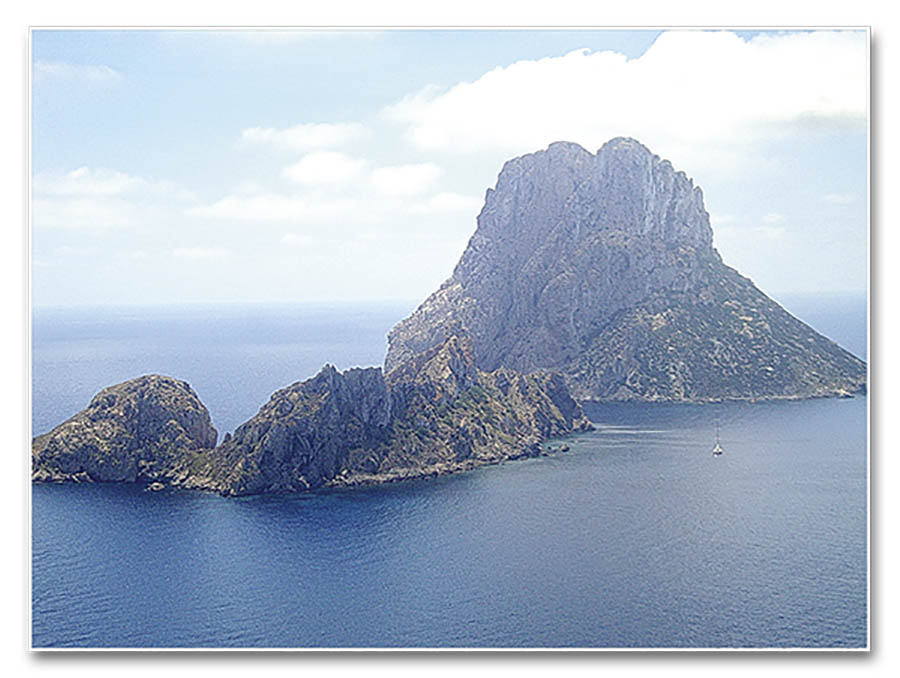 Island of Ibiza, where Blessed Palau spent 10 years exiled by the anti-clerical government of Spain, living a life of prayer in a cave, just like St. Benedict of Nursia.

Not the answer you're looking for? Browse other questions tagged miracles conversion healing mental-illness testimony .

3
Has a notable militant non-Christian ever converted to Christianity due to a "Road to Damascus" experience?
2
What is an overview of how Christians discern genuine cases of demonic influence from mundane mental health problems?
4
Is the Holy Spirit more effective at restoring people's mental health than secular therapeutic approaches and treatments?