Why does Infant Jesus wear a big crown in pictures? [closed]

Ask Question
Asked 9 months ago
Active 9 months ago
Viewed 67 times
-3
Closed. This question needs details or clarity. It is not currently accepting answers.

In many images of Infant Jesus, (for example Infant Jesus of Prague,) he is shown as wearing a huge crown which looks larger-than-life in size. Is there any historical reason for the same? What does the Catholic Church tell about the reasons for and philosophy behind depicting Infant Jesus with a crown too big for his head?

The origin of this custom is Byzantine (Orthodox) 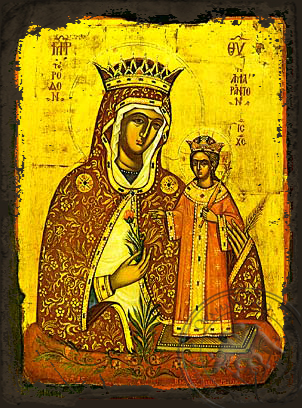 Up to the advent of Protestantism, Christianity regarded God as the ultimate king. This is also the origin of the old Greek name for a church building: βασιλική (basilike, "royal"). In the construction of such a church, the throne & altar would be as far as possible from the door, against the wall (to protect the king from assassination attempts). This and the form & clothing of church ceremonies are taken from the prevailing customs of the Byzantine court. The same goes for the depictions of the Nazarene as a child. 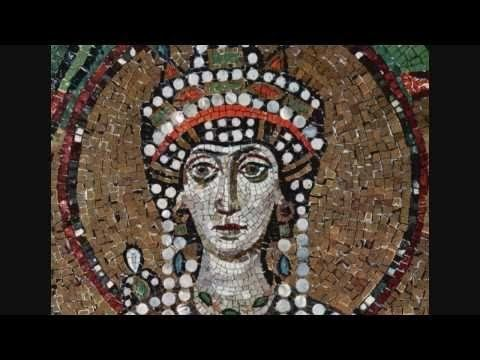 Even after the schism between the Catholic and Orthodox churches, the depiction style remains prevalent in Western European art until the advent of Protestantism.

Not the answer you're looking for? Browse other questions tagged catholicism eastern-orthodox art or ask your own question.

3
What is the name of this painting of Mary and the infant Jesus?
10
Has the prohibition against construction and veneration of statues and images been abrogated?
1
What is the significance of the Eucharist's sacramental species?
13
What is the "fideism" rejected by the Catholic Church?
5
What reasons do Catholics have for believing Jesus is God?
3
How to suggest more reasonable themes/paradigms for the Covid-19 homilies (sermons) to the Catholic priests and bishops?