What is the basis of the teaching that souls in purgatory can intercede for the living?

Point 6 in the Our Sunday Visitor Article "9 truths about purgatory" is that souls in purgatory can intercede for us:

The souls in purgatory can’t do anything for themselves, but the Church has long believed that they can do something for us: They can pray for us, helping obtain for us the graces we need to follow Christ more perfectly.

Two other questions related to their consciousness while in purgatory, given their status as disembodied souls:

What is the Catholic teaching on this: from Scripture, Magisterium, and/or respected saints & theologians?

What is the basis of the teaching that souls in purgatory can intercede for the living?

First of all, we must remember that there are three divisions that make up the Communion of Saints: the Church Triumphant (those in heaven), the Church Suffering (those in purgatory) and the Church Militant (those among the living on earth).

The Church ultimately has not ruled definitively on this matter. The faithful are allowed to have differing opinions one way or the other. St. Thomas Aquinas believed that, although the souls in purgatory “are above us on account of their impeccability”, they nonetheless “are not in a condition to pray” for those on earth. Other theologians and Doctors of the Church have disagreed with St. Thomas’ assessment. In the first place, St. Robert Bellarmine sees the souls in purgatory as being more than capable of praying for us, as they have greater love for God than we possibly can on this earth, given their close proximity to heaven, not to mention that they are ensured that they will enter heaven eventually. However, he denies that the Church Suffering are aware of our condition and circumstances on earth as the Church Triumphant are (De Purgatorio, Book 2, Chapter 15).

The Church refers to the souls in purgatory as the Holy Souls in Purgatory, since their salvation has been assured., although their souls must be purified from the remaining residue of sin committed while on earth! Thus, in the mind of the Church the Holy Souls in Purgatory are saints and the Church has gone to such depths in this idea as to attribute a feast in their honour known as All Soul’s Day (November 2nd), following the Feast of All Saint’s Day (November 1st). In Roman Catholicism, the Feast of All Souls if a feast of 2nd order and is a day of solemnity in some areas and Religious Orders.

The Church equally teaches that the Holy Souls in Purgatory cannot pray for themselves. While in purgatory, Divine Justice purifies souls, the burning pain of waiting can be extinguished by suffrages, that is, by the prayers and sacrifices of the living still on earth.

Can the Holy Souls help us?

The Church's most respected authorities have explained that, although the Souls in Purgatory cannot pray for themselves, they can intercede for the living. Saint Alphonsus stated:

They are unable to pray or merit anything for themselves, yet, when they pray for others, they are heard by God.

If one knew what we may obtain from God by the intercession of the Poor Souls, they would not be so much abandoned. Let us pray a great deal for them; they will pray for us.

"We believe that the multitude of those gathered around Jesus and Mary in Paradise forms the Church of heaven, where in eternal blessedness they see God as he is and where they are also, to various degrees, associated with the holy angels in the divine governance exercised by Christ in glory, by interceding for us and helping our weakness by their fraternal concern" (Paul VI, CPG § 29).

The souls in purgatory are part of the Communion of saints:

The communion of saints is the spiritual solidarity which binds together the faithful on earth, the souls in purgatory, and the saints in heaven in the organic unity of the same mystical body under Christ its head, and in a constant interchange of supernatural offices. The participants in that solidarity are called saints by reason of their destination and of their partaking of the fruits of the Redemption (1 Corinthians 1:2 — Greek Text). - The Communion of Saints

The Church is the family united in prayer! The saints pray for us and we pray for them, whether in Heaven or Purgatory. In return they pray for us!

Let us remember that St. John states that the four living creatures and the twenty-four elders presented the prayers of the faithful to God.

8 And when he had taken it, the four living creatures and the twenty-four elders fell down before the the Lamb. Each one had a harp and they were holding golden bowls full of incense, which are the prayers of God’s people. - Revelation 5: 8

The people of God includes both the living and the dead!

Elisha the Prophet is considered a Saint in the Catholic Church and yet his body was the biblical story of a resurrection! Thus the saint obtain miracles through their intercession with God’s permission.

20And Elisha died and was buried. Now the Moabite raiders used to come into the land every spring. 21Once, as the Israelites were burying a man, suddenly they saw a band of raiders, so they threw the man's body into Elisha’s tomb. And when he touched the bones of Elisha, the man was revived and stood up on his feet. 22And Hazael king of Aram oppressed Israel throughout the reign of Jehoahaz.… - 2 Kings 13:21

On both sides of the coin, the Church has a position on each each side of it. We pray for the Holy Souls in purgatory and they pray for us. 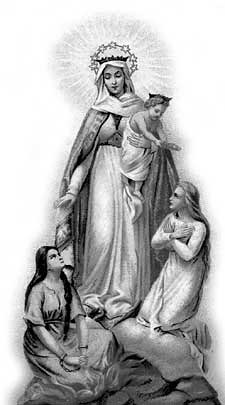 Our Lady, the Liberator 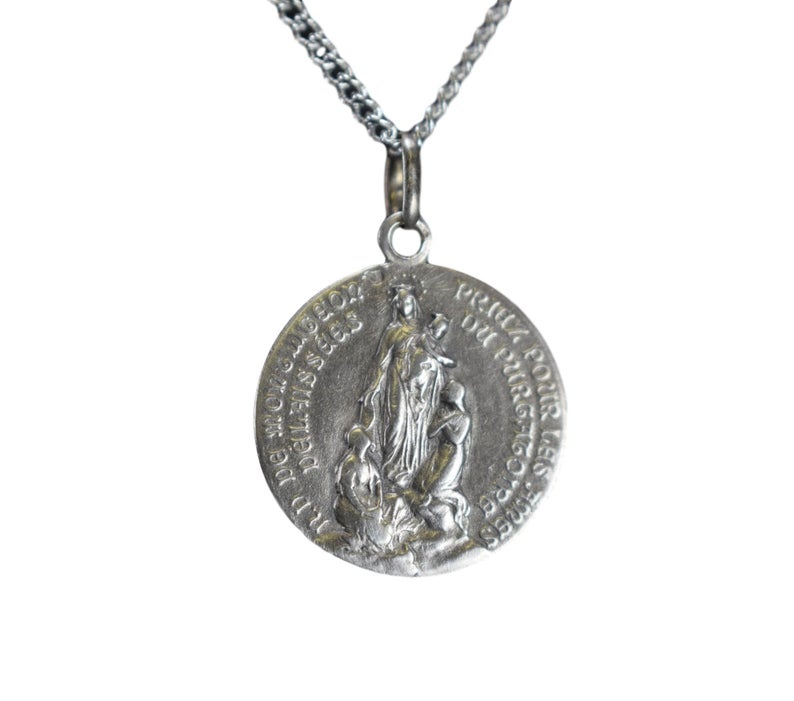 Yet they pray for us! 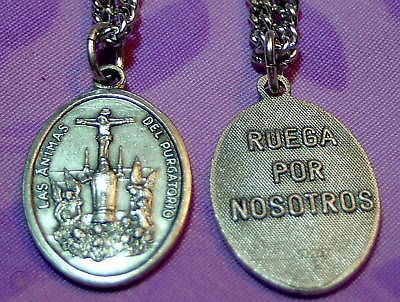 Not the answer you're looking for? Browse other questions tagged catholicism purgatory communion-of-saints intercession .

10
Are there any biblical examples of Early Church disciples praying to deceased saints in order to request their intercessory prayer?
6
How does Catholicism biblically defend purgatory in a way that upholds the sufficiency of Christ's work?
4
About the intercessions of Saints to God, on one's behalf?

27
What is the Biblical support for Purgatory?
1
What is the biblical basis for those in heaven being able to pray for the living?
8
Why doesn't the Catholic Church give indulgences to everybody, regardless of their works?
7
Offering Indulgences to the Poor souls in Purgatory
5
What happens to a rejected grace?
5
Can an indulgence be applied to a deceased non-Catholic Christian?
3
Did any medieval Catholics believe in the possibility the repentance was possible immediately after death?
1
Why Catholic Saints are said to be in heaven but not yet given their resurrected bodies?
6
How does Catholicism biblically defend purgatory in a way that upholds the sufficiency of Christ's work?
1
Are there souls in hell who contributed to other soul's salvation?