Does the verse in Song of Solomon 5:16 contain the name of the Islamic prophet Muhammad?

I have met Muslims and interacted with them directly and indirectly about their brief that the Islamic prophet Muhammad is mentioned in the Bible. One such claim is centred on the Song of Solomon 5:16. The following is how Muslims usually reason in support of their view:

In Song of Solomon 5:16 the original text reads: חכו ממתקים וכלו מחמדים זה דודי וזה רעי בנות ירושלם. The original Hebrew word in the verse mentioning the name Muhammad is “מחמד”. [These letters in English are MHMD and in Arabic are محمد (Muhammad)].

But, does the above understanding base on exegesis or eisegesis?

Q - Does the verse in Song of Solomon 5:16 contain the name of the Islamic prophet Muhammad?

A – No, it does not. In Song of Solomon 5:16, the maiden says of her lover, "His mouth is sweetness itself; he is altogether lovely. This is my beloved, this is my friend, daughters of Jerusalem." The word translated as "lovely" is the Hebrew word ‘machamadim’. It is the plural of ‘machamad’, which means “lovely, cute, or desirable.” Although it is the root word of Muhammad, it does not follow that the verse refers to Muhammad, especially since the word used is a plural adjective, not the name of a person.

Q – Is the Muslim understanding of Song of Solomon 5:16 based on exegesis or eisegeis?

Eisegesis involves 1) imagination: what idea do I want to present? 2) exploration: what Scripture passage seems to fit with my idea? and 3) application: what does my idea mean? Notice that, in eisegesis, there is no examination of the words of the text or their relationship to each other, no cross-referencing with related passages, and no real desire to understand the actual meaning. Scripture serves only as a prop to the interpreter’s ideas.

A – It is based on eisegesis. One reason is that the Muslim interpretation fails to adhere to the rules of grammar. It fails the literal principle because it tries to spiritualize or allegorize words that literally mean “lovely, cute, or desirable.” It also fails the historical principle because it interprets Hebrew Scripture according to a modern culture/religion rather than placing scripture in its historical context. Finally, the Muslim interpretation of this Bible verse fails the “Synthesis Principle” of good exegesis:

Biblical exegesis does not support the Muslim interpretation of Song of Solomon 5:16.

But, is the above understanding based on exegesis or eisegesis ?

To answer a question with another question:

Just as Christians themselves have no moral qualms in enriching the basic literal meaning of the aforementioned Old Testament passages with a distinctly Christian understanding, despite the protestations of the Jews, to whom these scriptures were originally given, so also Muslims do not hesitate to add a distinctly Islamic layer of meaning to this and other Old Testament passages, despite protestations from both Jews and Christians, in whose possession the Bible was found long before Muhammad arrived on the world scene.

The Hebrew מחמד and the Arabic حمد {which gave rise to Muhammad (محمد), Mahmud (محمود), Ahmad, Hamid, and Hamida} are indeed etymologically related, both stemming from the same Semitic root, Ḥ-M-D, corresponding to the Hebrew ח־מ־ד and the Arabic ح_م_د.

Here in this verse, the word used in the original Hebrew is makhmadd’im [מַחֲמַדִּ֑ים], neither Mahmad nor Muhammad nor even Mahmaddim. Being in the family of the Semetic languages both Hebrew and Arabic have many words with similar meanings as well as sounds, but not necessarily always they mean the same thing. Here are a couple of examples:

Likewise, the Hebrew word makhmadd’im [מַחֲמַדִּ֑ים] doesn’t mean Muhammad, but all together lovely. This word was never understood as Muhammad or a proper name, for that matter, by its context and meaning. Which is why even in ancient translations such as Septuagint, which is a Greek translation of the Old Testament made in 2n Century B.C, the word used is ‘holos epithumia’ [όλος επιθυμία = entirely desirable] in place of Hebrew ‘makhmadd’im’ [מַחֲמַדִּ֑ים]

In the same chapter in the very beginning we can see that the person described in it is a wine drinker [5:1 “I have drunk my wine”]. I am not quite sure how many Muslims believe that the Islamic prophet was a wine drinker!

There are a dozen other verses that contain the word מחמד, some even (unlike this one) without prefixes or suffixes. Among them:

So if we're going to be consistent, we would have to conclude that these verses are foretelling that Muhammad will be taken away and killed!

Ayin and Aleph are silent vowels, just because the hebrew word akbar starts with an ʿayin (ע), not an alif (א) that doesn't mean that the sound could be akbar, just like for example the word אלוהים which starts with Aleph, however the aleph is silent and the pronunciation is Elohim and not Alohim like one of the muslins friends is commenting

You will find this to be a more complete answer than any other (exegesis). If you are really searching for the trurh I would start with going online & listen to a Rabbi read the verse yourself. You be the judge do you or do you not hear Muhammad. Along with that I give you the 5 points below. Unlike others I will not tell you what to think, Only you can know what your heart tells you deep inside & the effort made to ascertain the truth.

I do agree that scriptutre should interpret itself, so you should know that this is a UNIQUE word, ( מַחֲמַדִּ֑ים Machamaddîm) is only used once, the feminine plular where a singular masc. noun would normally be, is also extreemly rare when to be applied to a person, you see yhe same with [Eloh-im]I give you an example where it was the same for Abraham.

Lastly copy & paste in Machamaddîm (מַחֲמַדִּ֑ים ) into--->GOOGLE TRANSLATE---> there are 2 semetic language options, see what you get, its an unbiased reference point. (Amheric) ሙሐመዲም (Arabic) محمد

24 And the sons of Mishma the son of Ishmael were Shamua, Zecaryon and Obed; and the sons of Dumah were Kezed, Eli, MACHMAD and Amed. 25 And the ...

5.Now, it may suprise you to know that among the learned men of Judiasm, many consider the rendering to be "that prophet" for example Midrash Rabbi Shimon bar Yochai, or you can check out Rabbi Mort from mahi ministries on you tube.

The Idea in Brief - This is a person

The plural form (maḥămaddîm) is not literary, but is to be understood in the literal sense. That is, Jewish sages over the centuries did not understand the plural form here in any literary (or abstract) sense, but in the most literal way. In this regard, the plural suffix was in reference to sweet words (plural) that emanate from the mouth of the beloved.

For example, the Targum of the Song of Songs appeared between the 1st and 4th Century, and the provides the following translation from Hebrew into Aramaic.

Suggested translation: The words upon the palate of sweetness are like honey, and all his commands are pleasing to his wise counsellors than gold [or silver]. This is the splendor of God, my beloved, and this is the power of the strength of my Lord, my beloved, O prophets who prophesy in Jerusalem.

Rabbi Shlomo Yitzchaki (Rashi) lived in the 11th Century, and he also notes that the plural form of sweetness was the actual reference to the words in the mouth of the beloved. The following comes from the relevant cite reference on the www.chabad.org website.

[16] His palate is sweet: His words are pleasant, e.g. (Lev. 19:28): “And you shall not make a wound in your flesh for one who has died… I am the Lord,” faithful to pay reward. Is there a palate sweeter than this? Do not wound yourselves, and you will receive reward. (Ezek. 33:19): “And when a wicked man repents of his wickedness and performs justice and righteousness, he shall live because of them.” Iniquities are accounted to him as merits. Is there a palate sweeter than this? (emphasis added)

Early Jewish Halakic (legal) midrash echos of the same. The Mekhilta de-Rabbi Shimon bar Yohai, which are midrash ascribed to Rabbi Simeon bar Yochai who was one 2nd-century tannaitic sage in ancient Israel after the destruction of the Second Temple. The midrash notes the following:

The following translation comes from Nelson (2006).

The midrash here makes the explicit connection between words and the deliciousness of those words as the sound [of the words] coming from the same mouth.

In summary, rabbinic scholars over the centuries (who were intimate with Jewish oral tradition and the Jewish understanding of the Hebrew Scriptures) had understood the plural form (maḥămaddîm) as in literal reference to sweet words, and not to something abstract. 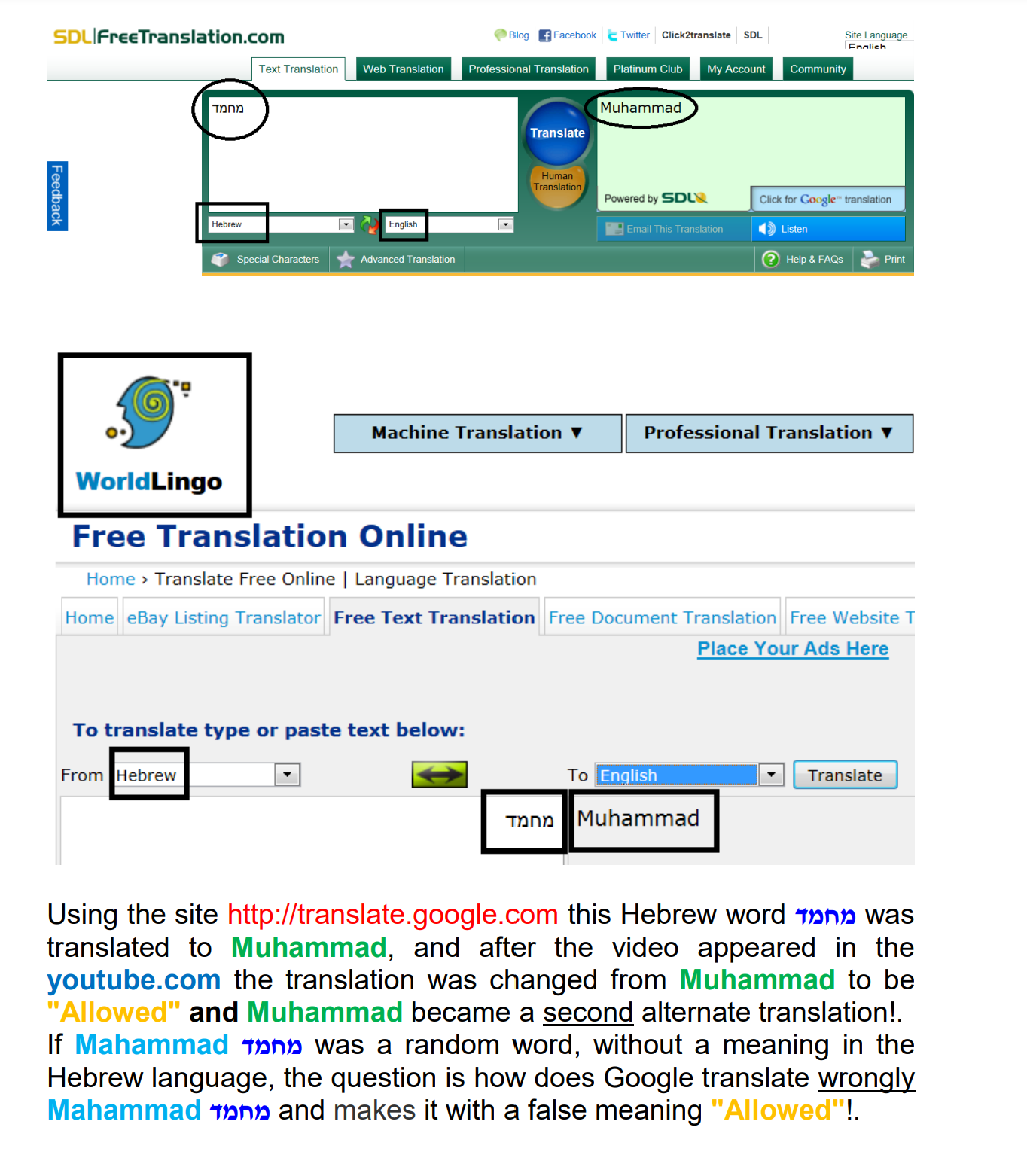 Not the answer you're looking for? Browse other questions tagged exegesis islam biblical-languages song-of-songs .