How have Eastern liturgies changed in the past century?

In the Latin Church, the Liturgical Movement and the Second Vatican Council resulted in broad liturgical changes.

To what extent has liturgy changed in the Eastern churches during the past 50 to 100 years? I am interested in any or all of Eastern Orthodoxy, Oriental Orthodoxy, and Eastern Catholic.

If we take liturgy, the customary public worship performed by a religious group, to include public worship practices originating in the laity in stead of the clergy, then in Russian Orthodoxy the most similarly obvious and controversial change in liturgy would be the popular worship and iconography of Stalin. 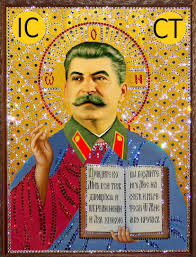 The Bolsheviks oppressed the Orthodox Church after seizing power in Russia in 1917. In 1943, during WWII, Stalin met with three chief hierarchs of the Russian Orthodox Church, allowed the clergy to perform religious services, celebrate Easter and Christmas, and even promised to give the church back some of its monasteries (confiscated after 1917) and release imprisoned priests.

The three hierarchs, led by Sergius Stragorodsky, thanked Stalin after their meeting in a letter:

“In each of your words… we felt the heart that burns with paternal love for all his children... The Russian Orthodox Church venerates you feeling with your heart that it lives together with all Russian people, by the will to victory and sacred duty to sacrifice anything for the sake of the Motherland. God save you for years to come, dear Iosif Vissaronovich.” 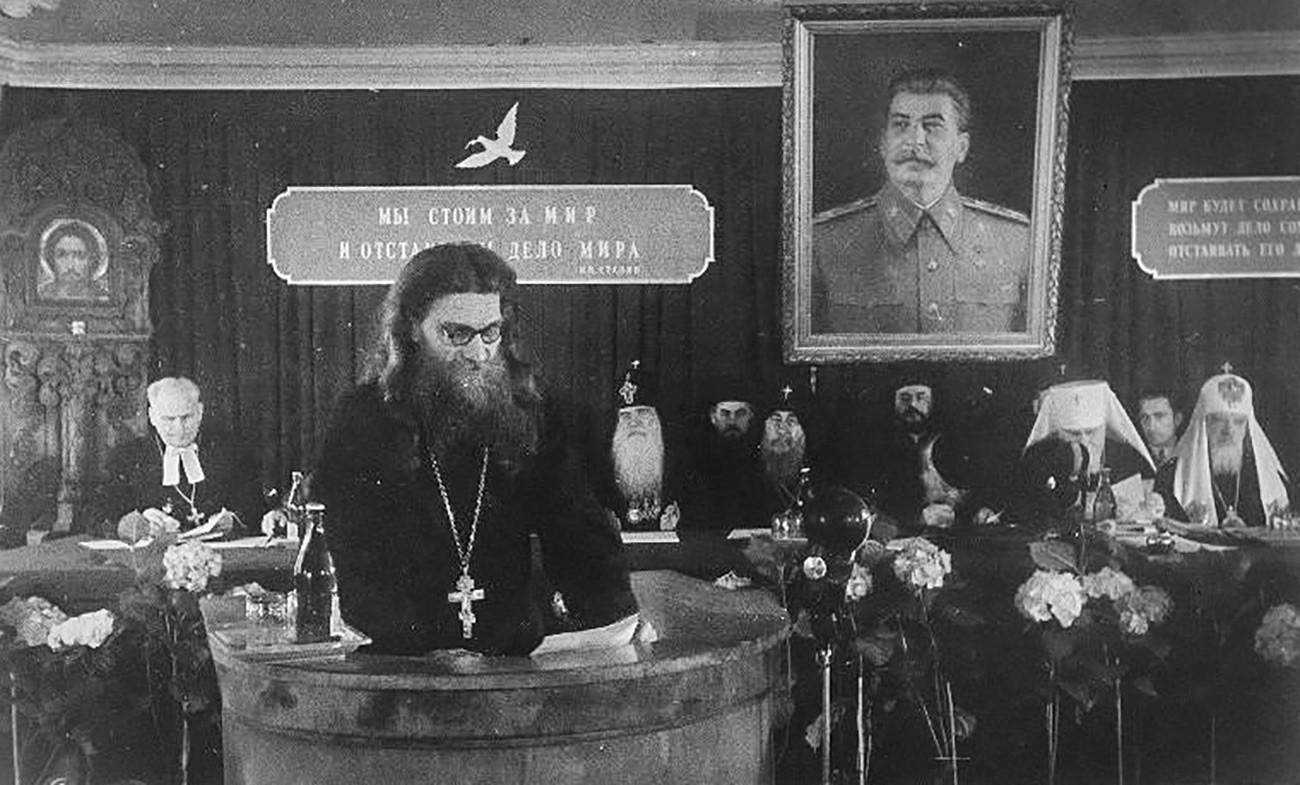 The reason underlying Stalin's actions was the invading Nazi army, who in an attempt to gain support with the population, re-opened churches that were closed by the Bolsheviks, is obvious: the only way to keep the nation united against the Nazis was to do the same.

This act of "re-legalization" made the dictator immensely popular with the laity, resulting in religious iconography, calendars and hero worship that permeates to this day. The last petition to declare Stalin a saint dates from 2015. It was rejected by the church patriarchs. Since the fall of the USSR, the Russian Orthodox leaders have vehemently denounced Stalin and other Bolsheviks, but the laity to this day retains the practice of iconic veneration of Stalin and Putin. 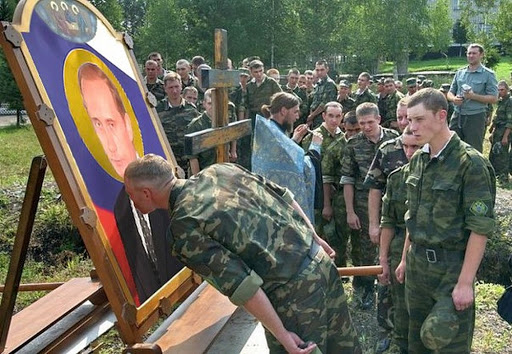 The Kremlin has been using the politics of memory regarding Soviet times (in particular the victory over fascism) as a fundamental instrument of legitimization of its power and control over society, thus ensuring continued social support and the preservation of the present model of power. You can find similar iconography for Putin throughout modern Russia. 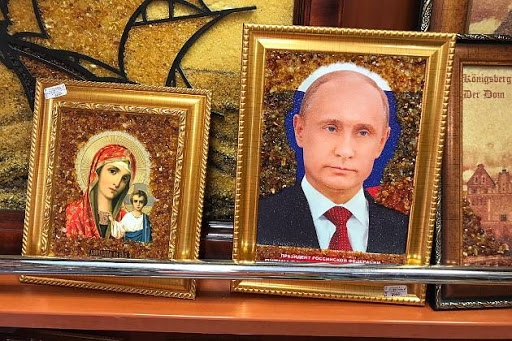 Not the answer you're looking for? Browse other questions tagged eastern-orthodox liturgy oriental-orthodox eastern-catholicism or ask your own question.

14
Why didn't Syriac Christianity keep Aramaic as their liturgical language?
10
What is the rationale for forbidding priests to marry in traditions where already-married men are allowed to become priests?
3
Which, if any, of the seven Church Councils viewed as “Ecumenical” by Eastern Orthodox Christians are rejected by the Roman Catholic Church?
5
How is it that Georgian Orthodox Church are in full communion with the Eastern Orthodox Church when they have a different biblical canon?
2
Has there ever been an Eastern Catholic Pope (Post-Schism)?
10
From the perspective of Roman Catholicism, what do Orthodox churches have to do to become “Eastern Catholic Churches”?
8
Reasons for Restriction of Tridentine Rite post Vatican II