What does it mean that the Believers Eastern Church (in Asia) is an "Ancient-Future Church"?

Recently I was asked a question about the Believers Eastern Church and have been doing some research to find out what they believe. Here is part of what I discovered:

The founder and current Metropolitan Bishop of this group is K.P.Yohannan, who started a chapter of Gospel for Asia in Kerala, India, in 1981 and in 1983 established the Indian headquarters in Tiruvalla. Since August 2018 K.P. Yohannan is known as Moran Mor Athanasius Yohan Metropolitan in relation to church duties. Believers Eastern Church (previously Believers Church) is self-described as "evangelical in nature and outlook, oriental in worship, democratic in function and Protestant (Episcopal) in governance and character". The Believers Eastern Church is an "Ancient-Future Church" and as such, is considered by some to be heretical. Source: https://www.wikiwand.com/en/K._P._Yohannan

The Nicene Creed is the official statement of faith for the Believers Eastern Church. The Church is Trinitarian and accepts and confesses the historic Creed of Nicaea, Constantinople and Ephesus. Source: https://www.bec.org/faith-and-beliefs/

I noted that although this church is "Protestant in governance and character" that does not mean to say it is Protestant in belief. It also says it is "oriental in worship".

My main concern is with the claim (by some) that because it is an "Ancient-Future Church" it is heretical.

What does it mean to be an "Ancient-Future Church"?

On the surface, ancient-future churches claim to speak across generations and draw equally upon ancient (hymns, chant, candles, communion) and techno-modern (alt. rock, art, ambient, projection, video) sources. An American example of this would be the hi-tech megachurches that host anything from rock concerts to communions. 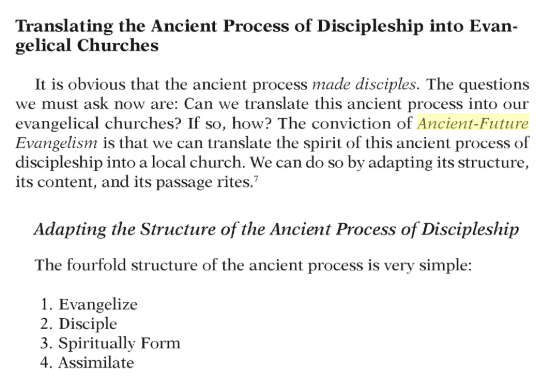 (from Ancient-Future Evangelism: Making Your Church a Faith-Forming Community)

It endeavours to reach its goal by introducing "levels", akin to New-Age religions such as Scientology. 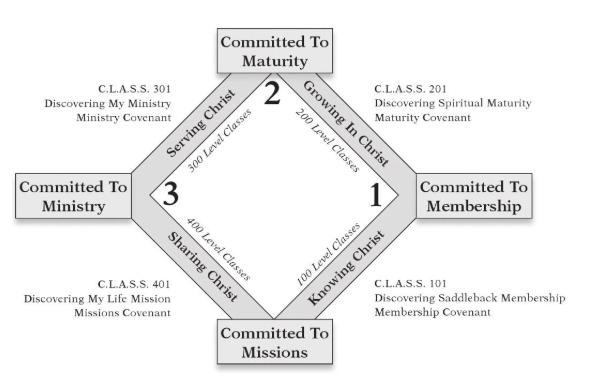 In sociology, this concept is called gamification and is widespread in social networks and mobile apps. Gamification is hugely popular amongst millenials and Generation Z.

Ancient-Future is a reaction to attempt countering the decline in worldwide religiosity, which is especially hurting first-world Christianity. According to the latest Pew studies on the matter, the regional percentage of the population identifying as Christian will decline significantly in Western regions by 2050: 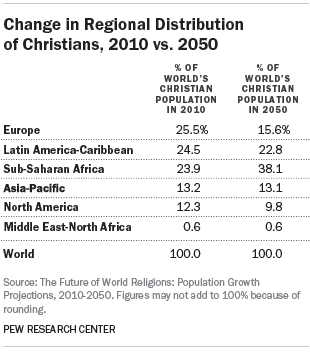 The situation for Asia is a stagnant, but this is largely due to Christianity being concentrated in just a few Asian countries with a higher birth rate than the West. 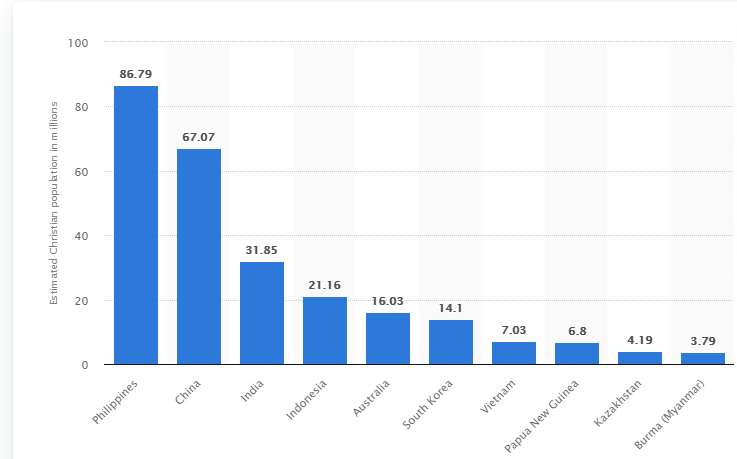 The motivations for this modernized recruitment approach are twofold:

I first came across the expression “Ancient and Future Church” while doing research into the Believers Eastern Church in India. A Wikipedia article about the founder said

The Believers Eastern Church is an "Ancient-Future Church" and as such, is considered by some to be heretical. Source: https://www.wikiwand.com/en/K._P._Yohannan

Further research led me towards the Syrian Orthodox Church after a Christian Missionary couple in India made a connection with the founder of the Believers Eastern Church. From there I found an article that focused on “Ancient-Future” heresies. Apparently, it has to do with introducing doctrines that emerged AFTER the deaths of the apostles and embracing various Church traditions. Claims are also made about being the authentic and true Church. The article condemns much of the recent movement towards this type of Church, and I realise it may be biased. However, some of the points made are worthy of consideration. The article pointed to Christianity Today (CT) regarding developments in evangelical Christianity. The February 2008 feature article has a cover-page declaration, "Lost Secrets of the Ancient Church: How evangelicals started looking backward to move forward." Here is a partial quote from the editor of the CT magazine:

”You might say a number of CT editors have a vested interest in this issue's cover story. David Neff, Ted Olsen, Tim Morgan, and I have been doing the ancient-future thing for many years, at Episcopal and/or Anglican parishes. And if this were not enough immersion in the topic, in his spare time, David Neff heads up the Robert E. Webber Center for an Ancient Evangelical Future, founded by the father of the ancient-future movement.

Robert E. Webber, who died last year, is certainly the "father of the ancient-future movement," and his many books have provided encouragement and content for leaders of Emerging Church fellowships. As a Wheaton College professor for three decades, he also played a significant part in influencing that evangelical institution's capitulation to ecumenism, particularly its support of Roman Catholicism (see TBC 7/02, 6/02 by T.A. on ECT at Wheaton).”

From there I looked up information on Robert E. Webber:

He wrote more than 40 books on the topic of worship, focusing on how the worship practices of the ancient church have value for the church in the 21st-century postmodern era. Among his books are Ancient-Future Worship, Ancient-Future Faith, Ancient-Future Time, Ancient-Future Evangelism, The Younger Evangelicals, and The Divine Embrace... In 2006, he organized and edited the "Call to an Ancient Evangelical Future" a document intended "to restore the priority of the divinely inspired biblical story of God's acts in history". https://en.wikipedia.org/wiki/Robert_E._Webber

It appears that the ‘Convergence Movement’ was inspired by people like Webber:

The Convergence Movement (also known as the Paleo-orthodox Movement) is a Protestant Christian movement that began during the Fourth Great Awakening (1960–1980) in the United States. The Convergence Movement developed as a syncretic movement among evangelical and charismatic churches in the United States blending charismatic worship with liturgies from the Book of Common Prayer and other liturgical sources common to Anglicanism, Roman Catholicism, Orthodox Catholicism and Oriental Orthodoxy... In 1979, the Evangelical Orthodox Church was organized. The belief of needing apostolic succession led most members of Evangelical Orthodoxy to join the Antiochian Orthodox Christian Archdiocese of North America in 1987. Others later joined the Orthodox Church in America. Source: https://en.wikipedia.org/wiki/Convergence_Movement

An article, critical of Christianity Today and what it describes as “Ancient-Future” heresies, said this:

“The Ancient-Future search to discover gems from "Classic Christianity" comes up short by a century -- the century in which the New Testament was written. The critical difference should be obvious. The writers of the New Testament were inspired by the Holy Spirit as they penned God's Word (2 Timothy 3:16; 2 Peter 1:21; 22). What writings from A.D. 100 and later can claim such inspiration? None. But we're told that some were disciples of or lived at the time of the apostles. True, but proximity to the apostles is hardly a guarantee against heresy nor does it come close to inspiration. Furthermore, much of the first-century-written New Testament reproved and corrected errors that had already entered the church!”

The author of the article asks, “Why this attraction to the ancient Church Fathers?” After declaring that we can trust God’s inspired word in the Bible, he continues:

“On the other hand, it takes very little scrutiny of men like Origen, Irenaeus, Tertullian, Clement of Alexandria, Cyprian, Justin Martyr, Athanasius, John Chrysostom, Cyril of Jerusalem, Augustine, and others, to see their flaws, let alone their heresies.”

The author of this article concedes that it's not as if these men got everything wrong but he regards churches that claim to be “Ancient and Future” and who embrace what he considers are heretical doctrines, to be a minefield. He asks, “So why seek them out?” Source: https://www.thebereancall.org/content/ancient-future-heresies

There appears to be a growing trend of Catholics, Evangelicals, and Charismatic and Pentecostal Christians moving closer together. Is this what the “Ancient-Modern” church movement is all about? I think I have merely scratched the surface and suspect there is more to be unearthed with regard to the oriental influence and claims of apostolic authority. If anybody out there has relevant information, I would appreciate seeing it.

Not the answer you're looking for? Browse other questions tagged church-history eastern-orthodox heresy nicene-creed .

2
What does Believers Eastern Church teach on the mode and subjects of baptism?