Where was Jesus before the events of the New Testament? [closed]

For God so loved the world, that he gave his only Son..

I only thought about this when recently explaining the difference between Old and New Testament to somebody.

I can list many more, but limiting it to these two, I hope my question is clear.

life-of-jesus old-testament
Share
Improve this question
asked May 14 '12 at 9:11

It seems that the Second Person of the Trinity took on the name of Jesus when He entered into creation and was born of Mary. Prior to this, He was with the Father and the Spirit.

When Jesus prays in John 17, He mentions the glory He had with the Father before the world began.

And now, Father, glorify me in your presence with the glory I had with you before the world began. John 17:5 NIV

Jesus, God the Son, certainly may have been the One who appeared in the Old Testament from time to time, walking in the garden with Adam and Eve, speaking to Abraham about the judgment of Sodom and Gomorrah, the fourth Man in the fire with Shadrach, Meshach, and Abednego, perhaps Melchizedek, the "angel" who wrestled with Jacob, etc. However, He was not called Jesus until He was born into the world.

The receiving of the name "Jesus" identified the purpose for which God the Son entered into creation. "Jesus" or "Yeshua" literally means "The Lord Saves". So, Jesus was called "The Lord Saves", because He (the Lord) would, in fact, save His people from their sins.

She will bear a son, and you shall call his name Jesus, for he will save his people from their sins.” Matthew 1:21 ESV

Jesus is the logos (λόγος) incarnate - which is what we celebrate in December; the incarnation of the logos and NOT Jesus' birthday party. Therefore in the OT, he is known as Adonai (which is Lord vs LORD) - Please read this.

The most common OT scripture to address this is:

A Psalm of David. The affirmation of Jehovah (LORD) to my Lord: `Sit at My right hand, Till I make thine enemies thy footstool.'

Which is to say:

"The LORD (YHWH) said to my Lord (Adonai) 'Sit at My right hand, till I make Your enemies Your footstool."

Which is then connected to the New Testament:

So then the Lord Jesus, after he had spoken to them, was taken up into heaven and sat down at the right hand of God.

EDIT: Added reference from this site:

Adon, in Hebrew, means “lord.” The form Adonai, used 439 times in the Bible, can be rendered either as “my Lord” or simply as “Lord.” (Linguists offer various explanations for the element -ai. Is it a possessive pronoun denoting “my” or does it indicate a plural of majesty?) Thus, we find Exodus 15:17 translated most frequently as “the sanctuary, O Lord [Adonai],* which thy hands have established” (KJV) but, sometimes, as “the sanctuary, my Lord, which your hands have established.”1 Since Adonai and Yahweh are both typically translated as “Lord,” many modern Bibles—following a suggestion first made by William Tyndale in 1530—render Yahweh as “LORD” in small capital letters, and Adonai as “Lord.” So, “The Lord [Yahweh] appeared to him” (Genesis 18:1), but “Let me take it upon myself to speak to the Lord [Adonai], I who am but dust and ashes” (Genesis 18:27). The NRSV only confuses things, however, by rendering Adonai as both “Lord” and “LORD.”

When used individually, both terms are translated as “Lord,” but to avoid the awkward appellation “Lord Lord,” the KJV and NRSV render the expression as “Lord God.” (Here too, small capital letters are used to indicate that the base word is Yahweh.) “Lord Yahweh” is also used. The combination Adonai Yahweh appears 310 times in the Bible, mostly in the prophetic literature, where the prophets often begin their speeches by saying, “Thus says Adonai Yahweh.”

To directly answer your question: Jesus was called Adonai in the Old Testament, however you will find it in translated in English bibles as Lord - single capital. We learn that when God made the word (Logos) incarnate (became flesh) by impregnating Mary via the Holy Ghost. Mary is known by the title of Theotokos - God-bearer. 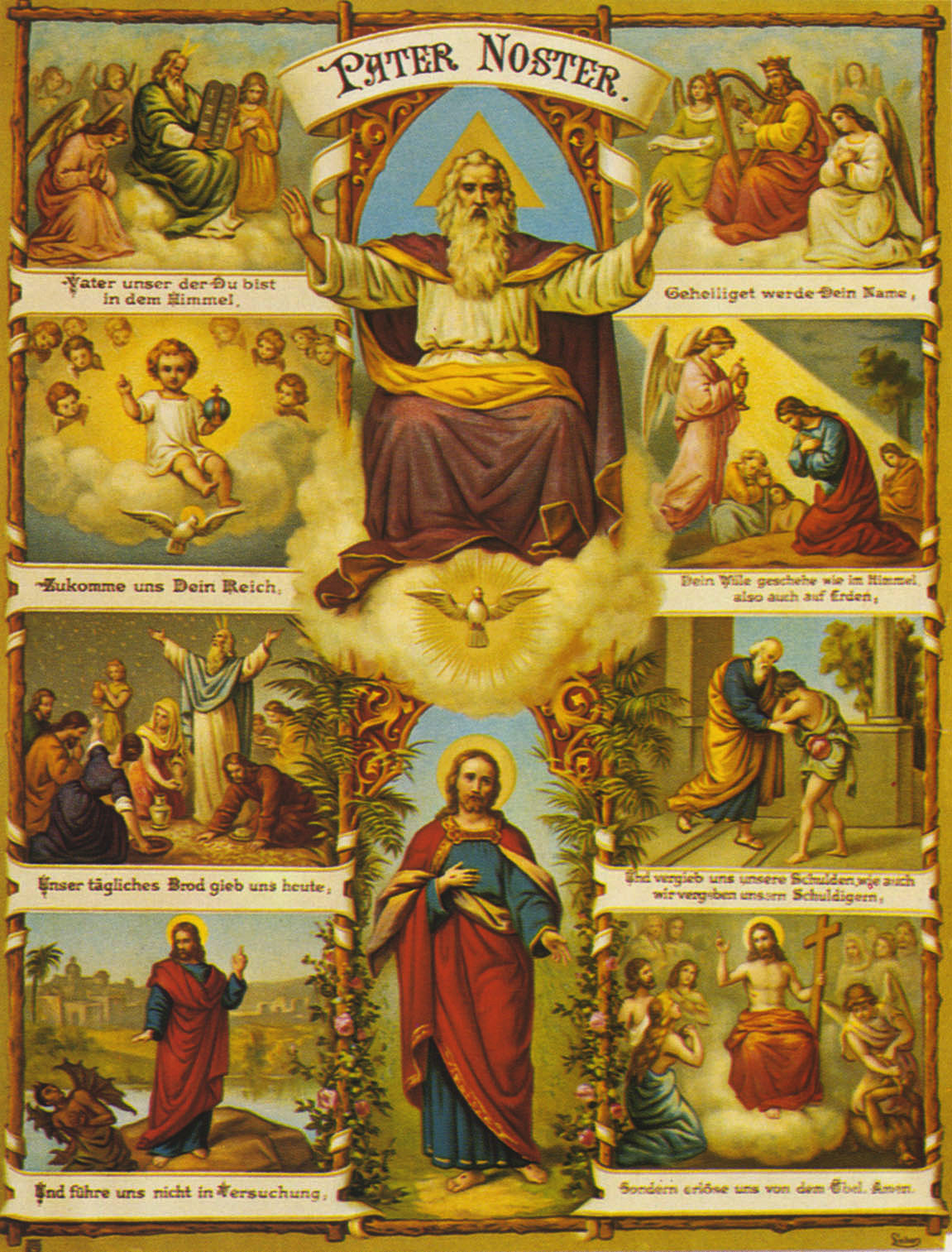 The christian trinitarian theology states, that the nature of the Three Hypostases are the same. So if Father is omnipresent, so is Son.

Also all the Nicene Christians believe that Son is co-eternal with Father (the Nicene Creed says He was born "before all ages").

To answer the question where is/was Son of God, please meditate on the following:

Being God, You were present in the tomb by Your body, and yet in Hades by Your soul, in Paradise with the thief, and enthroned, O Christ, with the Father and the Holy Spirit, filling all things but encompassed by none.

Jesus said unto them, Verily, verily, I say unto you, Before Abraham was, I am.

When he said "I am", he was saying the name of YHVH, or Jehovah, which I believe the Jews didn't even utter. Because he was saying that he was their God, they accused him of blasphemy.

As would seem fitting, Jesus is the figure of King Melchizedek in Genesis 14:18 where he is the "King of Salem".

The foreshadowing of this verse with bread and wine, being the king of Salem (ultimately Jerusalem) and a "priest of God Most High" are ways that we understand the OT to be written: a beautiful foundation from which the full revelation is made in the NT.

We can also extrapolate from this that Christ is with the people even while his presence may not be always or fully known. It is the mystical aspect of Christ's presence in the OT that has been preparing the way for his Incarnation in the NT.

The original question.Where was Jesus in the events of the Old Testament....in 3 parts. 1. He was back and forth between 3rd heaven and earth. There are at least 118 names that refer to Jesus in the KJV Bible. One name for Him is "the angel of the LORD". Another is the Angel of His Presence which is plainly seen in Isaiah 63:9. 2. Yes he was sent." I do the will of my father". 3.He was created in heaven before he created the World Revelation 3:14. Then much later, at the beginning of the New Testament he was born on this earth.....you know the story. Please, Don't ask for proof from some scholar as people like to do. It is All proved in the Bible. Those were VERY GOOD QUESTIONS!

Not the answer you're looking for? Browse other questions tagged life-of-jesus old-testament .

1
Why do Christian's associate Jesus as the son of God?

1
How was Jesus conceived?
4
Is there Biblical evidence that shows that God developed during the New Testament due to becoming human?