Is there a Christian name of the Destroyer Angel?

In 2 Samuel 24:15 a destroyer angel come and strike Jerusalem with the Plague.

If I understand correctly, the accepted name for this angel is Azrael in Islam and Samael in Judaism. What is his accepted Christian name ?

I know he is never named in the bible itself, but perhaps later Christian literature have agreed on a name for him or perhaps you can help me have an educated guess as to who he might be.

Is there a Christian name of the Destroyer Angel?

No Christian Traditions have a Christian name for the Destroyer Angel named such in the texts of Sacred Scriptures.

The destroying angel or angel of death in the Hebrew Bible is an entity sent out by Yahweh on several occasions to kill enemies of the Israelites. In 2 Samuel 24:15, he kills the inhabitants of Jerusalem. In I Chronicles 21:15, the same "angel of the Lord" is seen by David to stand "between the earth and the heaven, with a drawn sword in his hand stretched out against Jerusalem." Later, in II Kings 19:35, the angel kills 185,000 men of Sennacherib's Assyrian army, thereby saving Hezekiah's Jerusalem.

Of all names given to angels in God’s service, only three are found in Scriptures: Michael, Raphael and Gabriel.

In fact it is tradition, in the Catholic Church not to give names to angels.

The practice of assigning names to the Holy Angels should be discouraged, except in the cases of Gabriel, Raphael and Michael whose names are contained in Holy Scripture. - Directory on Popular Piety and the Liturgy (217)

The thought of an angel that brings death is an ominous one indeed, and it's small wonder such a figure might be associated with an evil nature given many people's fears about what happens after life ends. This has led some people to a belief that there is a close link between the death angel and the figure of Satan. However, there is no Christian biblical reference that Satan and this figure are one and the same. Rather, the Angel of Death is portrayed as someone doing God's work to help people as they reach fated end of their lives. 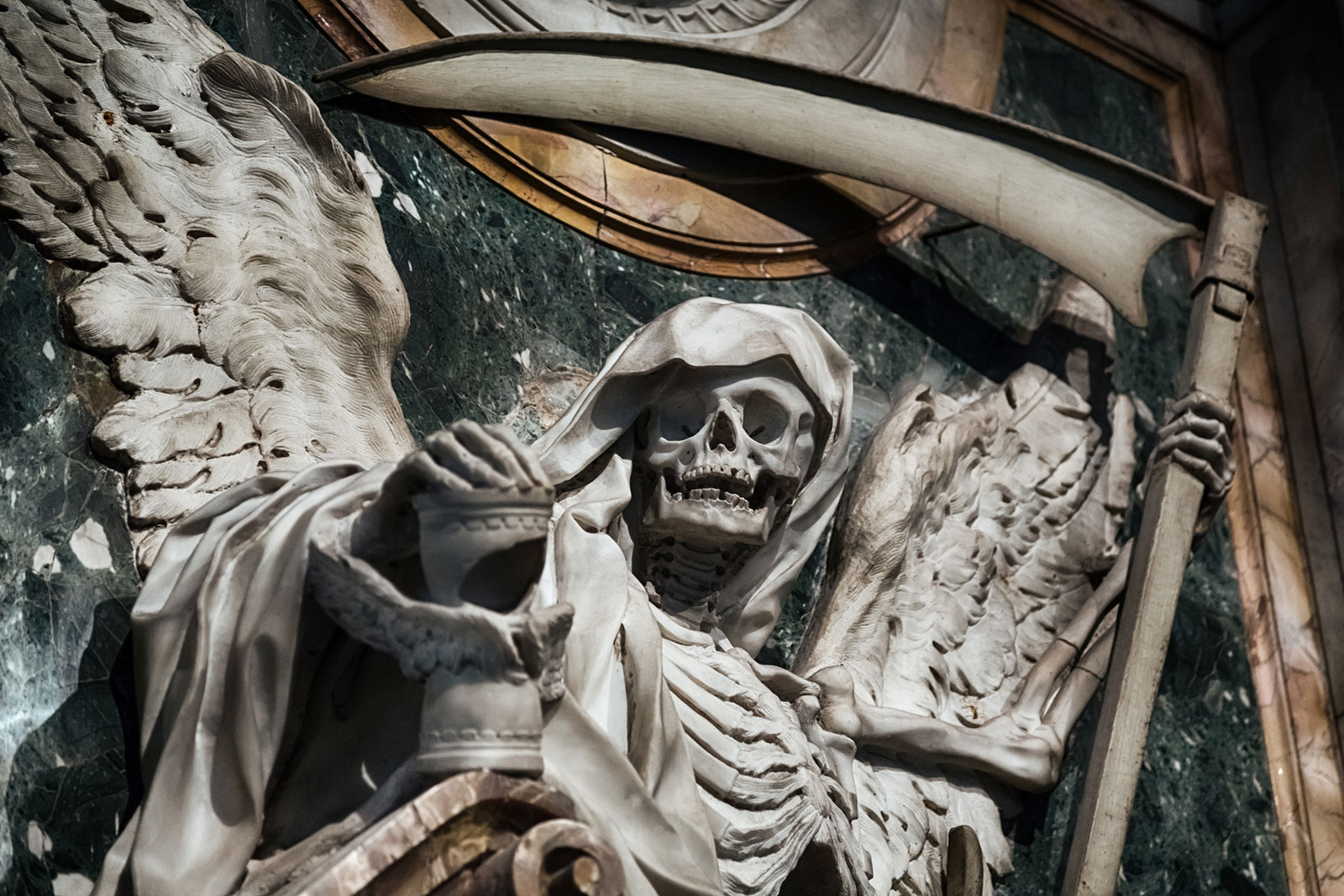 Allegorical skeletal representation of the Angel of Death (created in the XVII. century) in the church of San Pietro in Vincoli

The Nazi Josef Mengele (16 March 1911 – 7 February 1979), a German Schutzstaffel (SS) officer and physician in Auschwitz concentration camp during World War II was also known as the Angel of Death.

Not the answer you're looking for? Browse other questions tagged angels 2-samuel name or ask your own question.

19
What is a guardian angel?
8
Is there one guardian angel for each person?
5
What type of angel was the Morning Star?
1
Is there a special name for the room where sacramental bread is made?
1
Baptism first name (or confirmation middle name) for special devotion to the Holy Trinity?