Is it permitted for a priest say a Mass of Pope Pius V for new saints while employing the prayers taken from the Mass of Paul VI?

Is it permissible for a priest say a Mass in the Extraordinary Form for new saints (canonized after 1962) while employing the prayers (Opening Prayer or Collect, Prayer over the Offerings and the Prayer after Communion) taken from the Mass of Paul VI?

It would be so awesome to go to Mass in the Extraordinary Form using the Mass propers of some of the newer saints like St. Maximilian Kolbe.

Is it permissible for a priest say a Mass in the Extraordinary Form for new saints (canonized after 1962) while employing the prayers or the orations (of the Opening Prayer or Collect, Prayer over the Offerings and the Prayer after Communion) taken from the Mass of Paul VI?

Permission was given by Ecclesia Dei in 1993. 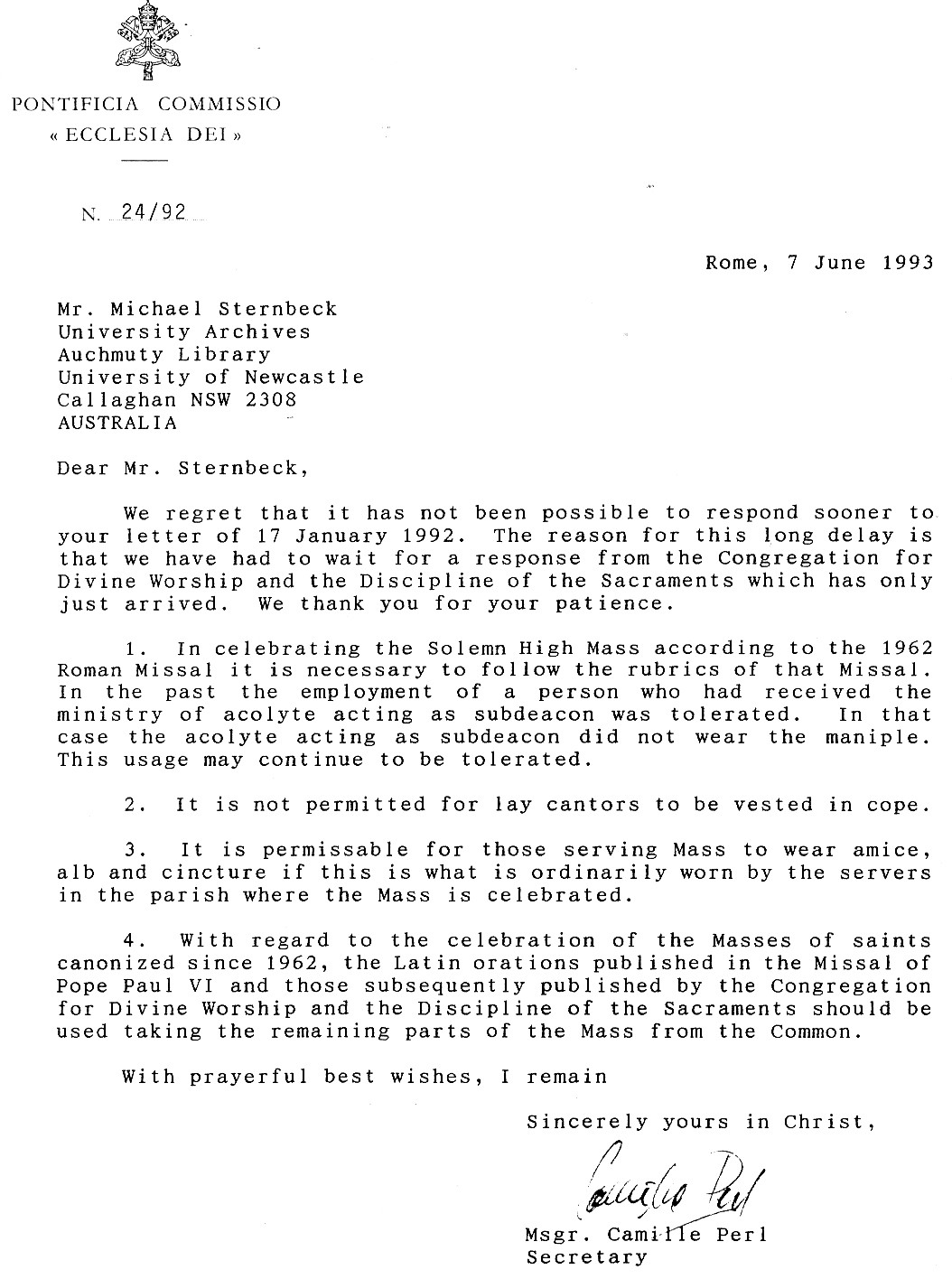 The “Common” in #4 is the ones as taken from the Mass of Pope Pius V. This has been the practice of the Benedictine monasteries of Fontgombault, Randol, Triors, Gaussian, Clear Creek (USA) and Saint-Paul de Wisques. Both Cardinal Paul Augustin Mayer and Mgr. Pearl have visited the Abbey of Fontgombault in the 1990s.

Further more Cardinal Joseph Ratzinger visited the Abbey of Fontgombault in July 2001 and said the following while there:

For the future, we ought to think—it seems to me—in terms of enriching the Missal of 1962 by introducing some new saints; there are now some important figures among the saints—I am thinking, for example, of Maximilian Kolbe, Edith Stein, the martyrs of Spain, the martyrs of the Ukraine, and so many others—but I am also thinking of that little Bakhita in the Sudan, who came from slavery and came to freedom in her faith in the Lord; there are many really lovely figures whom we all need. Thus, opening up the calendar of the old Missal to new saints, making a well thought-out choice of these, that seems to me something that would be appropriate at present and would not have any destructive effect on the fabric of the liturgy. We might also think about the Prefaces, which also come from the storehouse of wealth in the Church Fathers, for Advent, for example, and then others; why not insert those Prefaces into the old Missal?

Thus, with great sensitivity and by showing a great deal of understanding for people's fears and preoccupations, maintaining contact with their leaders, we should be able to understand that this Missal is also a Missal of the Church and under the authority of the Church, that it is not an object preserved from the past, but a living reality within the Church, very much respected in its particular identity and for its historical stature, but also considered as something that is living and not as a dead thing, a relic of the past. The whole liturgy of the Church is always a living thing, a reality that is found above us and is not subject to our decisions and our arbitrary intentions. - Looking Again at the Question of the Liturgy with Cardinal Ratzinger: Proceedings of the July 2001 Fontgombault Liturgical Conference

This question was not easy when it was asked, but has a clear answer since 19 March 2020.

Before it was often announced that there will be norms on this topic, last 2011 in Universe Ecclesiae n. 25 (as in Geremia's answer). Additionally there were privileges for individuals and communities to commemorate the new saints (as the example in Ken's answer). So the legal position was not really clear.

PS: From the same day there is also the Decree Quo magis "approving seven Eucharistic Prefaces for the forma extraordinaria of the Roman Rite" (Englisch press release).

Translation from this Latin-English version:

6
When and where did Pope Paul VI say the "Mass is the most perfect form of prayer"?
12
Format for the Catholic Mass
6
What is the basis for penance (satisfaction) in sacramental confession?
10
Can one be baptized and become a Catholic if they don't believe in every particular Catholic dogma?
1
Does the Anglican Use have the capacity and resources to celebrate daily mass and if so, are there any Ordinariate communities which do?
4
Can a priest add his own prayers to the Mass after the dismissal?
8
According to Roman Catholic teaching, did Martin Luther's alterations to the order of the Mass invalidate his consecration of the elements?
9
Can a priest give a Mass in American Sign Language (ASL)? What does he do when he is supposed to lift up the Eucharist while speaking in ASL?
2
Can a priest say Mass for himself?
2
How can the congregation know whether a hymn is also a prayer after Mass?