Who gets to decide who is a prophet and who is not? [closed]

Ask Question
Asked 8 months ago
Active 8 months ago
Viewed 113 times
-3
Closed. This question is opinion-based. It is not currently accepting answers.

How does one know that a person who is prophesying is officially a genuine prophet and not someone who is intentionally misleading you?

Bonus: How do we know that alleged OT prophets were really prophets? Did God tell moses or some other leader? Or do we only know because what they said came true. Do we know if they prophesied things that did not come true?

Bonus 2: Paradox? Someone can say that just because it did not happen yet does not prove that it won't happen.

So how do we know that somebody is a prophet or not? Especially if we will all be dead before their prophecy occurs.

Who gets to decide who is a prophet and who is not?

God chooses who becomes a prophet. After all prophecy is a spiritual gift from God himself.

Let us look at Moses and the 70 Elders:

16 So the Lord said to Moses, ‘Gather for me seventy of the elders of Israel, whom you know to be the elders of the people and officers over them; bring them to the tent of meeting, and have them take their place there with you. 17I will come down and talk with you there; and I will take some of the spirit that is on you and put it on them; and they shall bear the burden of the people along with you so that you will not bear it all by yourself. 18And say to the people: Consecrate yourselves for tomorrow, and you shall eat meat; for you have wailed in the hearing of the Lord, saying, “If only we had meat to eat! Surely it was better for us in Egypt.” Therefore the Lord will give you meat, and you shall eat. 19You shall eat not only one day, or two days, or five days, or ten days, or twenty days, 20but for a whole month—until it comes out of your nostrils and becomes loathsome to you—because you have rejected the Lord who is among you, and have wailed before him, saying, “Why did we ever leave Egypt?” ’ 21But Moses said, ‘The people I am with number six hundred thousand on foot; and you say, “I will give them meat, that they may eat for a whole month”! 22Are there enough flocks and herds to slaughter for them? Are there enough fish in the sea to catch for them?’ 23The Lord said to Moses, ‘Is the Lord’s power limited?* Now you shall see whether my word will come true for you or not.’

24 So Moses went out and told the people the words of the Lord; and he gathered seventy elders of the people, and placed them all around the tent. 25Then the Lord came down in the cloud and spoke to him, and took some of the spirit that was on him and put it on the seventy elders; and when the spirit rested upon them, they prophesied. But they did not do so again.

26 Two men remained in the camp, one named Eldad, and the other named Medad, and the spirit rested on them; they were among those registered, but they had not gone out to the tent, and so they prophesied in the camp. 27And a young man ran and told Moses, ‘Eldad and Medad are prophesying in the camp.’ 28And Joshua son of Nun, the assistant of Moses, one of his chosen men,* said, ‘My lord Moses, stop them!’ 29But Moses said to him, ‘Are you jealous for my sake? Would that all the Lord’s people were prophets, and that the Lord would put his spirit on them!’ 30And Moses and the elders of Israel returned to the camp.

The Old Testament has strong words about false prophets and prophesying that do not come true.

18 I will raise up for them a prophet like you from among their brothers. And I will put my words in his mouth, and he shall speak to them all that I command him. 19 And whoever will not listen to my words that he shall speak in my name, I myself will require it of him. 20 But the prophet who presumes to speak a word in my name that I have not commanded him to speak, or who speaks in the name of other gods, that same prophet shall die.’ 21 And if you say in your heart, ‘How may we know the word that the Lord has not spoken?’— 22 when a prophet speaks in the name of the Lord, if the word does not come to pass or come true, that is a word that the Lord has not spoken; the prophet has spoken it presumptuously. You need not be afraid of him. - Deuteronomy 18: 18-22

Prophets must prophesy and true prophesy will always come to pass. In the end, we can know who is a prophet or not as St. Matthew tells us in his Gospel:

"By their fruit you will recognize them. - Matthew 7:16

God can chose whomsoever he desires to prophesy in his name. The gift of prophecy is not always a sign of holiness. God can choose Christians, Jews or even Pagans to reveal something.

The Prophecy of Caiaphas (John 11:46-57) is one example of the High Priest prophesying about Our Lord’s death.

God can even speak through Pagans, if he so desires. Michelangelo’s Sibyls of the Sistine Chapel are a prime example.

A Sibyl was an oracle or prophetess in ancient Greece who was known to prophesy at holy sites under the influence of a deity. The first collection of Sibyl utterances were recorded by Roman author Lactantius in the early 4th century AD. Sibyls were represented in art as early as the Middle Ages as well as early Renaissance pieces. Varro numbered ten Sibyls though other ancient sources differ as to the number, some only list one while others as many as twelve.

On the ceiling of the Sistine Chapel, Michelangelo alternated five Sibyls and seven prophets. The five Sibyls painted by Michelangelo were said to have foretold of the birth of a savior. The prophecies by the pagan prophetesses were accepted by Christians as being fulfilled with the birth of Christ. Thus the prophets of the Old Testament and the Sibyls of pagan antiquity all foretold the same coming of the Christ and are depicted together in the Sistine Chapel. Michelangelo painted these figures larger than any other in the Sistine Chapel. During Michelangelo’s time there was a renewed interest in the writings of the classical and early Christian period which drew more attention to the Sibyls. Michelangelo’s depiction of them here shows the shift in theology at the time.

The Sibyls Michelangelo painted are not all beautiful but they all have a sense of being powerful. The paintings are like sculptures as their robes seem to billow around them. He painted the Cumaean, Delphic, Erythraean, Persian and Libyan Sibyls. Why he selected the five Sibyls he did is not known though a number of different theories do exist. 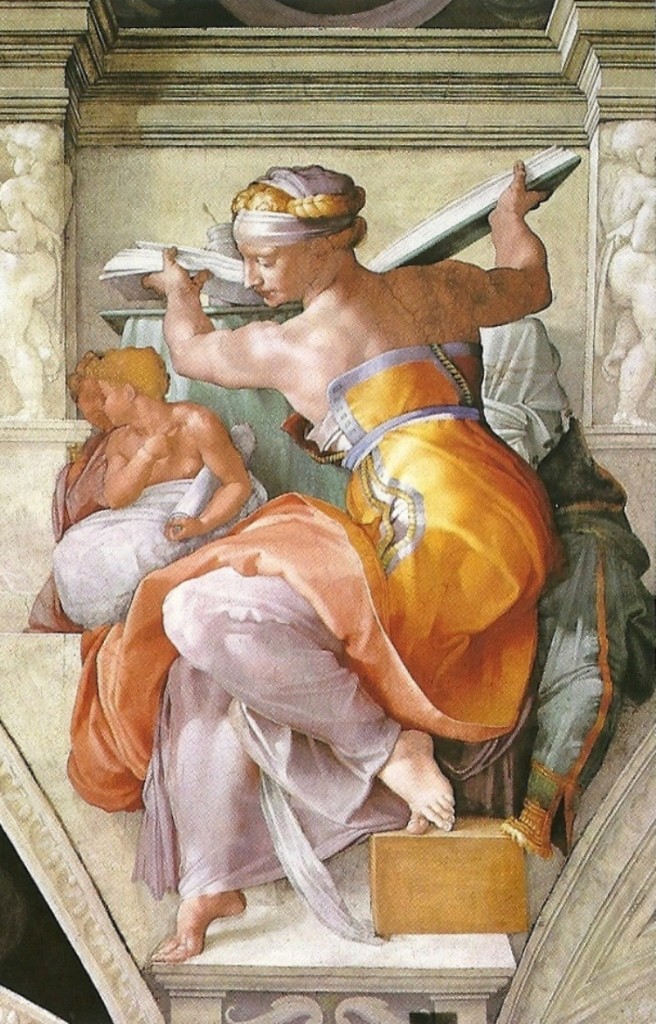 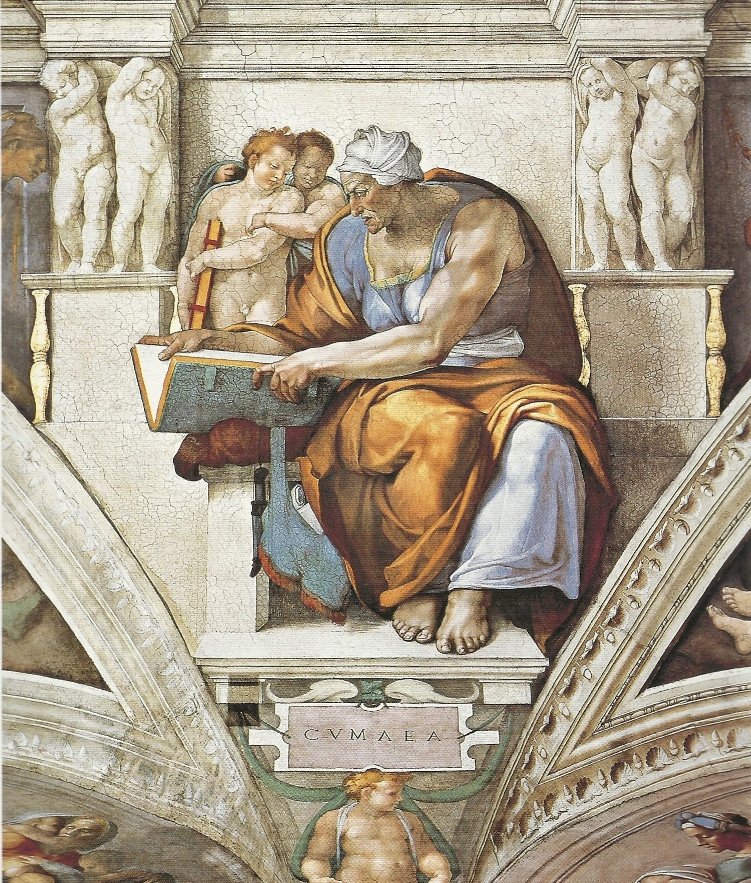 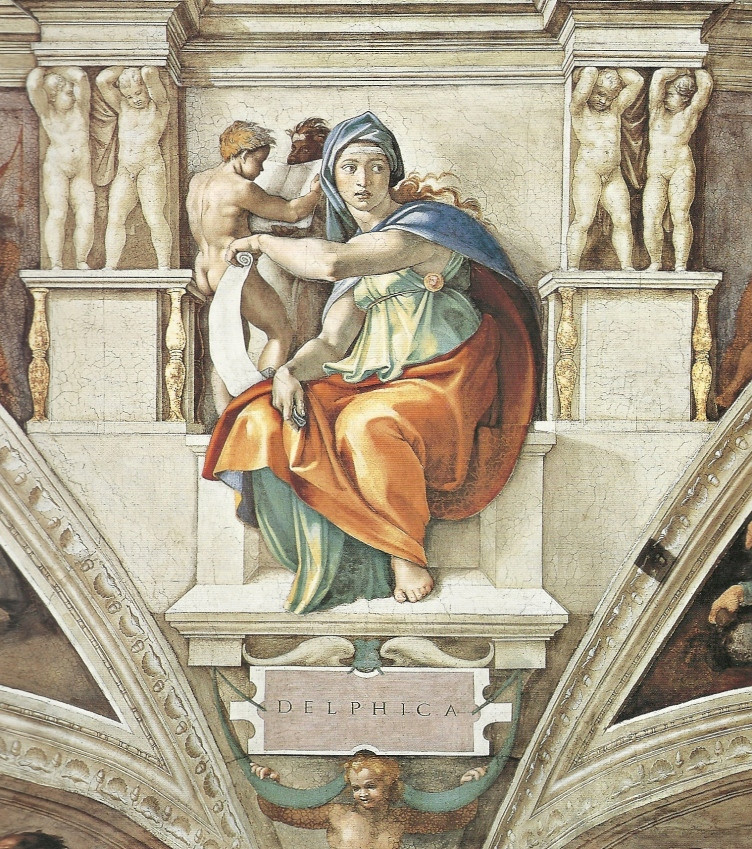 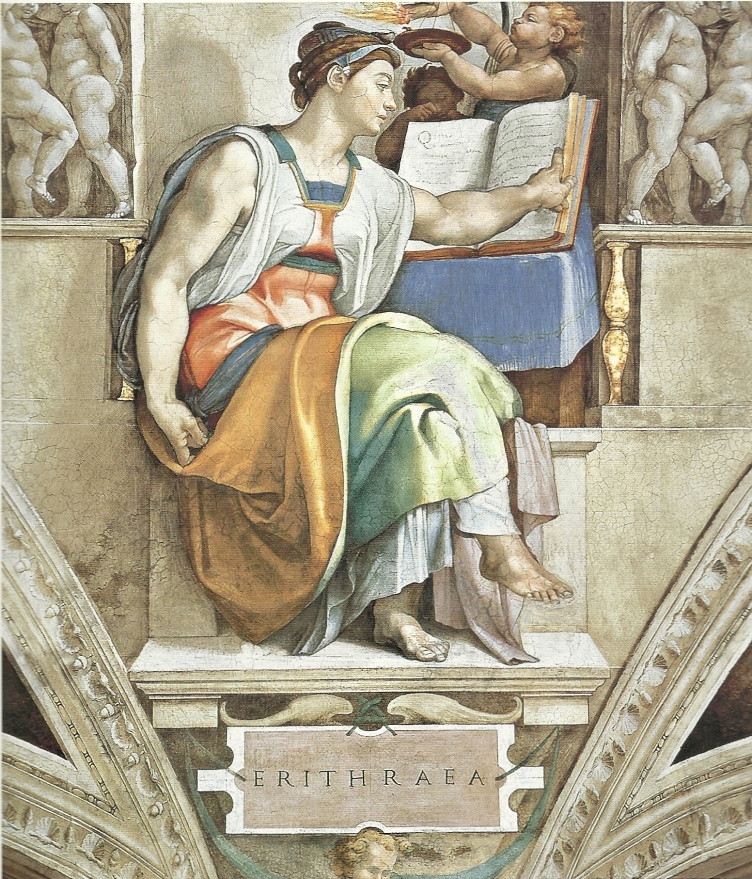 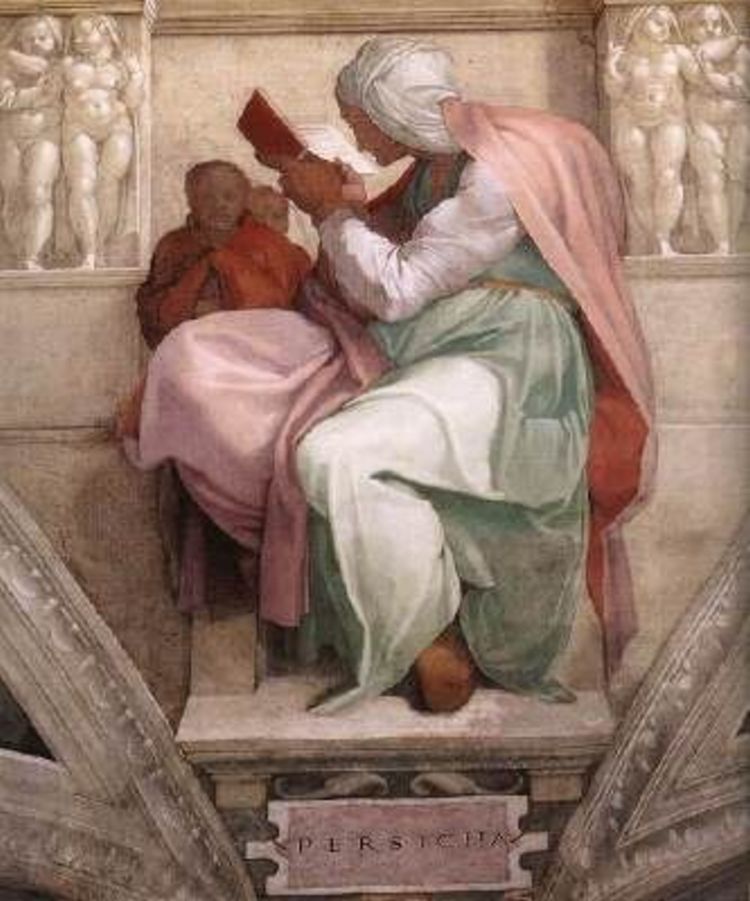 Not the answer you're looking for? Browse other questions tagged prophecy prophets or ask your own question.

18
Who is the prophet Moses mentioned in Deuteronomy 18:15?
11
What is the Biblical basis for testing the truthfulness of every statement made by Prophets or Apostles who have been confirmed as 'real'?
14
How do Jehovah's Witnesses respond to the charge that they are false prophets (because their end-of-the-world predictions didn't come true)?
3
What prophets came from Galilee?