What is the reason that intercourse is required for a valid marriage?

Within the Catholic Church, it is required to have intercourse with each other after marriage. But what is the reason behind this?

Intercourse is not necessary for the validity of a marriage.

The essence of marriage is the matrimonial consent (exchange of vows), not sexual intercourse.

However, the ability to have intercourse is necessary for the validity of marriage. Permanently impotent people, for example, cannot validly contract marriage; impotency is an example of a diriment impediment, which is

A condition, circumstance, or situation that makes an action null and void in its intended effects. Thus an existing marital bond nullifies any attempt to enter a second marriage.

These can both be valid marriages.

A consummated marriage is

A marriage in which after the matrimonial contract is made husband and wife have marital intercourse. Contraceptive intercourse does not consummate Christian marriage. (Etym. Latin consummare, to bring into one sum, to perfect.)

In canon law, such a marriage is called ratum et consummatum ("ratified and consummated"). Only death dissolves the bond:

Can. 1141 A marriage that is ratum et consummatum can be dissolved by no human power and by no cause, except death.

An unconsummated marriage is called ratum sed non consummatum ("ratified but not consummated"). Unconsummated marriages can be dissolved by the Pope if either or both parties decide to enter religious life. This is the so-called Petrine Privilege, because it requires the Pope's permission:

Can. 1142 For a just cause, the Roman Pontiff can dissolve a non-consummated marriage between baptized persons or between a baptized party and a non-baptized party at the request of both parties or of one of them, even if the other party is unwilling.

What is the reason that intercourse is required for a valid marriage?

Marriages that are unconsummated do exist within the Catholic Church, but they are quite rare to say the least. In fact Our Lady’s marriage to St. Joseph was such a marriage.

The marriage of baptized persons is a sacrament and, once consummated and thereby confirmed, cannot be dissolved as long as the parties to it are alive. - Annulment

The sexual act not only consummates a valid marriage; it is also a way for spouses to express their intimate love and fidelity towards one another.

Can. 1084 §1 Antecedent and perpetual impotence to have sexual intercourse, whether on the part of the man or on that of the woman, whether absolute or relative, by its very nature invalidates marriage.

§2 If the impediment of impotence is doubtful, whether the doubt be one of law or one of fact, the marriage is not to be prevented nor, while the doubt persists, is it to be declared null.

§3 Without prejudice to the provisions of can. 1098, sterility neither forbids nor invalidates a marriage.

The sexual act within a validly contracted marriage makes it indissoluble before the Church. Whereas an unconsummated marriage can be dissolved only by the pope himself. Even the pope can not dissolve a valid marriage once it is consummated.

The Catechism of the Catholic Church teaches us this about the conjugal act of love between those married:

V. THE GOODS AND REQUIREMENTS OF CONJUGAL LOVE

1643 "Conjugal love involves a totality, in which all the elements of the person enter - appeal of the body and instinct, power of feeling and affectivity, aspiration of the spirit and of will. It aims at a deeply personal unity, a unity that, beyond union in one flesh, leads to forming one heart and soul; it demands indissolubility and faithfulness in definitive mutual giving; and it is open to fertility. In a word it is a question of the normal characteristics of all natural conjugal love, but with a new significance which not only purifies and strengthens them, but raises them to the extent of making them the expression of specifically Christian values."152

The unity and indissolubility of marriage

1644 The love of the spouses requires, of its very nature, the unity and indissolubility of the spouses' community of persons, which embraces their entire life: "so they are no longer two, but one flesh."153 They "are called to grow continually in their communion through day-to-day fidelity to their marriage promise of total mutual self-giving."154 This human communion is confirmed, purified, and completed by communion in Jesus Christ, given through the sacrament of Matrimony. It is deepened by lives of the common faith and by the Eucharist received together.

The fidelity of conjugal love

1646 By its very nature conjugal love requires the inviolable fidelity of the spouses. This is the consequence of the gift of themselves which they make to each other. Love seeks to be definitive; it cannot be an arrangement "until further notice." The "intimate union of marriage, as a mutual giving of two persons, and the good of the children, demand total fidelity from the spouses and require an unbreakable union between them."

The openness to fertility

1652 "By its very nature the institution of marriage and married love is ordered to the procreation and education of the offspring and it is in them that it finds its crowning glory."

Children are the supreme gift of marriage and contribute greatly to the good of the parents themselves. God himself said: "It is not good that man should be alone," and "from the beginning [he] made them male and female"; wishing to associate them in a special way in his own creative work, God blessed man and woman with the words: "Be fruitful and multiply." Hence, true married love and the whole structure of family life which results from it, without diminishment of the other ends of marriage, are directed to disposing the spouses to cooperate valiantly with the love of the Creator and Savior, who through them will increase and enrich his family from day to day.

Now let us take a look at what canon law says about marriages:

Canon 1061.1 A valid marriage between baptised persons is said to be merely ratified, if it is not consummated; ratified and consummated, if the spouses have in a human manner engaged together in a conjugal act in itself apt for the generation of offspring. To this act marriage is by its nature ordered and by it the spouses become one flesh.

Canon 1061.2 If the spouses have lived together after the celebration of their marriage, consummation is presumed until the contrary is proven.

Canon 1141 A marriage which is ratified and consummated cannot be dissolved by any human power or by any cause other than death.

Canon 1142 A non-consummated marriage between baptised persons or between a baptised party and an unbaptised party can be dissolved by the Roman Pontiff for a just reason, at the request of both parties or of either party, even if the other is unwilling.

As we see, unconsummated marriages can only be dissolved by the Holy See (pope).

Under normal circumstances however there are four main conditions that are required for a truly Catholic marriage to exist:

The Catholic Church also has requirements before Catholics can be considered validly married in the eyes of the Church. A valid Catholic marriage results from four elements: (1) the spouses are free to marry; (2) they freely exchange their consent; (3) in consenting to marry, they have the intention to marry for life, to be faithful to one another and be open to children; and (4) their consent is given in the canonical form, i.e., in the presence of two witnesses and before a properly authorized church minister. Exceptions to the last requirement must be approved by church authority. The Church provides classes several months before marriage to help the participants inform their consent. During or before this time, the would-be spouses are confirmed if they have not previously received confirmation and it can be done without grave inconvenience (Canon 1065). - Marriage in the Catholic Church

An example of a successful yet unconsummated marriage is the one that existed between the Virgin Mary and St. Joseph. 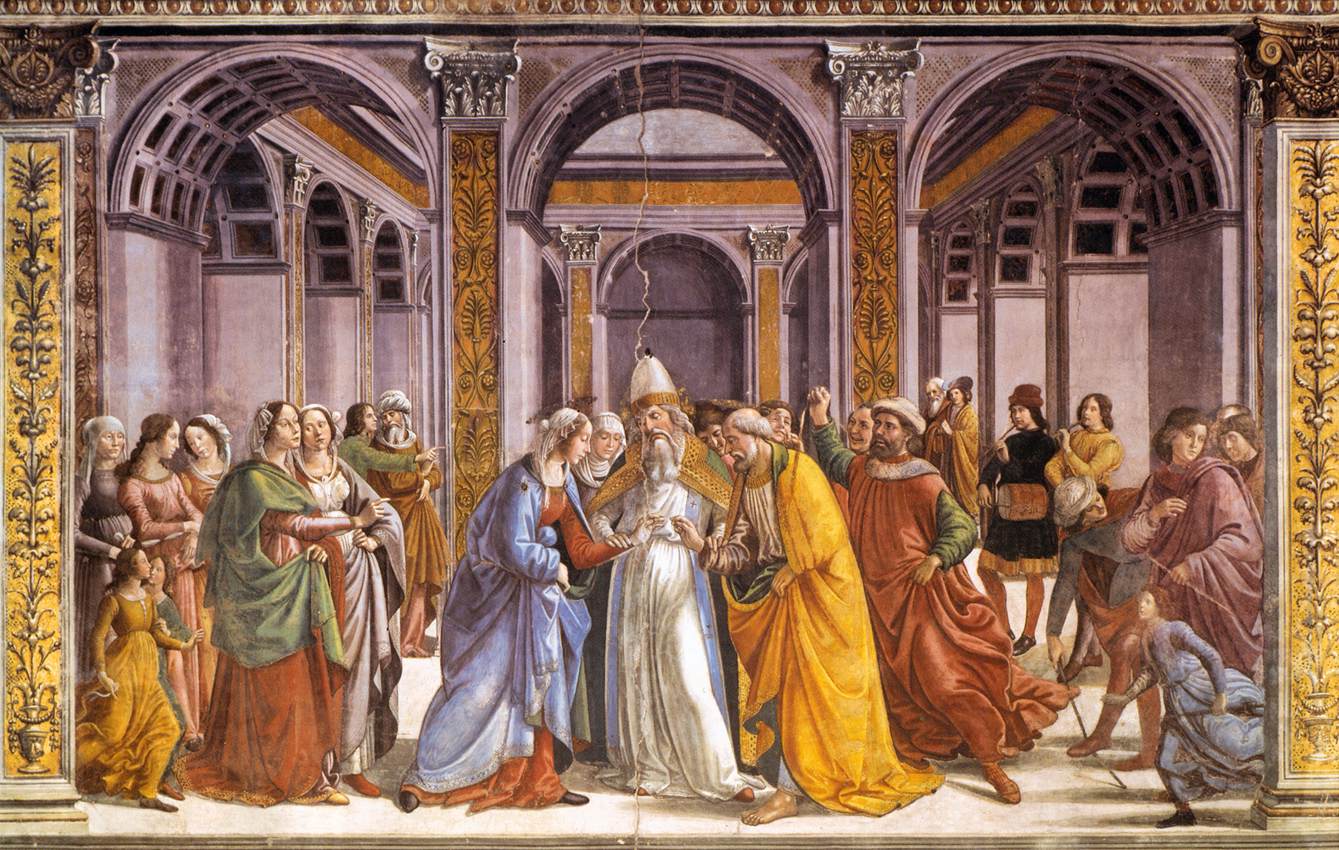 Marriage of the Virgin Mary

More information can be gleaned from the following article(s):

Canon Law and Consummating a Marriage

What is the Catholic Church's position of a marriage between a menopausal woman and an impotent man?

Not the answer you're looking for? Browse other questions tagged catholicism marriage canon-law or ask your own question.

8
What is the Catholic Church's position of a marriage between a menopausal woman and an impotent man?

2
Are those that enter into a marriage that is later annulled required to do any penance?
14
What are the stipulations for a mixed marriage to be valid in the Catholic Church?
7
Is there a term for children whose parents' marriage ends with nullity?
7
According to the Catholic Church, is a marriage consummated if the couple had premarital sex?
3
Was this (allegedly gay) marriage in a Catholic Church valid?
0
How do Catholic marriage laws differ by region?
0
What constitutes consent to marriage?