The seat of the Bishop of Rome is called "the Holy See". What does "see" mean?

Does it mean “Holy Sea”, as the word “see” could be an archaic spelling of the word “sea”. It would make sense, because there is an unholy sea in the Bible also, called “Lake of fire”. It sure sounds like “Holy Sea”, because it makes most sense language-wise.

"See" comes from the Latin word sedes, which means "seat" or "chair".

[In patristic writers (e.g. Augustine, 5th cent.) post-classical Latin Sedes Apostolica ‘Apostolic See’ was applied more widely to any of the bishoprics founded by apostles; in medieval writers (e.g. in the 11th cent.) it occurs also in the general sense of ‘cathedral’.]

St. John Lateran's basilica is the Pope's cathedral (cathedra = chair), and this is his chair there: 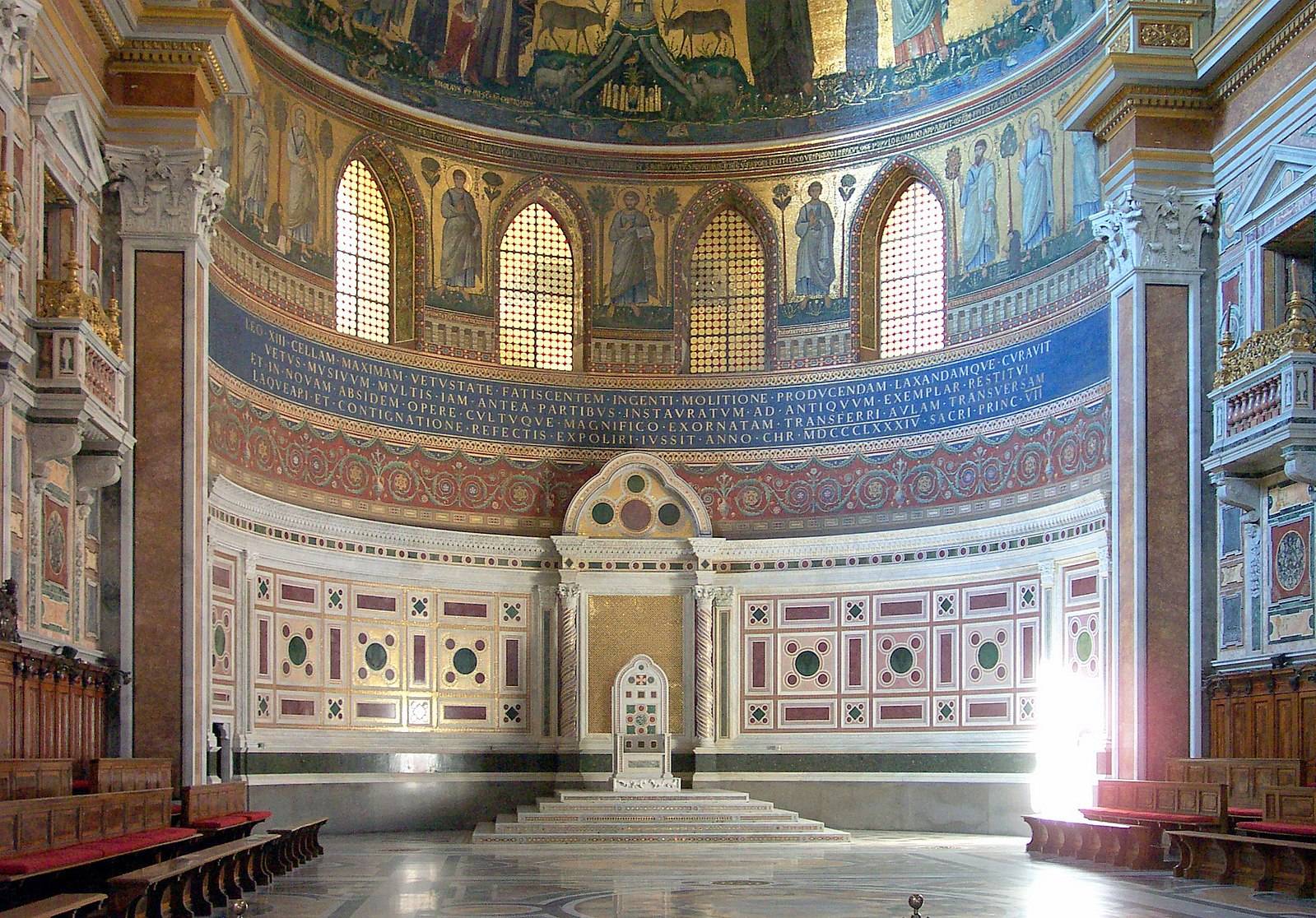 Each bishop and archbishop has the ecclesiastical jurisdiction of an episcopal see. The Roman Pontiff (Pope) has complete jurisdiction of the Holy See, also known as Vatican City.

An episcopal see is, in the usual meaning of the phrase, the area of a bishop's ecclesiastical jurisdiction.

Phrases concerning actions occurring within or outside an episcopal see are indicative of the geographical significance of the term, making it synonymous with diocese.

The word see is derived from Latin sedes, which in its original or proper sense denotes the seat or chair that, in the case of a bishop, is the earliest symbol of the bishop's authority. This symbolic chair is also known as the bishop's cathedra, and is placed in the diocese principal church, which for that reason is called the bishop's cathedral, from Latin ecclesia cathedralis, meaning the church of the cathedra. The word throne is also used, especially in the Eastern Orthodox Church, both for the seat and for the area of ecclesiastical jurisdiction.

The term "see" is also used of the town where the cathedral or the bishop's residence is located.

Within Catholicism, each diocese is considered to be a see unto itself with a certain allegiance to the See of Rome. The idea of a see as a sovereign entity is somewhat complicated due to the existence of the 23 Particular Churches of the Catholic Church. The Western Church and its Eastern Catholic counterparts all reserve some level of autonomy, yet each also is subdivided into smaller sees (dioceses and archdioceses). The episcopal see of the Pope, the Bishop of Rome, is known as "the Holy See" or "the Apostolic See", claiming Papal supremacy.- Episcopal See (Wikipedia)

Further information can be obtained in the follow articles:

The Chair of Saint Peter (Latin: Cathedra Petri), also known as the Throne of Saint Peter, is a relic conserved in St. Peter's Basilica in Vatican City, the sovereign enclave of the Pope inside Rome, Italy. The relic is a wooden throne that tradition claims the Apostle Saint Peter, the leader of the Early Christians in Rome and first Pope, used as Bishop of Rome. The relic is enclosed in a sculpted gilt bronze casing designed by Gian Lorenzo Bernini and executed between 1647 and 1653. In 2012, Pope Benedict XVI described the chair as "a symbol of the special mission of Peter and his Successors to tend Christ’s flock, keeping it united in faith and in charity."

The wooden throne was a gift from Holy Roman Emperor Charles the Bald to Pope John VIII in 875. It has been studied many times over the years, the last being from 1968 to 1974, when it was last removed from the Bernini altar. That study concluded that it was not a double, but rather a single, chair with a covering and that no part of the chair dated earlier than the sixth century.

The Chair is the cathedra of St. Peter's Basilica. Cathedra is Latin for "chair" or "throne", and denominates the chair or seat of a bishop, hence "cathedral" denominates the Bishop's church in an episcopal see. The Popes formerly used the Chair. It is distinct from the Papal Cathedra in St. John Lateran Archbasilica, also in Rome, which is the actual cathedral church of the Pope. - Chair of St. Peter 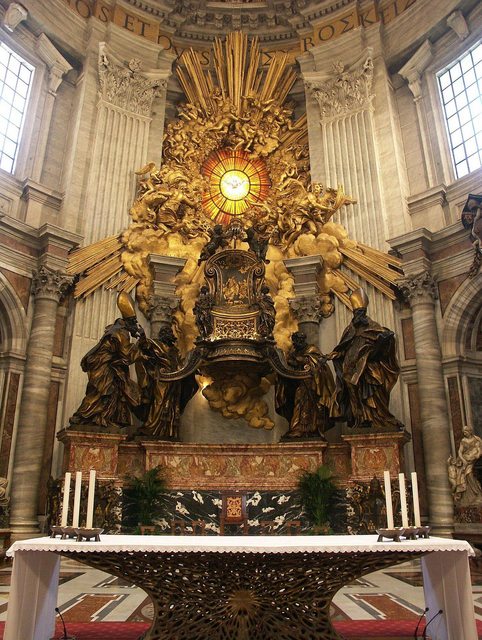 Not the answer you're looking for? Browse other questions tagged catholicism church-history terminology papacy vatican-city .

3
Variations in the Hail Holy Queen (Salve Regina) prayer
9
What does "amen" mean?
5
How do Orthodox Bishops and theologians view the Church Fathers' definition of the word "catholic?"
7
Is there a generally accepted term for "Christians in Communion with the Bishop of Rome"?
9
What exactly did Pope Gregory the Great mean by "Universal Bishop?"
5
What is the difference between Tradition and Revelation according to Catholicism?
9
What exactly is Peter's connection to Rome according to Catholic dogma?
6
When the early church was formalising the canon, what did they understand by the word 'Inspired'?
1
What is the difference between the "burning in the bosom" of Mormonism and the more general "inner witness of the Holy Spirit" of Christianity?