I'd like to know how well provided is Paris Foreign Missions Society. How come they have the largest private garden in all Paris and located in Rue de Bac (it was originally just outskirts of Paris when this seminary was founded), sending numerous priests into the far east Asian countries? Many of them were died and executed there, Korea included in the 19th century.

Also, how did they provide money to the priests who took a nearly 10 month trip?

Their building seems very elegant as well. I don't mean to criticize things, it just seems doubtable and marvellous to me, seeing their nature as missionary works and I respect their sacrifice.

Or, do or did they get many donations to provide themselves, especially in the 19th century?

The Missions étrangères de Paris as they say in French was established in March 1663 thanks to Bernard de Sainte-Thérèse, Bishop of Babylon and many large financial gifts. Wikipedia (in the English or French versions) does not say who these donors were other than Louis XIV. It had the support of both the King of France and the Supreme Pontiff. During the French Revolution it was sold as “State’s Goods” (Biens National).

The Seminary of the Missions étrangères was bought back by Fr. Thomas Bilhere, who also obtain the re-establishment of the Society, which was definitively restored under Louis XVIII.

Since the 19th century it was largely financed by the Society for the Propagation of the Faith at Rome.

The Missions étrangères de Paris is supported by Rome and many private donations that make this great missionary work successful. 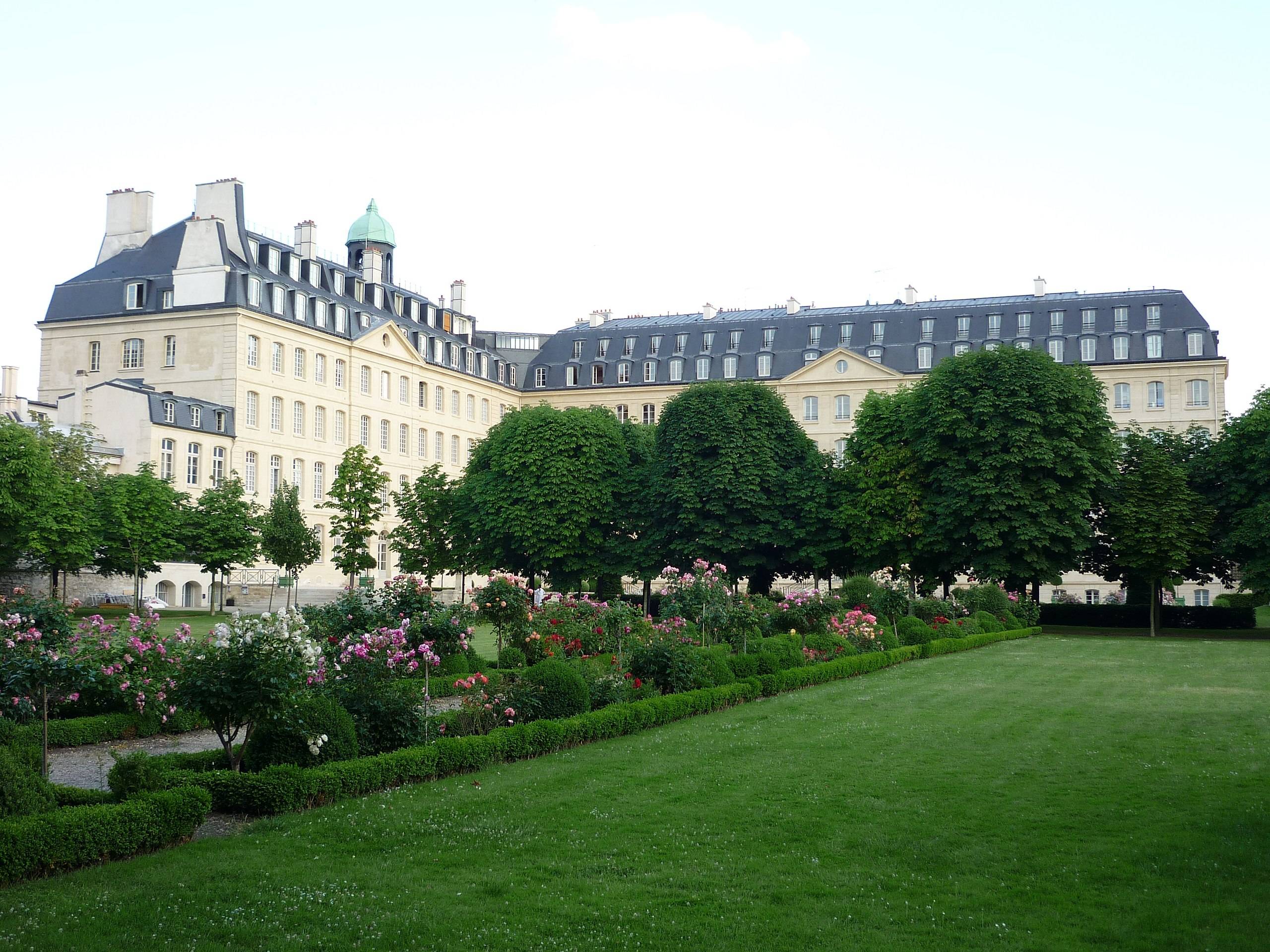 A Wikipedia article confirms that the park of the Paris Foreign Missions Society is the largest private garden in Paris. With regard to the acquisition of the property, the article in the link below says this:

The Seminary (Séminaire des Missions Étrangères) was created in March 1663, when Mgr. Jean Duval, ordained under the name Bernard de Sainte Thérèse and nominated Bishop of Babylon (modern Iraq) in 1638, offered the deserted buildings of his own Seminary for Missions to Persia, which he had created in 1644 at 128 Rue du Bac.

The article gives detailed and fascinating information about the history of the Seminary, part of which says:

At the end of the 18th century, the French Revolution halted the growth of the society, which had previously been very rapid. At that time it had six bishops, a score of missionaries, assisted by 135 native priests; in the various missions there were nine seminaries with 250 students, and 300,000 Christians. - Paris Foreign Missions Society

With regard to funding, the Society had the backing of the Church and the pope as well as the King of France. Other income appears to have come from charitable donations. As to how those missionaries were able to endure lengthy and often hostile postings, I can only conclude that they were made of sterner stuff than folks today. Well educated and self-sufficient, they were no doubt able to organise the local communities and enlist help to provide for their daily needs.

When Jesus sent out his disciples, he told them not to take any gold, silver or copper with them; not even a bag for the journey, nor an extra tunic, sandals or staff. He simply said “the worker is worth his keep.” They would find accommodation from worthy persons in the towns or villages they went to (Matthew 10:8-11).

The missionaries sent out from the Paris Foreign Missions Society may have left France with very little in the way of material possessions, but they had the backing of the Church and the State.

Here is a useful article on the history: - Society of Foreign Missions of Paris (Catholic Encyclopedia)

Not the answer you're looking for? Browse other questions tagged catholicism missions society or ask your own question.

13
How do Mormon missionaries learn foreign languages so quickly?
9
How comparable are the concepts of the Teaching Magisterium in the Catholic Church and the Jehovah's Witnesses view of their Watch Tower society?
8
How has the Chinese Patriotic Society modified the Bible in China?