Famous computer scientist Donald Knuth is also the author of 3:16 Bible Texts Illuminated (A-R Editions, 1990). This is a tour of the Bible using the methodology of "stratified random sampling", where Knuth examines chapter 3, verse 16, of each Bible book (for which such a verse exists). Each one is illustrated with typographical art, and three pages of commentary. For example, the following image is for 1 Timothy 3:16 - note the hidden cross shape. (The history of this picture is also discussed in Things a Computer Scientist Rarely Talks About; the cross shape came about as a happy accident!) 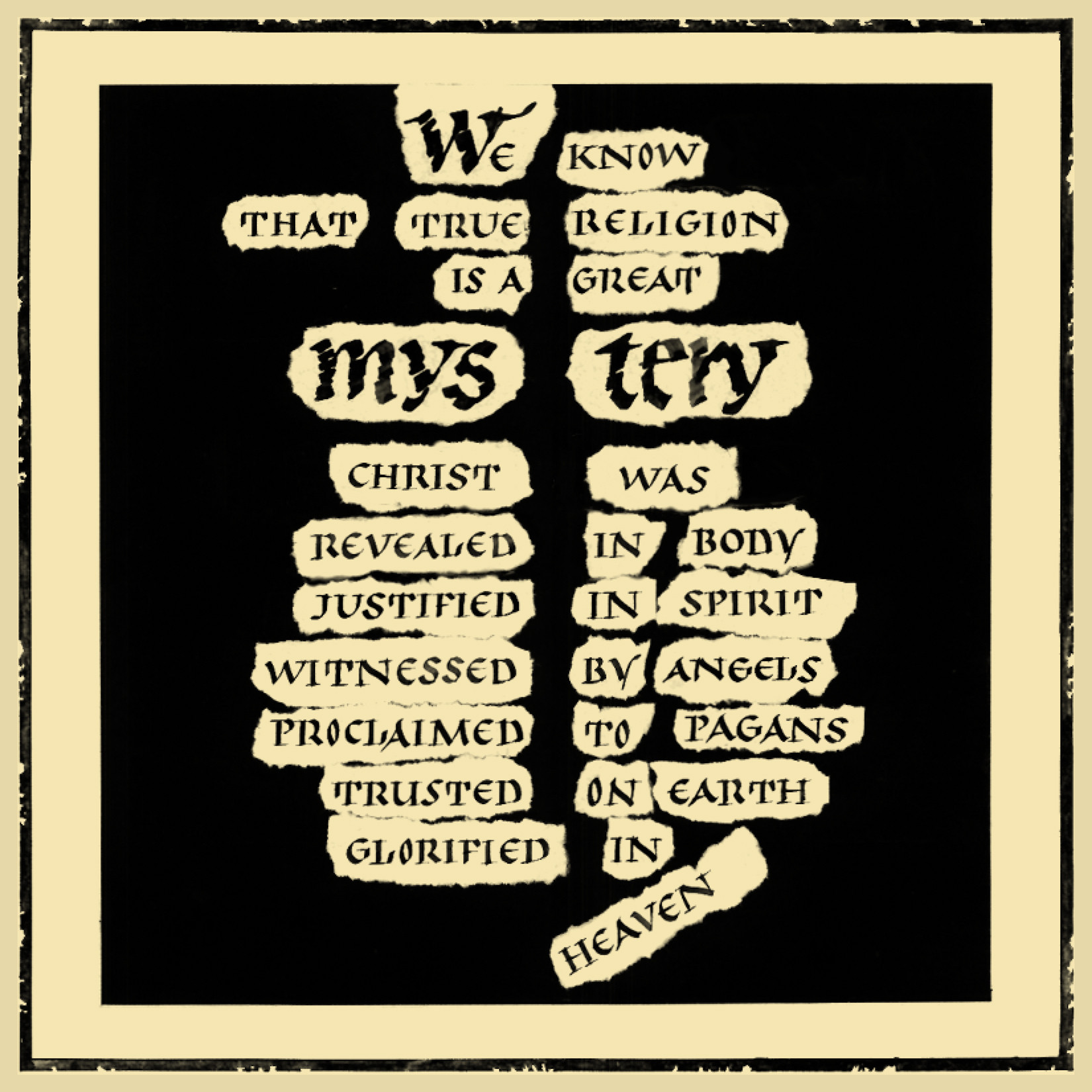 Knuth's aim with this sample was to present a more-or-less representative picture of the Bible; the choice of 3:16 was to make sure that for at least one verse (John 3:16), he'd have something to say. It turns out that many of the 3:16s are surprisingly interesting, and there are some common themes that run throughout the whole book. He speculates about other variations on the same theme - for example, taking every 4:4, or picking a wholly random assortment of verses without regard to chapter and book boundaries.

Has anybody else produced a work of exegesis based on a similar "sampling" idea - not looking at every single verse, nor at a selection with a common theme, but at an almost arbitrary choice of verses? Now that Knuth has done this experiment once - in my view, successfully - is there any insight to be gained in doing something similar again?

While I don't know of any other attempts to sample the Bible, I don't see any reason another method couldn't be tried.

However, I would be reluctant to endorse another method that focuses on individual verses because context matters a great deal when it comes to exegesis (i.e. interpretation). Take for instance:

For when they rise from the dead, they neither marry nor are given in marriage, but are like angels in heaven.—Mark 12:25 (ESV)

Taken alone, this presents a host of problems:

I remember a well-known Preacher saying that he thought a lot of Christians used the Bible as an unsorted edition of Daily Light. It really ought to be arranged into neat little devotional chunks, but it happens to have got all muddled up. The same phenomenon occurs, at a rather different level, when People treat it as an unsorted edition of Calvin’s Institutes, the Westminster Confession, the UCCF Basis of Faith, or the so-called ‘Four Spiritual Laws’. But to treat the Bible like that is, in fact, simply to take your place in a very long tradition of Christians who have tried to make the Bible into a set of abstract truths and rules—abstract devotional doctrinal, or evangelistic snippets here and there.

In some ways, Knuth's sample does encourage us to ask questions of our Bible and seek the bigger picture. Everyone knows (or thinks they know) why John 3:16 is in our Bible, but what about:

And Ehud made for himself a sword with two edges, a cubit in length, and he bound it on his right thigh under his clothes.—Judges 3:16 (ESV)

For who were those who heard and yet rebelled? Was it not all those who left Egypt led by Moses?—Hebrews 3:16 (ESV)

Hopefully such verses cause at least some people to hunt down that all-important context.

I found a bunch of poster presenting different aspect of Christianity theology explain. Here is a link to the poster explaining trinity. You can find the list of poster available at http://www.imagekind.com/challies-posters (sorry it is a store :( )

Is it images like theses you were looking for?

I don't see the point in writing another book in Knuth's 3:16 style. That is it is a nice book is a certainty. It is beautiful too, with its calligraphies. But its main lesson is that starting from a random sampling of biblical verses does not reveal any incoherence in God's words. Saying it differently, the Bible has an internal coherence. This is proven somehow by 3:16 and does not need to be proven once more. At least, not in the same way.

On the other hand, 3:16 contributes to spirituality, perhaps a little to exgesis, but certainly not to theology. It just could not. Theology needs a much more comprehensive account of the revelation. Anybody willing to write a 4:4 book must keep this in mind.

22
Is it possible for The Bible to contain errors?
15
What is the basis for the claim that the entire New Testament can be reconstructed apart from original and copied manuscripts?