Did the 19th Century Anglican Church have exorcism rituals or prayers?

Did the 19th Century Anglican Church have exorcism rituals? I can't see any in the Book of Common Prayer. Is there somewhere else they might be?

I heard somewhere that only bishops could perform exorcisms in that era, but I've seen no firm evidence of that and nor can I find the rituals or prayers they would have used.

Did the 19th Century Anglican Church have exorcism rituals or prayers?

I think it is safe to say that the Anglican Church has a form of exorcism ritual(or prayers) during the 19th century. 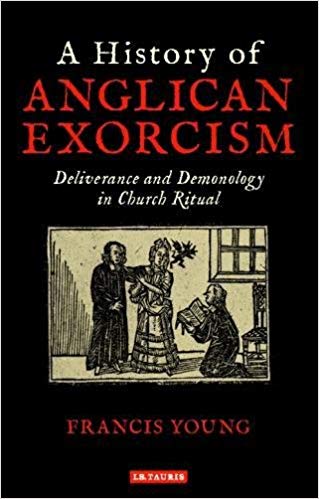 Exorcism is more widespread in contemporary England than perhaps at any other time in history. The Anglican Church is by no means the main provider of this ritual, which predominantly takes place in independent churches. However, every one of the Church of England dioceses in the country now designates at least one member of its clergy to advise on casting out demons. Such `deliverance ministry' is in theory made available to all those parishioners who desire it. Yet, as Francis Young reveals, present-day exorcism in Anglicanism is an unlikely historical anomaly. It sprang into existence in the 1970s within a church that earlier on had spent whole centuries condemning the expulsion of evil spirits as either Catholic superstition or evangelical excess.

This book for the first time tells the full story of the Anglican Church's approach to demonology and the exorcist's ritual since the Reformation in the sixteenth century. The author explains how and why how such a remarkable transformation in the Church's attitude to the rite of exorcism took place, while also setting his subject against the canvas of the wider history of ideas. - A History of Anglican Exorcism: Deliverance and Demonology in Church Ritual (International Library of Historical Studies)

Not the answer you're looking for? Browse other questions tagged anglicanism exorcism ritual or ask your own question.