At the time of Daniel, Rome was not yet powerful and known, but at the time of St. John at Patmos. So why it is referred to as Babylon by many Christians.

Why is Rome referred to as Babylon in Revelation chapters 17 and 18?

Basically, it comes to pointing out that Rome in built on seven (7) hills. But this just one interpretation.

6 I saw that the woman was drunk with the blood of God’s holy people, the blood of those who bore testimony to Jesus.

When I saw her, I was greatly astonished. 7 Then the angel said to me: “Why are you astonished? I will explain to you the mystery of the woman and of the beast she rides, which has the seven heads and ten horns. 8 The beast, which you saw, once was, now is not, and yet will come up out of the Abyss and go to its destruction. The inhabitants of the earth whose names have not been written in the book of life from the creation of the world will be astonished when they see the beast, because it once was, now is not, and yet will come.

9 “This calls for a mind with wisdom. The seven heads are seven hills on which the woman sits. 10 They are also seven kings. Five have fallen, one is, the other has not yet come; but when he does come, he must remain for only a little while. 11 The beast who once was, and now is not, is an eighth king. He belongs to the seven and is going to his destruction. - Revelation 17:6-11

The problem with prophecies in general is that it is almost impossible to know the correct interpretation(s) to them until the actual time of fulfillment is upon us. Thus, The Prophecies of the Popes is no exception.

The original Greek text of this particular prophecy does not name the city of Rome as being the city of seven hills. Its interpretation as to which city is the actual one is still an open question.

Nevertheless it is almost safe to believe that it may be one of the three following seven-hilled cities: Rome, Constantinople (Istanbul) or Jerusalem. Given the very eschatological nature of this prophecy, Jerusalem could very well be the city in question.

This question focuses on Rome, but I simply suggested other possibilities as well. Besides, did not Jerusalem see the the killing of many Prophets and Our Lord Jesus Christ.

For those interested here are the maps of the three “seven-hilled” cities. 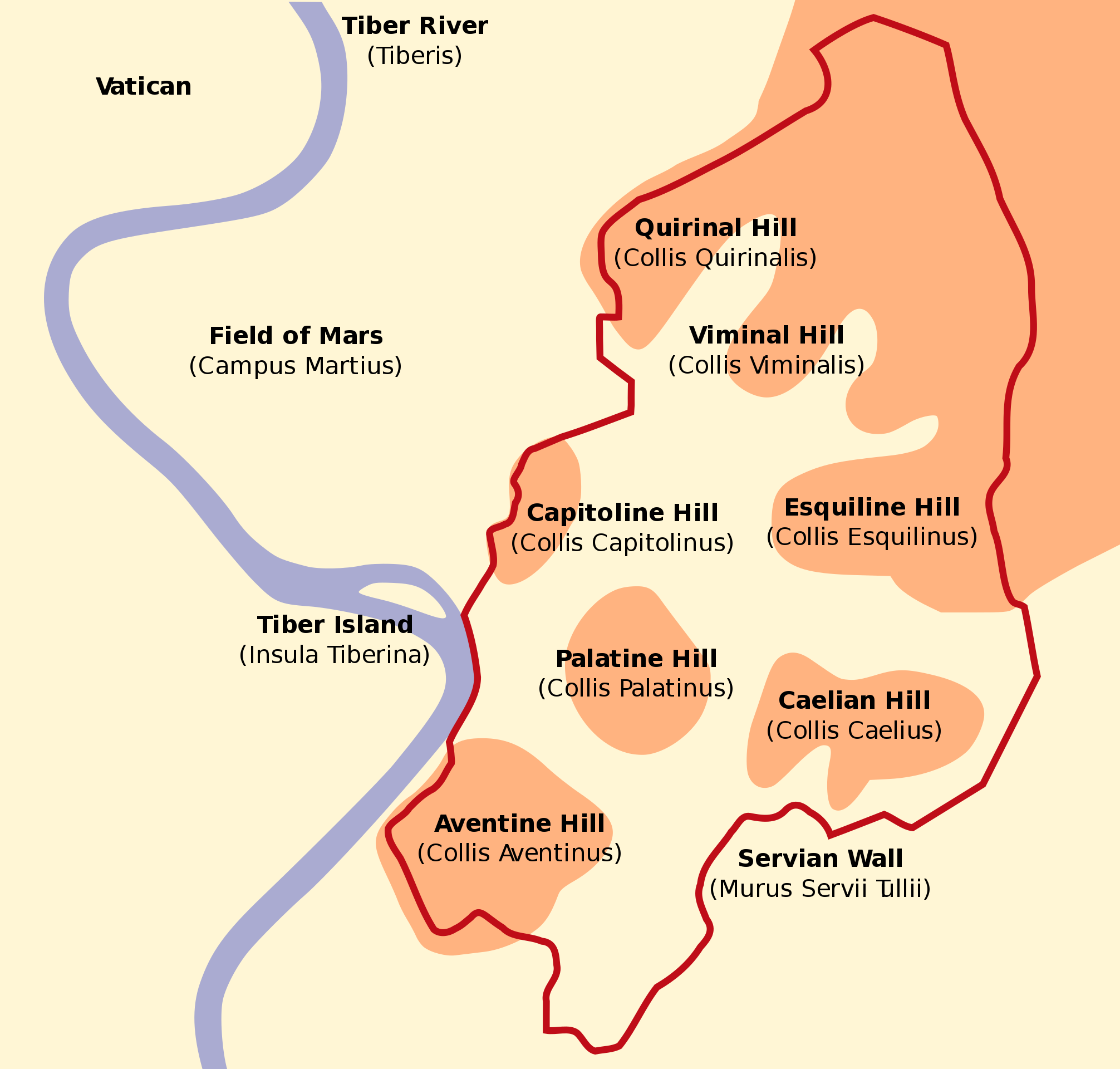 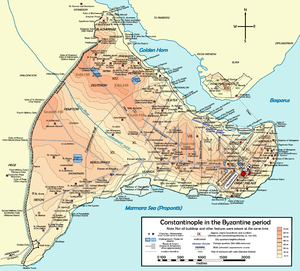 Constantinople: The seven hills of Istanbul 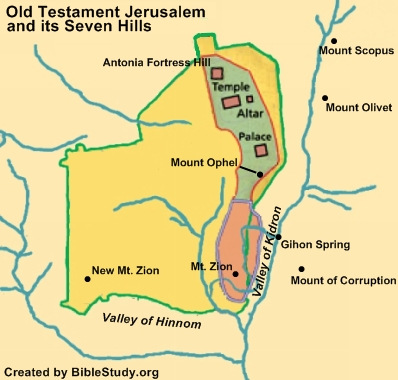 Jerusalem and its Seven Hills

What did Christ mean when He said in Luke 13:33: “… it cannot be that a prophet should perish outside of Jerusalem.”?

Prophecies in Daniel cover some of the same events as those in Revelation. These prophecies normally refer to kingdoms as beasts of various kinds. The prophecies are centered on Israel, so all these beasts are empires that will conquer Jerusalem for a time. In Daniel's prophecy (Daniel 2), Babylon is the head of Gold and is a synedoche for all the kingdoms that would conquer Jerusalem and Israel. Since Rome is one of those empires, Babylon is prophetically its head.

Rev 17:9-11: “This calls for a mind with wisdom. The seven heads are seven hills on which the woman sits. They are also seven kings. Five have fallen, one is, the other has not yet come; but when he does come, he must remain for only a little while. The beast who once was, and now is not, is an eighth king. He belongs to the seven and is going to his destruction.

What are the five empires that have fallen?

Rome is the sixth empire, the one that still exists in John's time. The next empire to conquer the Holy Land was Islam, making it the seventh empire. The eight and final empire will be assembled from some of the pieces of the preceding seven empires, which is why it is called the "leopard-bear-lion":

Rev 13:2: The beast I saw resembled a leopard, but had feet like those of a bear and a mouth like that of a lion. The dragon gave the beast his power and his throne and great authority.

The leopard is Greece (part of whose ancient empire is occupied by present day Turkey), the bear is Medo-Persia (Iran and the Kurdish people), and the lion is Babylon (Iraq), so it is possible that some collection of middle eastern countries will form a new empire, but that does not rule out the inclusion of some parts of Europe.

Not the answer you're looking for? Browse other questions tagged eschatology new-testament revelation or ask your own question.

5
What is the “city of seven hills” in St. Malachy's Popes Prophecy?

7
What is the basis for the position that the woman of Revelation 17 refers to Rome?
30
Who wrote the Book of Revelation?
2
Is there Catholic teaching and/or prophecy that a pope may be the false prophet of Revelation and the Church the whore of Babylon?
12
Who first associated the fourth beast of Daniel 7 with the Roman Empire?
6
Since when have JWs said that United Nations will launch an attack on religion?
3
On Amillenialism and the Catholic Church