I have just came about a 10 years old photo of my aunt's burial ceremony that took place in June 2009 in one of the German churches (in a small city close to Oldenburg).

Unfortunately, relation both with my aunt and her living family was/is very weak, so I can't even say, if she was Christian or Protestant and thus, in which church following photo was taken? 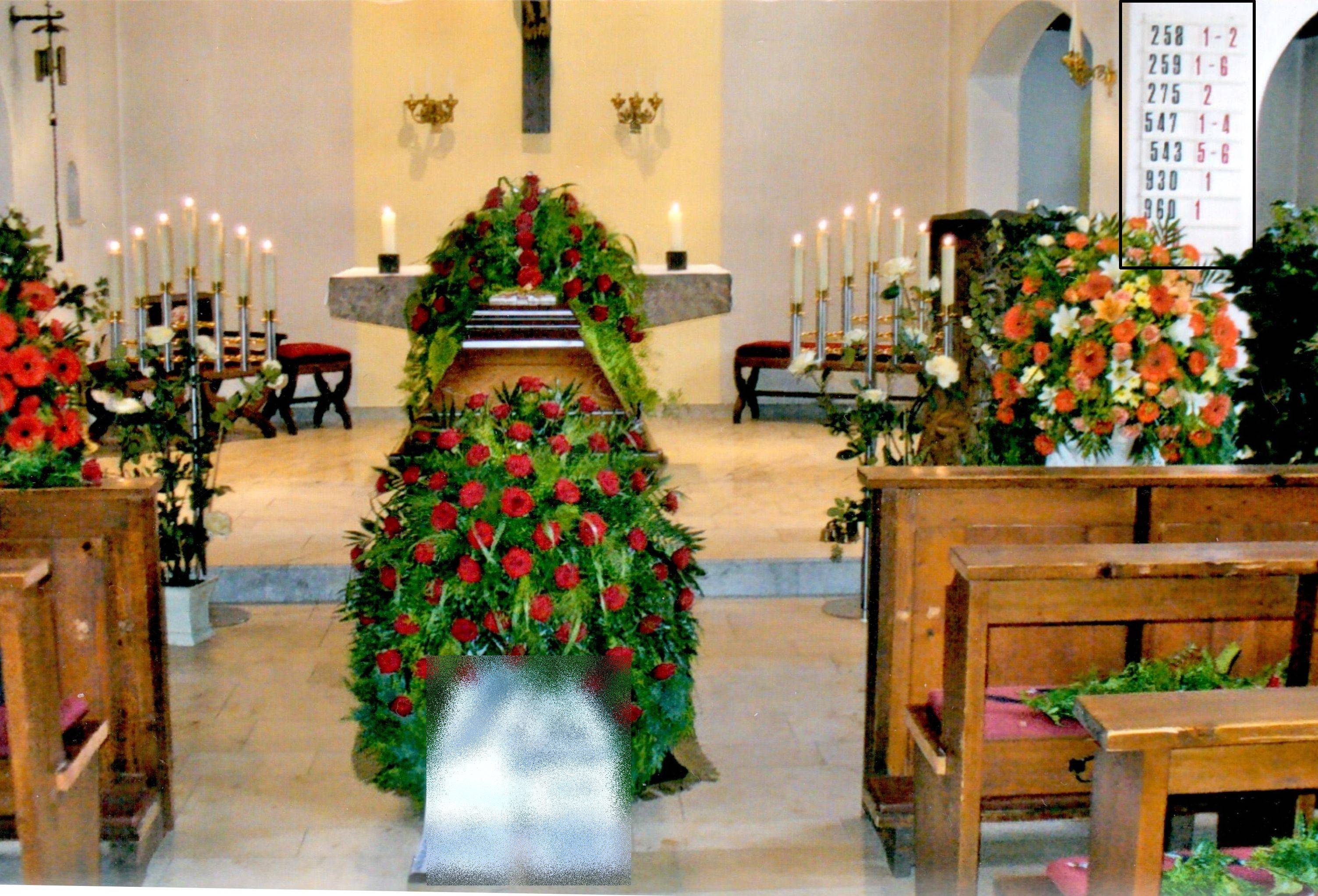 Does anyone know what are these numbers printed on the wall in the right part of the photograph?

My first and only guess was that these are song numbers that will be sing during the ceremony. But then, what are those additional numbers (or actually some kind of value ranges)? And why to print song numbers permanently on the wall, if they keep to changed (depending on ceremony, day of year etc.) and thus should rather be displayed using some non-permanent way. Like a display etc.

church-local germany
Share
Improve this question
asked May 24 '19 at 21:09

The numbers are on little (wooden) panels that can be pushed in a (wooden) rack. In your case both panels and rack have the same colour a the wall, so they are a bit difficult to see.

On the denomination: First I thought it is a Catholic Church (esp. because the seats in the sanctuary), but the numbers given lead to songs in the Catholic song book "Gotteslob" (then used 1975 edition) not fitting on a burial. The songs of the protestant "Evangelisches Gesangbuch" fit better. So probably it was a protestant (near Oldenburg: lutheran) service, but I may be mistaken.

Not the answer you're looking for? Browse other questions tagged church-local germany or ask your own question.

7
Why does only one person “teach” during a church meeting?