What is the original Our Lady of Grace statue? Is it associated with a particular Marian apparition?

There are many coloration variations in these statues, so I show this monochrome garden statue as an example:

All the "Our Lady of Grace" ones show her in this posture—open palms, downcast eyes, and stepping on the serpent.

Our Lady of Cambray (Statue) also known as Our Lady of Grace is commemorated on July 5. This is the origin of the style of statue the question is asking for:

In the year 1472, the statue in the shrine of Our Lady of Cambrai was dedicated by Peter de Ranchicourt, the Bishop of Arras. The statue at the shrine is known as Notre Dame de Grace et Cambrai, or Our Lady of Grace at Cambray, and is a famous and popular image of the Blessed Virgin. It depicts Mary standing atop a globe, with her hands down at her sides so that grace can fall from her fingertips upon her children.

There is also a miraculous icon of the Blessed Virgin holding her Divine Infant in a tender embrace. The image is said to have come to Cambray from Rome in about 1440, and it is ascribed to Saint Luke the Apostle. This icon is also known as Our Lady of Grace, and is considered the patroness of Cambray. The icon was crowned in the year 1894, and is proudly taken through the streets of Cambray in procession on the eve of the Assumption each year. - Our Lady of Cambray

This predates the Miraculous Medal by 4 centuries!

Our Lady of Grace is commemorated on February 7.

In general, the expression Our Lady of Grace is of medieval origin, especially well known in France, connected frequently with the Marian sanctuary of Cambrai, France. However, the roots of this title are much older. They are of biblical origin where Mary is called kecharitomene: the fully-graced one, the all-graced one (Lk 1:28).

Our Lady of Ipswich (also known as Our Lady of Grace) was a popular English Marian shrine before the English Reformation. Only the shrine at Walsingham attracted more visitors.

There was a time when England was known as 'Our Lady's Dowry'. Anglo-Saxon England sheltered many shrines to the Virgin Mary: shrines were dedicated to her at Glastonbury in 540, Evesham in 702, Tewkesbury in 715, Canterbury in 866, Willesden in 939, Abingdon before 955, Ely in 1020, Coventry in 1043, York in 1050, and Walsingham in 1061. By the High Middle Ages there were sixteen shrines to Mary in Suffolk alone.

As for Our Lady, Mediatrix of all Graces this statue may be the oldest on record that still exists (12th century): 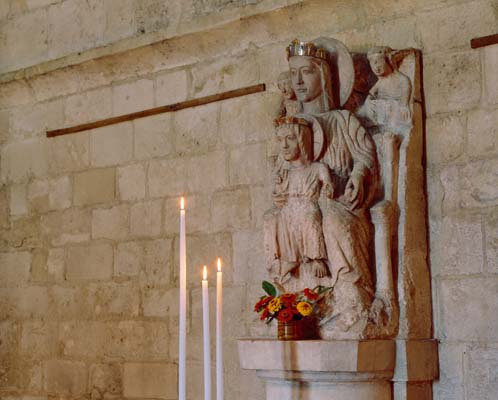 Further reading can be done with the following articles:

Our Lady of Grace

Shrine of Our Lady of Grace, Protectress of Marriages and Families

The origin of the Our Lady of Grace statue is written in the Book of Genesis,

"I willl put enmity between you and the woman, and between your seed and her seed. He will crush your head, and you will strike his heel. " (Genesis3:15)

The Our Lady of Grace depicted Mary's foot trampling the snake at the bottom and graces flows from Her hands because She bear the seed the Logos which is the Author of Grace and Mary is the Mediatrix of All Graces.

The image in the Miraculous Medal of St. Catherine Laboure made Satan tremble in the 19th century and prompted him to converse with God in 1884 vision of Pope Leo XIII because satan thought that Genesis 3:15 will unfold at that time. The 19th century was called the Age of Mary. Interestingly when St. Catherine Laboure died in 1876 the fame of wearing the miraculous medal grew & spread rapidly all over the world on the succeding years. Imagine satan seeing millions of people wearing the symbol of his defeat wriiten in Genesis 3:15, this made satan trembles in fear as his reign is about to end.

Satan in 1884 ask for an extension of 100 years more before God finally allows the Woman to crush his head. Interestingly also the Jewish prophetic calendar counted 1800 as equivalent to sixth day a typology when Satan was allowed to tempt Adam & Eve in the Garden of Eden. This calendar counting coincided with God allowng satan to destroy the Church by infiltration starting in 1884 vision.

The origin of the statue is actually the medal of Our Lady of the Miraculous Medal, in which the Blessed Virgin appeared to St. Catherine Labouré in 1830 and told her to make a medal according to her specifications: 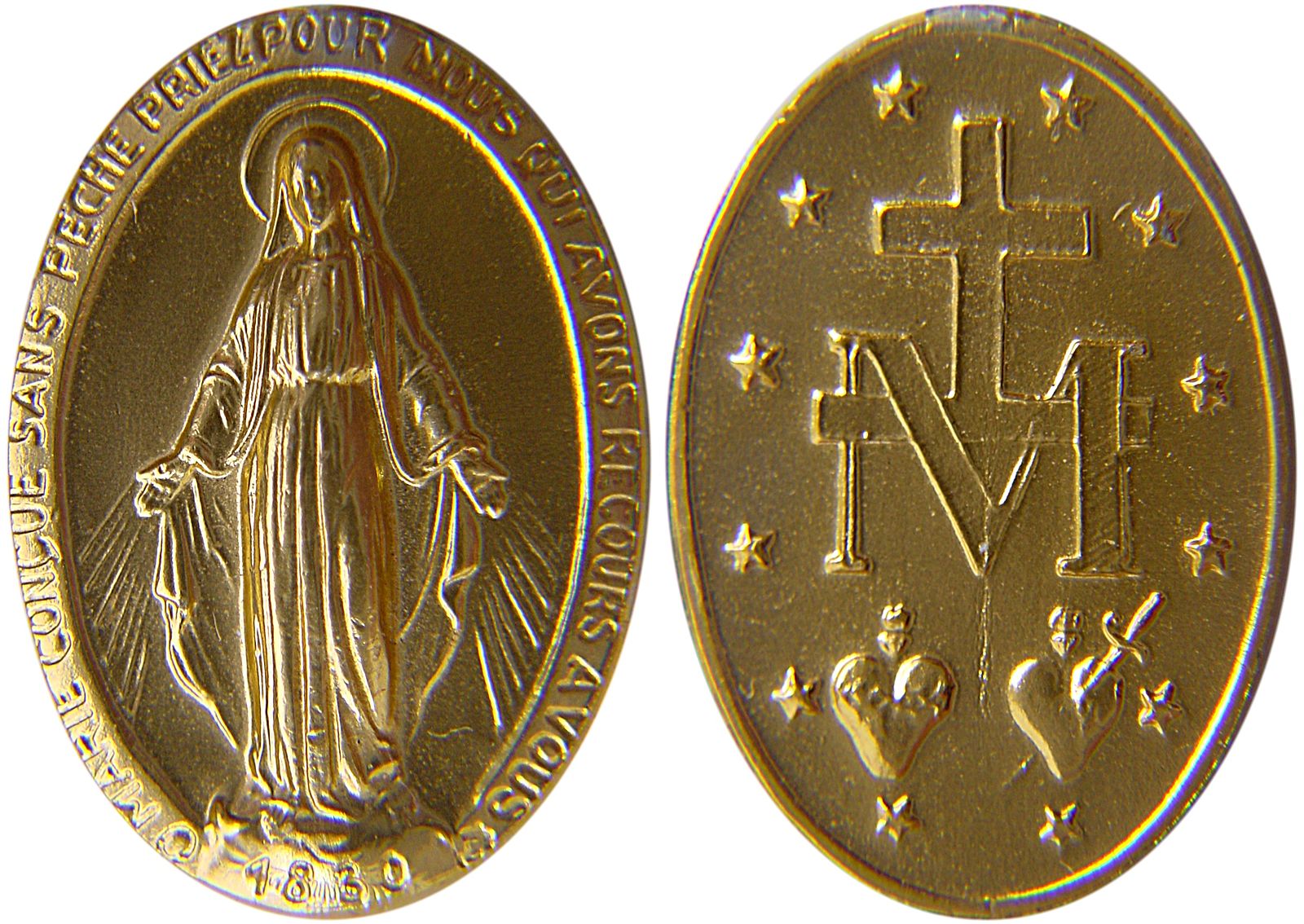 "Have a Medal struck after this model. All who wear it will receive great graces; they should wear it around the neck. Graces will abound for persons who wear it with confidence."

This would explain why she is also called "Our Lady of Grace".

Not the answer you're looking for? Browse other questions tagged catholicism virgin-mary art statues or ask your own question.

6
What is the Little Office of Our Lady in connection to the Scapular Devotion?
13
Does God lie? And does the devil tell the truth?
7
Are Roman Catholics required at any time to bow down to statues or images?
10
Has the prohibition against construction and veneration of statues and images been abrogated?
2
What was the Angelic Psalter that Our Lady told St. Dominic to preach?
2
Was Mary’s appearance to St. James the Greater in year 40 AD an apparition or bilocation?
2
How does the title of Mary as Co-Redemptrix exemplify or encourage simplicity towards Christ?