Is it historically inaccurate that Jesus is usually portrayed as European looking?

Is it historically inaccurate that Jesus is usually portrayed as European looking, having certain facial and bodily features (muscular)?

Would most people follow Him if he did not look white or was heavy set? It almost seems like a trick sometimes to get certain people to believe.

Does the Bible say anything about his physical appearance and how we are to physically think of Him? 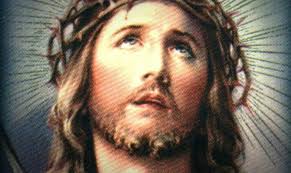 (A special on PBS about scientists who put together a large study to determine what Jesus looked most like, and it is not how he was usually pictured.) 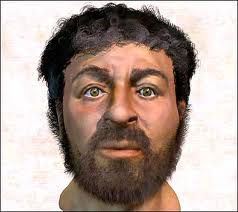 With regards to ethnicity and geography, the direct answer to this is a big Yes, it is wrong. Bethlehem is in Palestine, Asia. The borders of this nation is the red sea, Egypt, Lebanon Jordan, the Dead Sea and Syria, (varied with time). The closest picture we could estimate should be that of an Arab or middle eastern.

Theories that Jesus was European were forged, and claims that he was black, partly because Jesus lived as a small boy in Egypt, are inaccurate as well.

"...the angel of the Lord appeareth to Joseph in a dream, saying, Arise, and take the young child and his mother, and mother and flee into Egypt...that it might be fulfilled which was spoken of the Lord by the prophet, saying, Out of Egypt have I called my son." (Matthew 2:13-15).

These claims do not have any concrete scientific bases and are purely subjective.

Nowhere in the bible is was Jesus physically described apart from the transfiguration. We are only told of his descent Solomon and David, all from Israel and over 14 generations afterwards.

"And Jesse begat David the king; and David the king begat Solomon of her that had been the wife of Urias; And Solomon begat Roboam; and Roboam begat Abia; and Abia begat Asa;....And Jacob begat Joseph the husband of Mary, of whom was born Jesus, who is called Christ." (Matthew 1:6-16)

The names couldn't be European either.

Another possible answer also by logic is that God could not give him any look different from the people around him.

Let's assume that Christ was born in Eastern or West Africa where you can find the darkest people on earth. For Him to live an exemplary life so that people wouldn't find it a big deal doing what he did, he must have had the looks of blacks, not white to look strange for his black society to think it takes something supernatural to live a righteous life.

Remember that the society could not doubt him as the son of Joseph, the carpenter.

"Is not this the carpenter’s son? is not his mother called Mary? and his brethren, James, and Joses, and Simon, and Judas?" (Matthew 13:55).

Remember Jesus hungered, slept, wept and got angry to prove his earthly being. The best assumption is that, in the Middle-east, he would be born Middle-eastern as some sort of placebo to win friends and followers.

The Bible gives no physical description of Jesus in the sense of describing his skin tone, hair style, etc. I am not aware of any description in other ancient documents. (If anyone knows of one, please tell us. I'd love to hear about it.)

Jesus' mother was Jewish and his father was the Holy Spirit. As the implication is that he indeed inherited genetic material from his mother, it seems he would have looked at least half Jewish.

One story opponents spread about him was that his birth was the result of an affair between Mary and a Roman soldier named Pantera. Whether anyone considered whether his physical appearance was consistant with being the son of an Italian I don't know.

This is very speculative, but it seems to me that if he looked distinctly non-Jewish, like if he had been black or looked Chinese, that this would have been surprising and people would have talked about it and there would have been some record.

I didn't see the PBS special you refer to. Did they have any actual evidence to back up this picture? What more could they know than "probably looked Jewish"? It's a long way from there to a mocked-up photo.

Medieval and Rennaissance European art often portrays people from ancient history looking like Europeans, not only in skin color and facial features, but sometimes even wearing contemporary (to the artist) European clothes. As they did this with both heros and villians, I doubt it came from any racial antipathy. Perhaps it was ignorance: they didn't know how people back then looked. Perhaps it was the opposite of racism: They didn't know or care what color somebody was. Perhaps it was simple practicality: They were living in Europe, the available models to pose for a painting were all Europeans, so that's what they worked from.

As Shredder says, if someone draws Jesus looking non-Jewish because he hates Jews, that's racism and surely a sin. (And rather silly: if Jesus really had looked like a member of a racial or ethnic group you disliked, drawing him inaccurately wouldn't change that fact. It would make more sense for it to lead you to reconsider your prejudices.) If someone draws Jesus inaccurately because he doesn't know better, I can't imagine that God would hold that against him.

As we have no physical description of Jesus, ANY picture will surely be inaccurate. Barring divine inspiration to the artist, he's just guessing. What are the chances that someone who had never seen you or seen a picture of you, going just by vague knowledge of your ethnic background and a capsule biography, could draw a picture that people would recognize as you? Pretty close to zero, I think.

Yes it is wrong, in this day and age where everyone is on the internet and information is readily available, there is no excuse for ignorance. With just a few searches anyone can find out about the groups of people living in the Roman controlled Greek Kingdom of Judea. Jesus' mother was not 'jewish' as a lot of what westerners consider jewish are actually european jews whos families fled europe during WWII. His mother would have been closer to Israeli. He would not have looked arab or saharan. Believe it or not, semetic peoples are actually caucasian as caucasian does not mean 'white people' but white is part of caucasian as are afgani, persian, arab, india-indian and turkish peoples, (cauc-asian, asia is the greek word for the reigion we now know as turkey as asia means land where the sun rises and when you are standing in greece, the sun rises in turkey. On a similar note 'orient' is latin for where the sun rises). I digress, Jesus would have been tan with dark hair and a thick beard, not light skinned, anglo-german with light brown hair and a trimmed stylish beard. Look at the early paintings and mosaics of saints and apostles, they are all tan with dark hair. During the crusades there was a demonization of middle eastern peoples and the portrayals of early church figures where changed to look more european. Then the renaissance brought the mannerist and Raphael who furthered the european Jesus style.

A phrase in Isa. 53:2, which Christians interpret to be referring to the Lord Jesus Christ, says that he was not an attractive man:

The meaning therefore is, “We saw Him, and there was nothing in His appearance to make us desire Him, or feel attracted by Him.”

Furthermore, there are some who interpret Isa. 50:6 as referring to the Lord Jesus Christ.

I gave my back to the smiters, and my cheeks to them that plucked off the hair: I hid not my face from shame and spitting. KJV, 1769

If this is indeed about the Lord Jesus Christ, we may assume he had a beard.

It is probably inaccurate to portray Christ as caucasian as he was a middle easterner. Further, it was said of him, "There was nothing to draw us to him" (Isa.) and that he appeared as "the carpenter's son." Both of these imply that he was not remarkably different from his compatriots.

On the other hand, some would point out that the Shroud of Turin does have a good deal more "European" appearance than the one those who have created an amalgamation have portrayed.

Here is a description of Jesus from his outfit to his color. Nevertheless, to limit too much writing so people can have the time to read and refer back to the bible because it is our only source, I would make it short. Read the rest for yourself. Revelation 1:12-20. Verse 14.

Head white like wool, as white as snow, his eyes were like flames of fire, his feet like polished bronze refined in a furnace, and his face like the sun in all its brilliance.

Looking at this scripture, I can say that Jesus was black. Why? Because wool is rough, and it describes a black man hair. Likewise bronze polish in a furnace is a chocolate color. Eyes like flames of fire looks like a light brown piercing eye color to me with immense personality.

Nevertheless, we are losing the entire focus. Christ is for all. Whether others are using his image as their race, it does not matter. The ultimate goal here is living a righteous life. I am a black man, and it does not matter what image is used to personify Christ. Whatever reason people do it for whether good or bad, it still accomplishes the main purpose, and that’s faith in Christ our Lord. So, let us laid aside all of the bickering and embrace our brothers and sisters for whether white or black or any other race that might be. The greatest deception Satan has accomplished is divisiveness, and idleness , if we embrace this kind of ideology we are doom for eternal suffering.

Not the answer you're looking for? Browse other questions tagged biblical-basis historical-jesus art .

10
Are the images of Jesus drawn with blond hair and blue eyes correct?
0
Are these historical records about Jesus' appearance accurate?
-1
Why is Jesus portrayed as White in media?
4
What did Jesus look like or did Jesus look different for certain people?
3
Have any Christian theologians discussed whether Jesus resembled Joseph?
0
Was Jesus handsome according to Psalm 45:2?
1
Is disagreement over Jesus' physical look a problem?

39
What evidence is there that Jesus was a carpenter?
7
Why is Jesus portrayed and remembered in a state of suffering?
11
Does the fact that Joseph was a *tekton* require that Jesus was as well?
4
Why is Jesus looking on an oddly standing stone?
2
What is the name of the theory or thesis that the brothers of Jesus came from a previous marriage of St. Joseph?
4
Sense of humor that Jesus had
14
What was the most likely method of crucifixion that was used on Jesus?
3
Is there any biblical basis for the Church to depict Jesus as a European or some other ethnic race?
2
Is this statuette supposed to be St. Nicholas of Myra, or Father Christmas, or somebody else?