Why are there fourteen stations of the cross?

Seeing as the stations of the cross are not Scripture, but rather a later invention, why were the stations that were chosen, chosen?

With regard to the number of Stations it is not at all easy to determine how this came to be fixed at fourteen, for it seems to have varied considerably at different times and places. - Way of the Cross (Catholic Encyclopedia)

The article as a whole actually goes into quite a few different variations which are found and expounds on those which were varied and altogether absent. To compound the matter further, some parishes will include a 15th station: the resurrection.

It is my suspicion (using this article), but this is, at best, speculation, that it happened to be that the 14 stations which are used today happen to be the 14 stations which were used at the time in Rome. It is not unheard of for normalization to be propagated based on what was common in the area of the Roman See and, lacking better evidence, this seems like it makes for a good fit. Of course the fact that there were a number of published documents describing things not wholly unlike the modern practice from the two centuries prior does not hurt either.

This ambiguity was also something which lead to Blessed Pope John Paul II creating a new stations of the cross in the 1990's.

While this is by no means a mystery on the level of the sacraments, it is still something which cannot be known.

cwallenpoolecwallenpoole
4,8951717 silver badges3636 bronze badges
2
Add a comment  |
4
Want to improve this post? Provide detailed answers to this question, including citations and an explanation of why your answer is correct. Answers without enough detail may be edited or deleted.

The 7 corporal and 7 spiritual works of mercy add up to the 14 stations of the cross. Each station represents one of these works of mercy. Jesus teaches us to:

When we do walk the stations of the cross we have to pray for ourselves and others to be able to do the works of mercy, just as Jesus did for us all.

Why are there fourteen stations of the cross?

The simplest answer would be that for some it is believed that Mary, the Mother of Jesus started this tradition as such! The actual number of stations seems to be of no historical value or meaning.

Modern stations of the cross have 15 stations.

Many of us have seen The Passion of the Christ by Mel Gibson. Those of us who have can be keenly aware of how closely she longed to be supportive of her Divine Son.

In the Life and Revelations of Blessed Anne Catherine Emmerich, one of the Church's modern mystics and visionaries, we are offered a glimpse of what the Blessed Mother's life was like after Jesus was taken up bodily into heaven.

"I beheld Mary in her last years, making the Way of the Cross . . . she was, at this time, advanced in years, though there was visible in her no other sign of age than an ardent desire for her transfiguration. She was remarkably grave. I never saw her laugh, and the older she grew, the fairer and more transparent became her countenance. She was thin, but I saw no wrinkle, no trace of decay about her; she was like a spirit."

Just as scripture tells us that Mary "stored all these things in her heart," so too she stored in her heart the mystery of the redemption accomplished by her Son. Our Lady lived the rest of her life contemplating the mystery of Jesus' Passion, Death, and Resurrection. Anne Catherine Emmerich beheld Our Lady in vision retracing again and again the steps her Son walked through Jerusalem in his last hours, remembering them for her future children, and uncovering—for the entire Church—the gems and pearls that lay hidden therein.

According to tradition, towards the end of her life the Blessed Virgin moved from Jerusalem to Ephesus (in modern-day Turkey). No longer able to retrace the steps of her Son's Passion where they actually occurred, she set up an identical Stations of the Cross on her property using stones and markings. This became the first devotional Stations of the Cross. This is described in detail by Blessed Anne Catherine Emmerich according to her visions, below:

"Behind the house, at a little distance up the hill, the Blessed Virgin had made a kind of Way of the Cross. When she was living in Jerusalem, she had never failed, ever since Our Lord's death, to follow His path to Calvary with tears of compassion. She had paced out and measured all the distances between the Stations of that Via Crucis, and her love for her Son made her unable to live without this constant contemplation of His sufferings.

Soon after her arrival at her new home [in Ephesus] I saw her every day climbing part of the way up the hill behind her house to carry out this devotion. At first she went by herself, measuring the number of steps, so often counted by her, which separated the places of Our Lord's different sufferings.

At each of these places she put up a stone, or, if there was already a tree there, she made a mark upon it. The way led into a wood, and upon a hill in this wood she had marked the place of Calvary, and the grave of Christ in a little cave in another hill. After she had marked this Way of the Cross with twelve Stations, she went there with her maidservant in quiet meditation: at each Station they sat down and renewed the mystery of its significance in their hearts, praising the Lord for His love with tears of compassion.

Afterwards she arranged the Stations better, and I saw her inscribing on the stones the meaning of each Station, the number of paces and so forth. I saw, too, that she cleaned out the cave of the Holy Sepulcher and made it a place for prayer. At that time I saw no picture and no fixed cross to designate the Stations, nothing but plain memorial stones with inscriptions, but afterwards, as the result of constant visits and attention, I saw the place becoming increasingly beautiful and easy of approach. After the Blessed Virgin's death I saw this Way of the Cross being visited by Christians, who threw themselves down and kissed the ground." - How the Virgin Mary Began the Way of the Cross After Jesus' Ascension 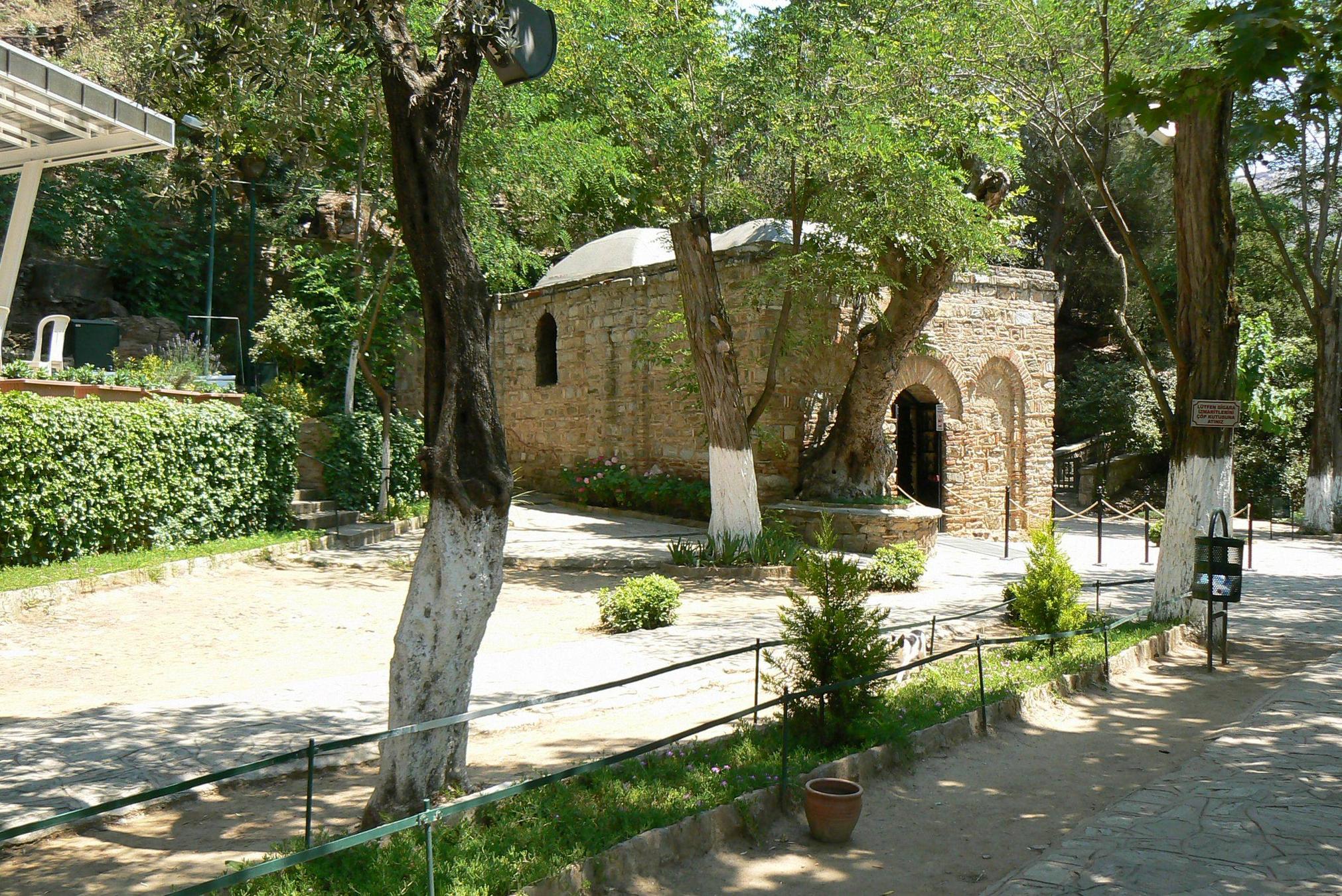 House of the Virgin Mary

With regard to the number of Stations it is not at all easy to determine how this came to be fixed at fourteen, for it seems to have varied considerably at different times and places. And, naturally, with varying numbers the incidents of the Passion commemorated also varied greatly. Wey's account, written in the middle of the fifteenth century, gives fourteen, but only five of these correspond with ours, and of the others, seven are only remotely connected with our Via Crucis. - Way of the Cross (Catholic Encyclopedia)

In 1991, Pope John Paul II introduced a new form of devotions, called the Scriptural Way of the Cross, that are grounded in scripture. This new form of the Stations of the Cross has the same number of stations (14) as found traditionally in churches, however they vary somewhat in titles as to be more scriptural than traditional. The following article bears this out:

Not the answer you're looking for? Browse other questions tagged tradition crucifixion .

8
Is there any tradition with regards to Zechariah's prayer in Luke?
15
Is there a historical reason why the liturgical colour purple eventually replaced black to symbolize penance?
4
Is there any theological basis for the eating of lamb at Easter?
4
Why was Jesus not welcomed and carefully tested by the Jews if they were (and are) actually waiting for Messiah?
0
Any biblical passages, traditions or historical record of Virgin Mary's baptism?
5
Why there isn't a daily prayer structure like Liturgy of the Hours among Protestants?