Who can move Easter celebrations in the Orthodox Churches?

I have come to understand that the autonomous Finnish Orthodox Church celebrates Easter at the same time as Western Churches.

Who made the decisions, and was the Ecumenical Patriarch involved?

Who made the decision that the autonomous Finnish Orthodox Church could celebrate Easter at the same time as Western Churches and was the Ecumenical Patriarch involved?

As for the Orthodox Church in Estonia, it was the Ecumenical Patriarch Germanos who issued the tomos of autonomy on June 7, 1923. Similarly the Patriarch of Moscow was involved in this decicion as well.

The following article explains the situation for both Orthodox Churches quite well: The Date of Orthodox Easter in Finland and Estonia. 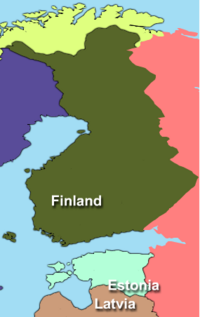 Not the answer you're looking for? Browse other questions tagged eastern-orthodox easter or ask your own question.