What does the symbology in this painting of the Trinity mean?

This image is in a Catholic hospital in Spokane, WA. I understand the Father/Son/Holy Spirit symbology, the ABBA reference, and the initials of the Christ. But three things in this image I cannot identify:

What do these parts of this image symbolize? 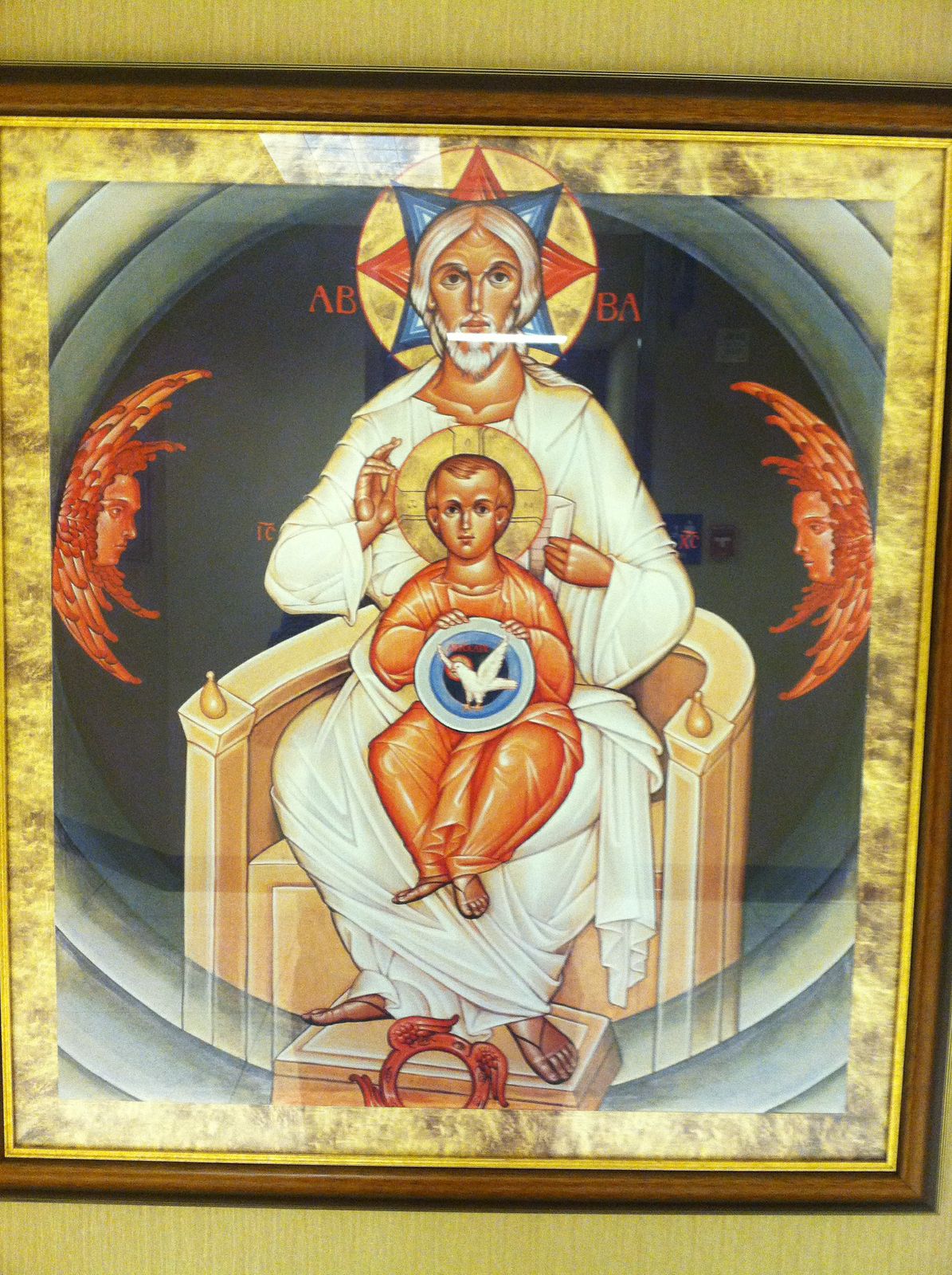 The painting most probably comes from Byzantine Tradition as we can see the use of gold a well-known attritube of most of the Orthodox artist in expressing their views or faith.

The symbol ICXC in the middle of the painting with overline make certainty that this artwork belong to Eastern or Byzantine Tradition and there's no Muslim iconography here as it would be an obvious contradiction to their upheld Tradition.

"In Eastern Christian tradition, the monogram ΙϹΧϹ (with Overline indicating scribal abbreviation) is used for Ἰησοῦς Χριστός in both Greek and Cyrillic tradition." https://en.wikipedia.org/wiki/Christogram

The artwork depicted the five (5) characters who had the important role in the Drama of Man's Salvation.

Note : Both the foot of the Father and the Son was shown by the artist in the same color tone & sandals meaning both of them had set their foot on their creation.

Further deciphering the image we can describe them as follows;

NOTE: The artist colored the circled wing angel below the Throne brown denoting earthly color. Biblically, Lucifer after his fall was cast down to earthly realm. A color contrast with the color of wing cherub on left & right side is artist way of conveying the difference of Angelic glory.And size difference denotes wing cherub was glorified and Lucifer shrink in size denotes demotion.

In closing, the artist perfectly describes what is the "Divine Plan of God"existed in eternity represented by three concentric circles symbolizing the Holy Trinity inside the Third Heaven. We can see that the artist included the Ark of the Covenant here plus Lucifer being the bearer of God's Light or guardian of God's Throne in the Holy Mountain. The Five Characters (Abba Father, Jesus Christ, Holy Spirit the "another Advocate & Spirit of Truth, Mary the Theotokos and Lucifer which is created good and bestowed with perfect gifts & anointing) are the main actors in the Drama of Man's Salvation.

The following icon is quite modern in several respects. Its' main focus is on the mystery of the Holy Trinity. 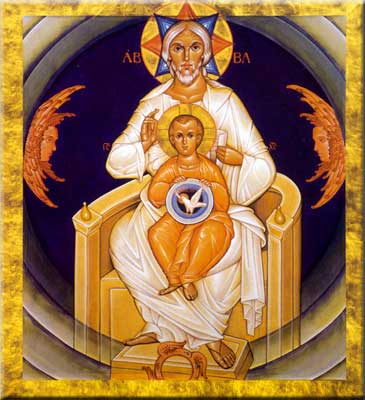 First of all, I would like to mention that in iconography the colour gold represents the presence of God.

This icon as I have already stated is about the Most Holy Trinity, yet there are some unique features to it.

Bearers of the Throne or ḥamlat al-arsh are a group of angels in Islam. The Quran mentions them in Quran 40:7 and Quran 69:17. In Islamic traditions, they are often portrayed in zoomorphic forms. They are described as resembling different creatures: An eagle, a bull, a lion and a human. They would intercede with the creature that corresponds to their form. Other hadiths describes them with six wings and four faces. The portrayal of these angels is comparable to the Seraphim in the Book of Revelation. These four angels are also held to be created from different elements: One from light, one from fire, one from water and one from mercy. 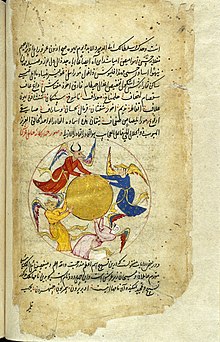 The four supporters (angels) of the celestial throne

Not the answer you're looking for? Browse other questions tagged catholicism symbolism iconography or ask your own question.

5
What is this symbol (cross with P loop atop)?
7
What does this Catholic symbol mean?
1
What is the Catholic understanding of 'age' in Scripture and in its Tradition?
14
What does the abbreviation “RNIO” mean in a painting of the Virgin and Child?
6
Pope Benedict XVI and Pope Francis and the Prophecy of the Popes?
7
What does the letters 'JHS' mean?
2
According to Catholicism, why does the Creed mention only the role of Holy Spirit in the conception of Jesus?