How do Catholics observe Lent through a dignified and appropriate use of food?

Have you considered presenting menus for those fasting days for religious people to follow? If so, what foods to eat on which fasting season and why? Display pictures if possible. Many would appreciate that.

In the Roman Rite Lent starts on Ash Wednesday and finishes on Holy Saturday. This comprises a period of 46 days. This includes six Sundays which are not considered part of the Lenten fast, but they are traditionally is still part of spirit of abstinence in Lent.

The period of Lent observed in the Eastern Catholic Churches corresponds to that in other churches of Eastern Orthodoxy that have similar liturgical and Lenten traditions.

Age for Fasting in the Catholic Church: According to Church law, all persons 14 years and older are bound to abstain from meat on the days prescribed (Ash Wednesday, Good Friday, and Fridays throughout the year unless they are solemnities, or the conference of bishops has established another penance). Children under 18 are not bound to fast; adults under 60 years of age are bound to fast on the days prescribed (the only specific days prescribed for the whole Church are Ash Wednesday and Good Friday, though fasting more often is encouraged). Of course, those really unable to fast for reasons of health are excused from fasting. - Fasting

Pope Benedict XVI has this to say about Fasting:

It seems abundantly clear that fasting represents an important ascetical practice, a spiritual arm to do battle against every possible disordered attachment to ourselves. Freely chosen detachment from the pleasure of food and other material goods helps the disciple of Christ to control the appetites of nature, weakened by original sin, whose negative effects impact the entire human person. Quite opportunely, an ancient hymn of the Lenten liturgy exhorts: “Utamur ergo parcius, / verbis cibis et potibus, / somno, iocis et arctius / perstemus in custodia – Let us use sparingly words, food and drink, sleep and amusements. May we be more alert in the custody of our senses.” - MESSAGE OF HIS HOLINESS BENEDICT XVI FOR LENT 2009

Here are a few suggestions for Lent, whether on a traditional or a regional note:

Honey and the Bee is also a symbol of wisdom, for it collects nectar from many flowers and turns it into nourishing and pleasing honey, which is the 'gold' of bees. We should do the same, take whatever we can and transform it through our labor into a superior element useful for us and our neighbor.

The symbolism of bees also signifies the way the Church generates her spiritual fruits because bees are virginal, they don't have any sexual contact. As the Church gives grace through the purity of her divine Sacraments, so the bees give us honey and wax by the labor of their pure bodies. This is why their wax, considered the fruit of a virgin labor, is worthy to burn in the candles on the altar at the offering of the Holy Sacrifice.

The honey, so agreeable to the palate, is symbolic of spiritual sweetness and religious eloquence. For this reason, the beehive is emblematic of St. Ambrose and of St. Bernard of Clairvaux, two Doctors whom the Church surnamed mellifluus and mellificuus.

Here follows some pictures for the curious: 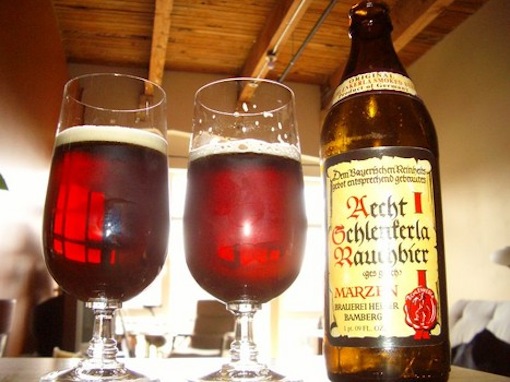 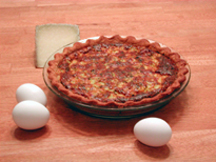 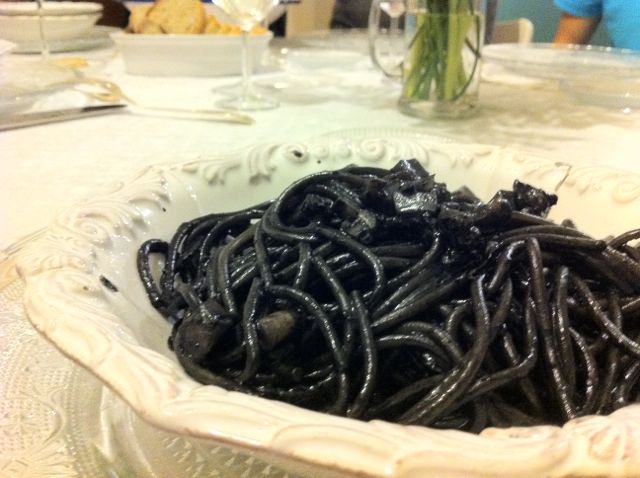 Spaghetti al nero di seppia {pasta + squid ink} This truly looks like a penitential food to eat. It only for the courageous to eat. 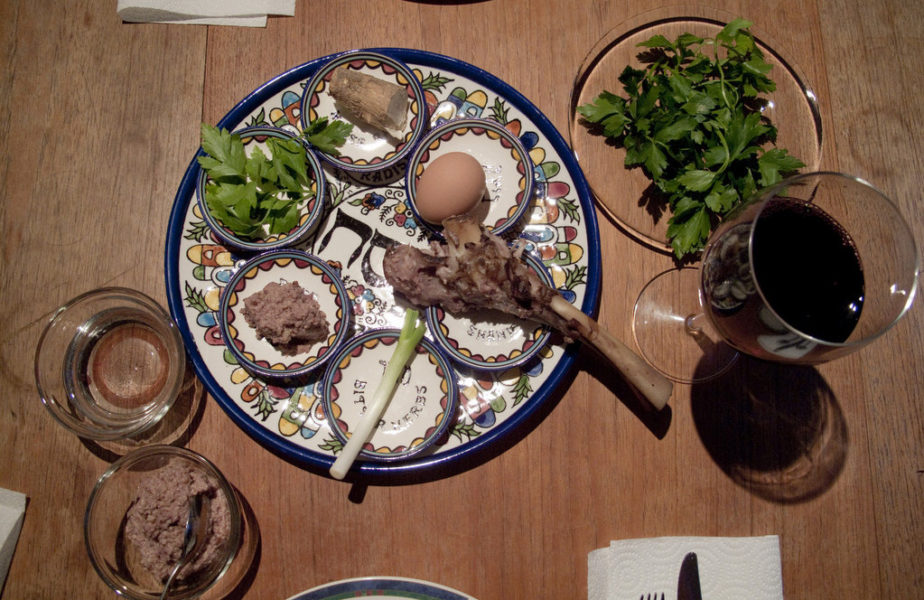 For Holy Week, bring Jewish roots of Mass to life and host your own family Seder meal. 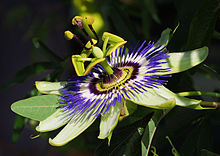 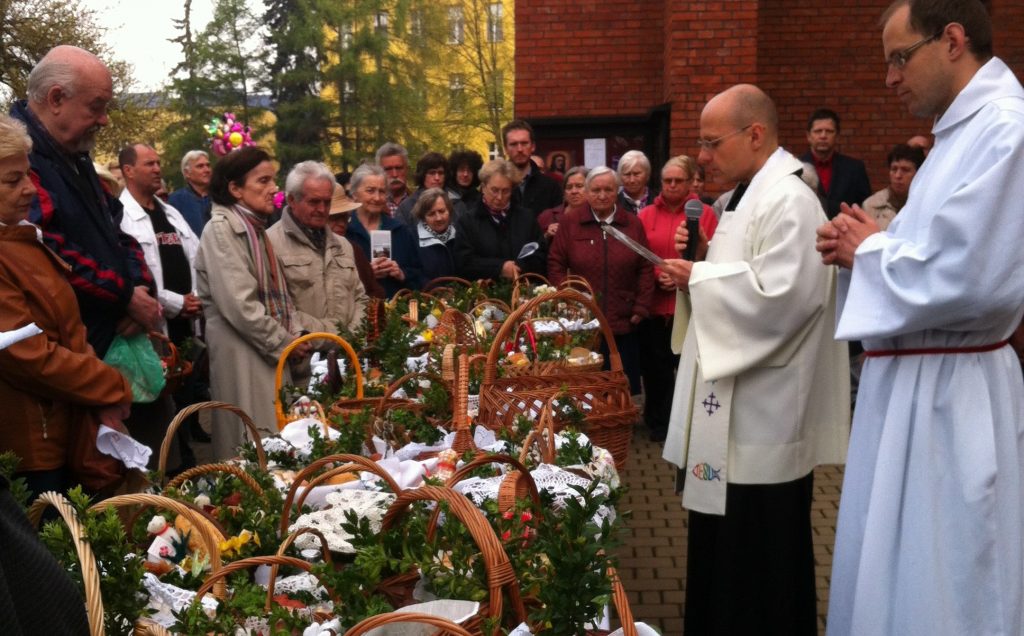 Whether Poles are church going or not, this is a tradition that has stayed with practically everyone, so that Easter just isn’t Easter without a basket of goodies. Here’s a typical church scene in Poland where the baskets just keep on coming all day long and the priests bless them every 5 minutes, as soon as the table has been replenished with more. Last year I met my retired renal consultant with his family here in the UK. They are English but his son’s Polish fiancee was visiting and insisted on preparing a basket and heading for the nearest church – so others are learning about this ancient practice. - Święcone – What to put in your Polish Easter basket

Not the answer you're looking for? Browse other questions tagged catholicism diet fasting historic-customs lent or ask your own question.

9
How long, and in what cases did Catholics participate in the Black Fast?
1
What are the dietary restrictions for Lent in Catholicism?
8
How do Roman Catholics interpret 1 Timothy 4:3
10
What was the Original Purpose of Fasting from “Wine” and “Olive Oil” in the Orthodox Tradition?
6
Is there a medical dispensation formally allowed from Lenten fasting in Catholicism?
7
Which Episcopal Conferences set alternatives for abstinence on Fridays?
5
How is Lent observance reconciled with Matthew 6:16-18?
1
Are Filipino Roman Catholics required to not have meat on all Fridays of Lent?