What is the meaning behind this coin of Pope St. John Paul II?

I have in my possession a big coin in a nice box with the papal heraldry of Pope St. John Paul II.

I am very curious Where this coin came from and why this coin exists.

I have found many different pictures but none like the one I have. This is the entire object photographed.

It seems my Grandfather and his brother who was a man of the cloth himself have been to Rome and may have gotten it in Vatican City. I found a photobook with pictures of him on St. Peter's Square and pictures of the Pope he made. (I cannot say which pope or time) 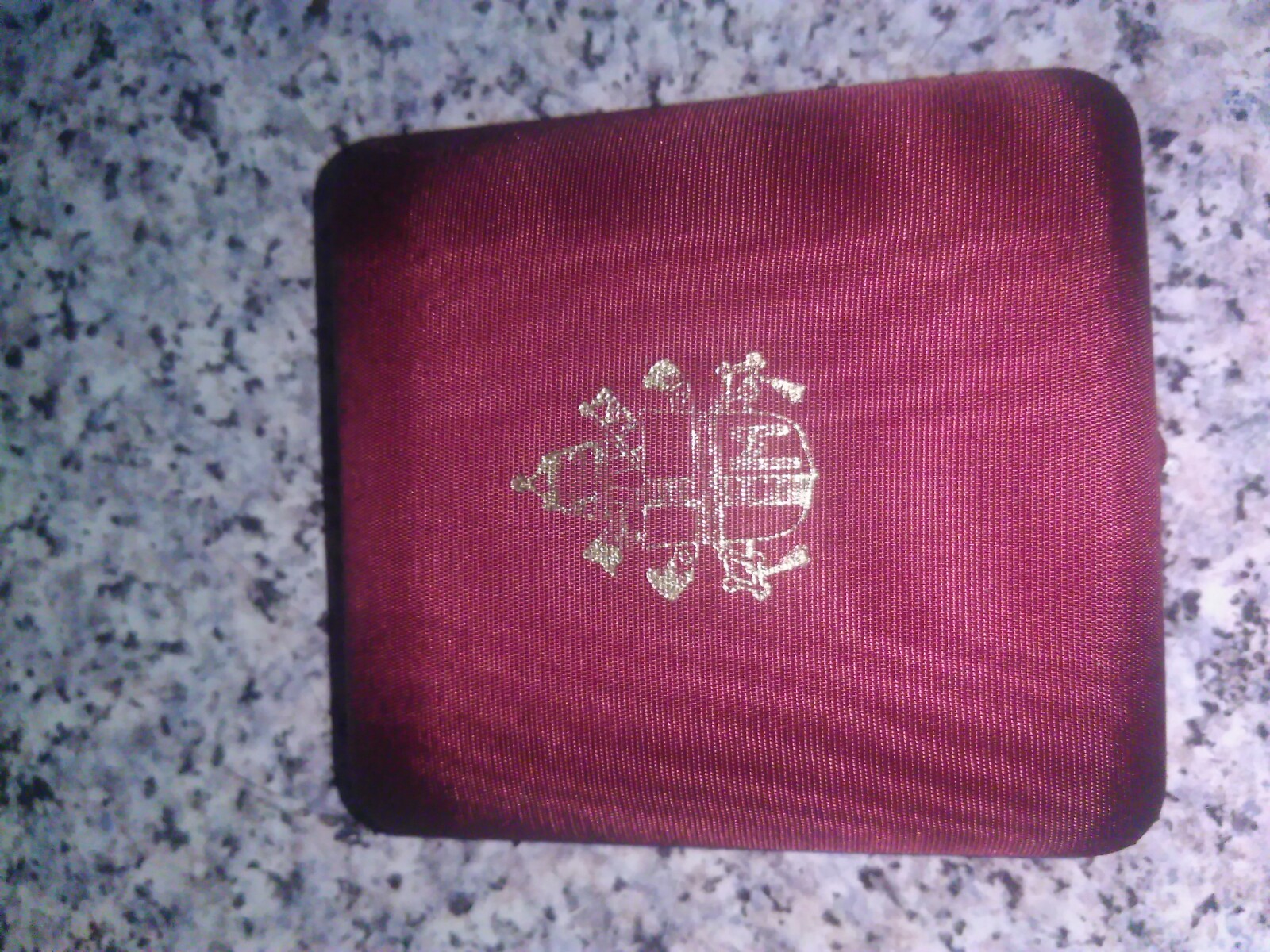 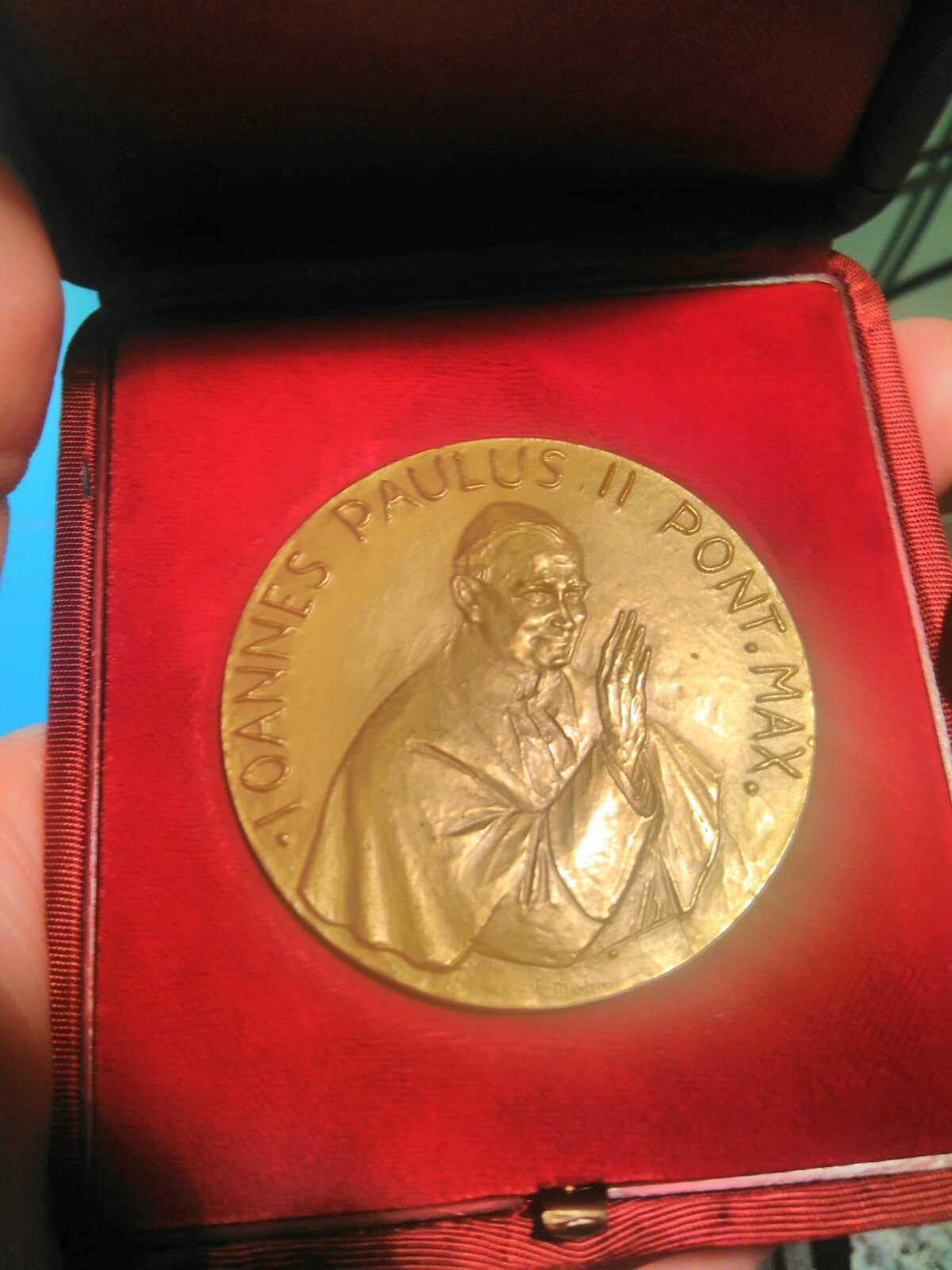 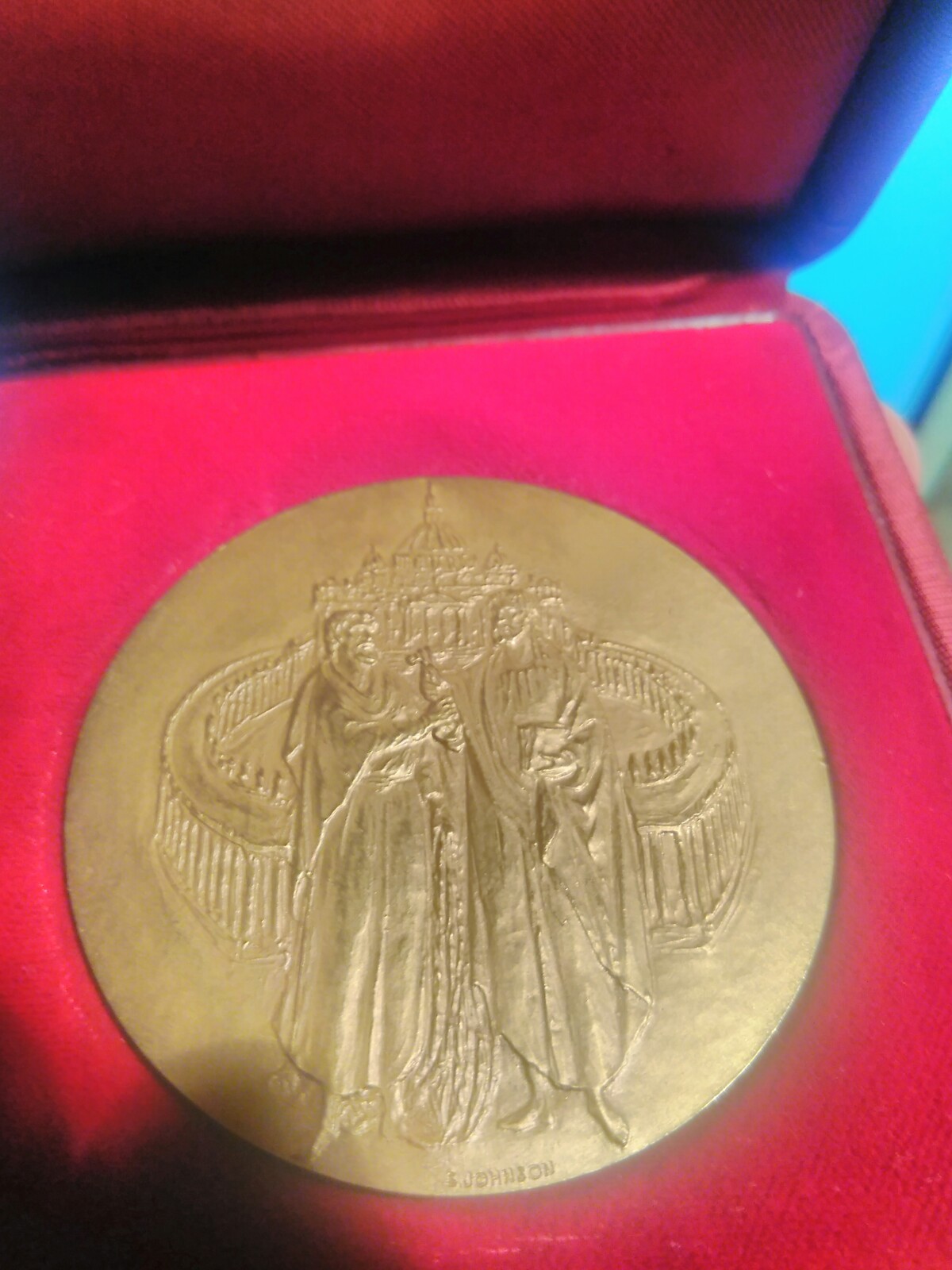 When visiting Rome, it is quite a common thing to see pilgrims and tourists buying souvenirs either close to the Vatican or right in Vatican City itself.

Buying a souvenir of the reigning Sovereign Pontiff is very popular when near the Vatican. Traditionally any medal of a reigning pope will have his image on one side. In the case of the medallion at hand it is of Pope John Paul II with the inscription: "Ioannes Paulus II Pont[ifex] Max[imus]" which simply means "John Paul II Supreme Pontiff".

Medallions showing the image of Saints Peter and Paul (the two great Apostles of Rome) on the reverse side are still somewhat common. I am confident that this is what is portrayed on this medal as both person portrayed are bare foot and are bearded. Underneath the two Apostles of Rome one can read the inscription: S. Johnson (the artist who designed this particular medal). I have several such medallions of previous popes.

Medallions of with the images Saints Peter and Paul have been around since the third century. 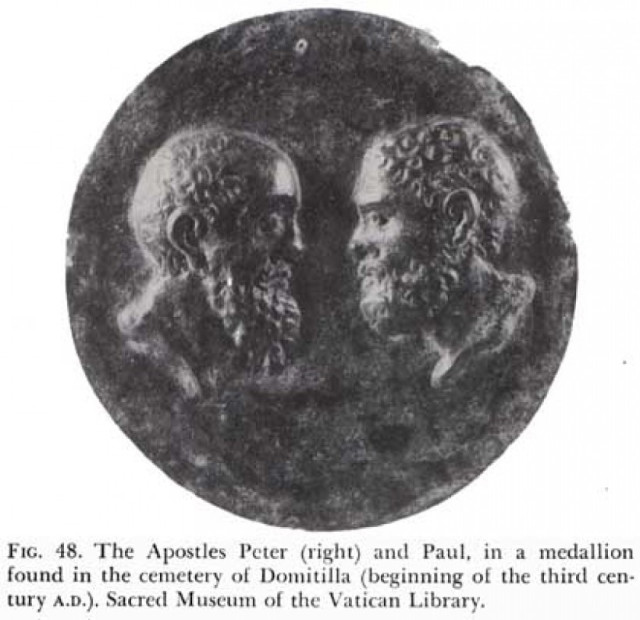 The medallion is unique, not only because of its age, but for its iconography; for it shows us the typical images of Peter and Paul that we know through our Church’s sacred art. St Paul (on the left) is portrayed with bald head and full beard, and St. Peter is portrayed with a full head of hair and a full beard. - 3rd Century Bronze Medallion of Saints Peter and Paul

It's hard to tell what the verso is, but perhaps it's St. Peter passing his keys to John Paul II.

Not the answer you're looking for? Browse other questions tagged catholicism art john-paul-ii or ask your own question.

5
What personal possessions did Pope John Paul II have at the time of death?
2
What is Reasoning behind the Inquisition and Separation of Holy days to be separate from the Israeli Sabbath
12
The meaning of “The Other” in the writings by pope John Paul II
6
May the Pope waive the requirements of Canon Law in the appointment of bishops?
7
When was the formal title of Pope first officially bestowed on the Bishops of Rome?
4
What does it mean when Archbishop Ganswein stated that Pope Benedict XVI expanded the Petrine Ministry?
3
Are there any individuals who are claiming to be the pope that are not Pope Francis?