When was the festival of the see of Peter in the 6th Century?

I've been researching the Decrees of the second Council of Tours (AD 567), specifically Canon XXI:

I understand the 1st of January to have been when Consuls entered office and citizens would renew vows, make offerings to chief deities such as Jupiter and Juno, and take auspice.

But when was the festival of the see of Peter in the 6th Century?

Does it correspond to the Feast of Saints Peter and Paul or some other feast in honor of St. Peter?

Personally, I'm not familiar with the calendrical history and the changes the calendar went through.

(1) A History Of The Councils Of The Church Volumes 1 to 5 by Charles Joseph Hefele D.D. Chapter I, The synods until the end of the sixth century.

When was the festival of the See of Peter in the 6th Century?

It would seem that the festival in question would be the Feast of the Chair of St. Peter. But the date of this feast was January 18 and not February 22, as noted in Sempaiscuba's answer on the History SE site.

In the modern liturgy of the Roman Rite, the Feast of the Chair of St. Peter is the 22nd of February. But prior to 1969, this feast was in fact on January the 18th. Wikipedia backs this up.

In the Roman Rite, the feast of the Chair of Saint Peter is celebrated on 22 February.

The Catholic Encyclopedia is still clearer:

From the earliest times the Church at Rome celebrated on 18 January the memory of the day when the Apostle held his first service with the faithful of the Eternal City. According to Duchesne and de Rossi, the "Martyrologium Hieronymianum" (Weissenburg manuscript) reads as follows: "XV KL. FEBO. Dedicatio cathedræ sci petri apostoli qua primo Rome petrus apostolus sedit" (fifteenth day before the calends of February, the dedication of the Chair of St. Peter the Apostle in which Peter the Apostle first sat at Rome). The Epternach manuscript (Codex Epternacensis) of the same work, says briefly: "cath. petri in roma" (the Chair of Peter in Rome).

In its present (ninth-century) form the "Martyrologium Hieronymianum" gives a second feast of the Chair of St. Peter for 22 February, but all the manuscripts assign it to Antioch, not to Rome. Thus the oldest manuscript, that of Berne, says: "VIII kal. mar. cathedræ sci petri apostoli qua sedit apud antiochiam". The Weissenburg manuscript says: "Natl [natale] sci petri apostoli cathedræ qua sedit apud antiocia." However, the words qua sedit apud antiochiam are seen at once to be a later addition. Both feasts are Roman; indeed, that of 22 February was originally the more important. This is clear from the Calendar of Philocalus drawn up in the year 354, and going back to the year 311; it makes no mention of the January feast but speaks thus of 22 February: "VIII Kl. Martias: natale Petri de cathedra" (eighth day before the Calends of March, the birthday [i.e. feast] of the Chair of Peter). It was not until after the insertion of Antioch in the copies of the "Martyrologium Hieronymianum" that the feast of February gave way in importance to that of January. The Roman Church, therefore, at an early date celebrated a first and a second assumption of the episcopal office in Rome by St. Peter. - Chair of Peter 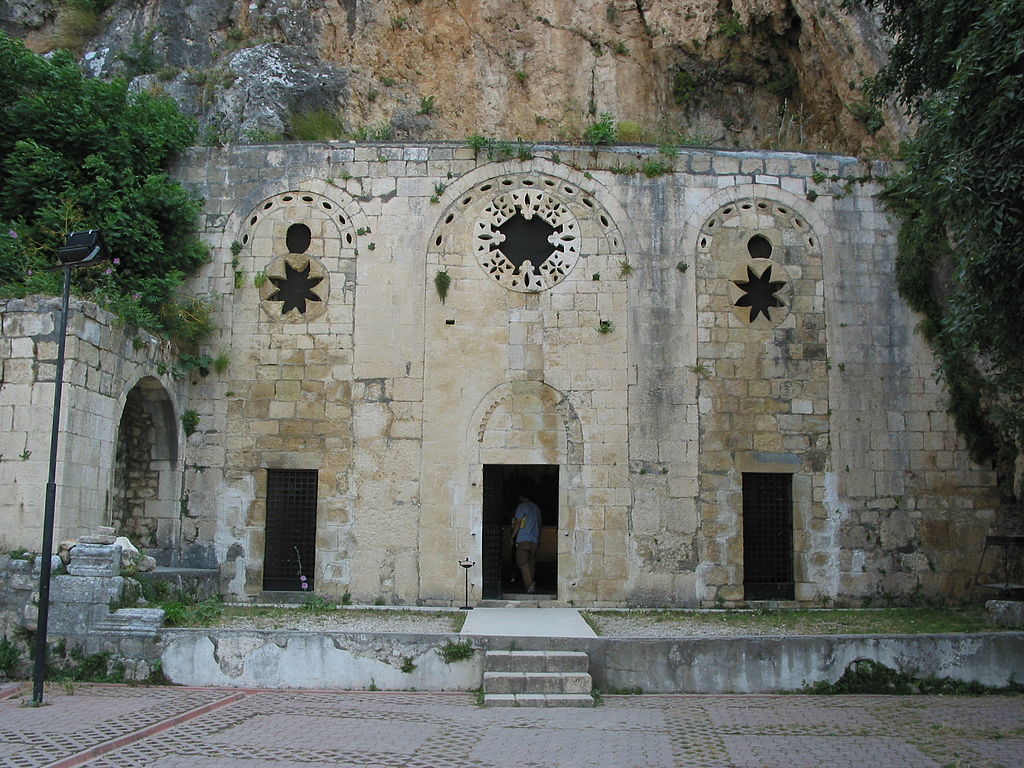 Facade of the Church of St. Peter, originally built ca. 1100 by Crusaders and rebuilt in the 19th century

Not the answer you're looking for? Browse other questions tagged catholicism medieval-church peter ecumenical-council calendar or ask your own question.

15
Was the apostle Peter martyred in Rome?
10
Was Peter part of a militant sect?
4
What did Peter, James and John see on the Mount of Transfiguration?
11
When did Peter become the first Pope, according to Roman Catholic doctrine?
2
What determines when the Flores de Mayo and the Santacruzan festival will occur each year?
1
According to the Catholic Church, when Peter briefly walked on water, was it a miracle attributed to him?
5
Was Peter poor and uneducated before he met Jesus?
1
What were the ages of the Apostles Peter and John when Jesus was crucified?