I've always been curious to know what's the reason that nuns, usually used to cover their hair and not show it out, while monks head is usually uncovered? What's the religious explanation for that thing?

N.b. What's the reason that sometimes monks or pastors covered their head?

See the pictures below: 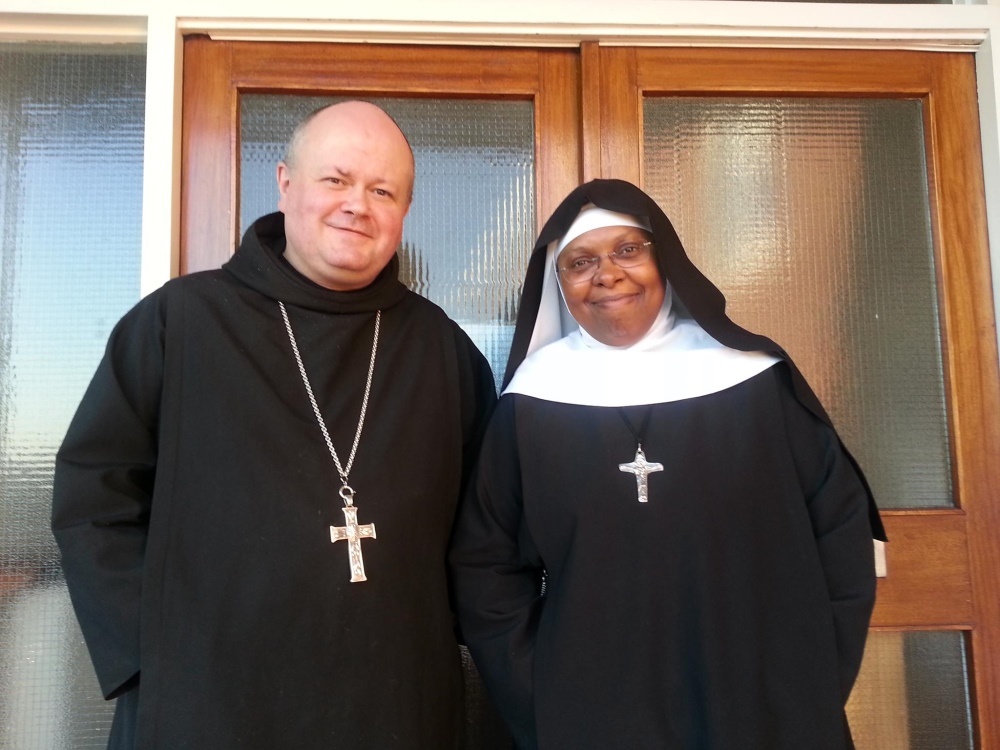 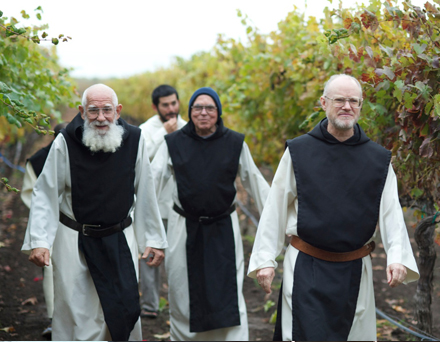 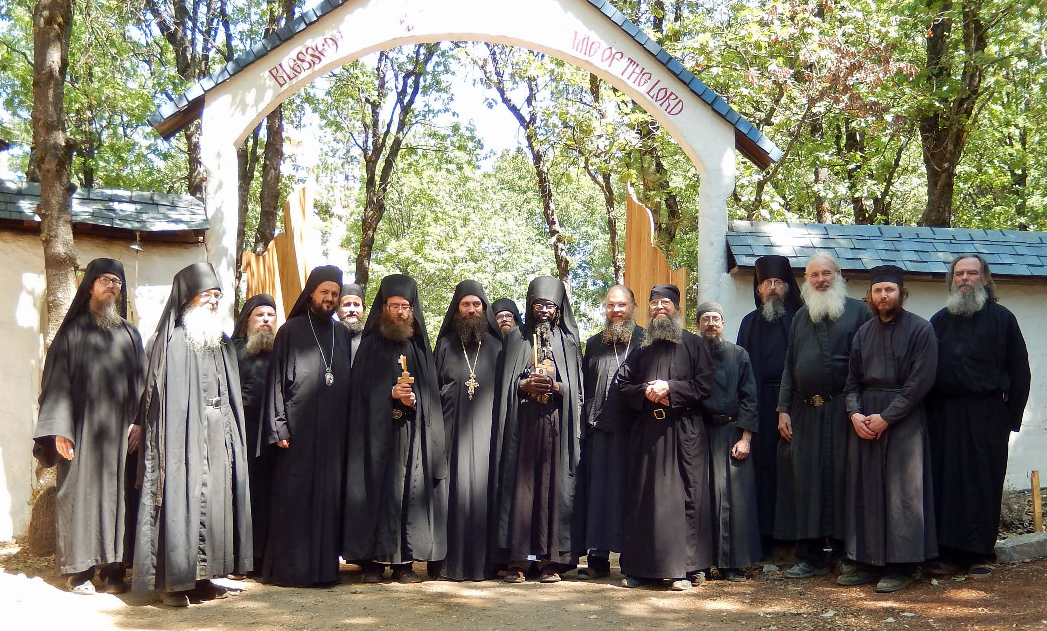 The pictures were taken from these sites:

The custom originates in Judaism, and different arguments are given for it. Married women, in particular, cover their hair in an act of modesty. They argue a woman's hair should be reserved for her husband (not so different from the customs in Islam).

Religiously it is also an act that separates one from the world.

Within Christianity there are additional scriptures and Church Fathers who reinforce such head coverings. Here's a line from Paul on the subject:

He seems to quibble over this point a bit, but ultimately takes the stance of tradition on the matter:

1 Corinthians 11:13-16 Judge for yourselves: Is it proper for a woman to pray to God with her head uncovered? 14 Does not the very nature of things teach you that if a man has long hair, it is a disgrace to him, 15 but that if a woman has long hair, it is her glory? For long hair is given to her as a covering. 16 If anyone wants to be contentious about this, we have no other practice—nor do the churches of God.

So the practice is rooted in a Jewish tradition and the wider mid-eastern culture. It has additionally been expounded on both in the Christian scriptures and the subsequent writings of Church Fathers.

As for men, Paul also makes the argument that men should NOT have their heads covered.

1 Corinthians 11:4 Every man who prays or prophesies with his head covered dishonors his head.

1 Corinthians 11:7 A man ought not to cover his head,[b] since he is the image and glory of God; but woman is the glory of man.

This breaks a bit with modern and Orthodox Judaism, where men wear a covering in prayer (if not all the time!).

Despite the scriptural arguments, I rarely if ever see Protestant women wear head coverings. Ultimately it seems to come down to a given sects culture. In America most would not think it immodest to not cover one's hair.

There are numerous reasons for this. It is traditional. St. Paul writes about. It is also a question of modesty. And finally, it is a way to imitate the Blessed Virgin Mary.

Women covering their heads is traditional in many ancient cultures including Judaism.

In Judaism, Christianity, and Islam the concept of covering the head is or was associated with propriety and modesty. Most traditional depictions of the Virgin Mary, the mother of Christ, show her veiled. During the Middle Ages most European married women covered their hair rather than their face, with a variety of styles of wimple, kerchiefs and headscarves. Veiling, covering the hair, rather than the face, was a common practice with church-going women until the 1960s, Catholic women typically using lace, and a number of very traditional churches retain the custom. Bonnets were the rule in non-Catholic churches. Lace face-veils are still often worn by female relatives at funerals in some Catholic countries. In Orthodox Judaism, married women cover their hair for reasons of modesty; many Orthodox Jewish women wear headscarves (tichel) for that purpose. - Veil (Wikipedia)

St. Paul the Apostle also had some influence on women in general and nuns were the veil. Here is how the Catholic Church explains it in modern times.

The custom or “changeable discipline” of women wearing head coverings or “mantillas” is rooted in the norm St. Paul prescribed in 1 Corinthians 11:2-16. In short, it is no longer binding on women.

Here’s a little background on the matter. In canon 1262 §2 of the 1917 Code of Canon Law, the Church maintained the Pauline discipline:

Men, in a church or outside a church, while they are assisting at sacred rites, shall be bare-headed, unless the approved mores of the people or peculiar circumstances of things determine otherwise; women, however, shall have a covered head and be modestly dressed, especially when they approach the table of the Lord.”

However, canon 6 §1.1 of the 1983 Code abrogated (abolished or nullified) the provisions of the 1917 Code. What this means is that any 1917 canon that was not somehow incorporated into the 1983 Code is no longer in effect. The 1983 Code did not reissue the canon on women’s head coverings, making it clear that women no longer have any canonical obligation to wear a head covering.

Still, prior to Vatican II in the early 1960s, women in the Church began to participate in Mass without head coverings. By the early to middle 1970s, very few women were wearing head coverings at Mass. While the Church never made a canonical pronouncement, canon law does allow for modification of a custom, provided that the Church permits the modification. In summary, the custom began to change among the faithful, and the Church deemed it prudent to let the former custom “die a natural death,” as one faithful liturgist has observed. Consequently, the 1983 Code formally abolished a custom that had basically ceased to be operative for a good number of years.

In fact, in its 1976 declaration on the admission of women to the ministerial priesthood, Inter Insigniores, the Congregation for the Doctrine of the Faith noted the 1917 norm on head coverings was no longer binding:

must be noted that these ordinances, probably inspired by the customs of the period, concern scarcely more than disciplinary practices of minor importance, such as the obligation imposed upon women to wear a veil on their head (1 Corinthians 11:2-16); such requirements no longer have a normative value (no. 4).

While no longer required, head coverings have always been a matter of culture and piety. Hence, the question of whether to wear a head covering is left up to the individual. - What Happened to Mantillas?

Most traditional Christians believe the head covering of nun and women in general a question of modesty and more.

The veil is the sign of the nun’s consecration.

“You put the veil on and you know you belong to (God),” Mother Maria Micheal said. “You are not your own. “

The veil and coif cover the nun’s hair, which the Scriptures call a woman’s “adornment,” to protect her from vanity and to remind her that she is given fully to God, the abbess said. - Each garment a sign, a statement, a reminder

Wearing a veil is also a way to imitate the Mother of Jesus. Most traditional depictions of the Virgin Mary, the mother of Christ, show her veiled.

The Cathedral of Norte Dame de Chartres, in fact claims that it actually preserves part of the veil of the Blessed Virgin Mary.

The first church at Chartres boasted one of the most venerated relics in Christendom, Our Lady’s Veil, which tradition declares was worn by the Virgin as she stood at the foot of the Cross. It had been transferred in the early years of the Christian Church from Jerusalem to Constantinople and presented by the Empress Irene to the Holy Roman Emperor Charlemagne (742-814). In 876 his descendant Charles the Bald gave the relic to the cathedral at Chartres. Our Lady’s Veil is kept in a golden reliquary beside the high altar and has formed the focus of many traditions throughout the centuries. For instance, in 911 when the bandit Rollo and his henchmen were besieging Chartres, local people took the veil from the church and paraded it as a flag of war. Rollo and his men were defeated and the siege was lifted.

The shrine is renowned for pilgrimages made by many of the great doctors and theologians of the Church. Our Lady’s Veil was believed to have protected the faithful down through the centuries from many dangers and evils, including famine and war, outbreaks of the plague, and the worst ravishes of the French Revolution.

The veil itself is more than six metres long and made of silk. Scientific studies have shown that it is of Syrian design, of fine quality and can be traced to the first century. If indeed it was the original Veil of Our Lady it has probably been extended and embellished over the centuries. It had once been depicted as a tunic (Sancta Camisia) but when this was unwound it was found to be a Veil, or a long piece of cloth rather than a tunic.

Every year on 15th August, the Feast of the Assumption of Our Lady, the Veil is processed through the town of Chartres. - So what is the story of Our Lady’s Veil

Not the answer you're looking for? Browse other questions tagged historic-customs or ask your own question.

9
Does any church follow the Apostolic Tradition of Baptism ‘in the nude’, or was that never the tradition?
13
What is significant about the swaddling clothes with which Jesus was wrapped as a baby?
11
Does the fact that Joseph was a *tekton* require that Jesus was as well?
6
Does Jesus' public reading of the Scriptures imply that he had any authority within the religious community?
4
Why did Nehemiah need to tell us that the Queen was sitting beside the King?
7
What is the earliest surviving reference to the Paschal Greeting?
5
What is the earliest instance of Eucharistic adoration?
2
What is the origin and meaning of the rosary?
3
What is the origin of closing one's eyes during prayer?