Does God cause the punishment or is that the effect of his absence?

Then the eyes of both of them were opened, and they knew that they were naked; so they sewed fig leaves together and made loincloths for themselves.

Therefore, just as through one person sin entered the world, and through sin, death, and thus death came to all, inasmuch as all sinned

In these 2 verses, we see when Adam and Eve sinned they immediately underwent death, started to age and their body were susceptible to diseases. They realized they were naked and the inability to repent right away shows us the decrease of their intellect and will.

My question is: What is the Catholic understanding - Did God made their body corruptable(tweaked the DNA so it slowly dies) and everything else in nature or was/is this the result of the absence of his presence?

When they rejected God, God's supernatural presence stopped keeping their bodies and this whole world to function properly? Or does God actively make things defective to punish for sins?

The answer is that Adam and Eve necessitated God's presence to live forever, a presence which he especially made manifest in the fruits of the Tree of Life. And so they died because bodies are not indestructible by nature but need to be fed.

Two kinds of death exist, spiritual death and physical death. They died spiritually at that moment they ate of the fruit, because as the text indicates they noticed that they were naked(Gen3:7), which was not normal back then. Having been cut off from God, they did not deserve to be joined back into communion with him and so the Tree of Life was taken away from them. The result being that they naturally started to decay.

The bodies God made were intentionally made in such a way as to make their hosts depend on God. And seemingly all of creation is like that, we always need to reconnect to God in order to live. Now whether this is done out of necessity or purely by will I do not know, but it seems that it is by necessity because God cannot create something eternal if it be not an extension of himself in some way. Therefore we say that the soul is indestructible because God breathed it into us, but that also means the body is destructible because it is not of God's being, metaphorically. That is to say it is not made by God as an image of God. 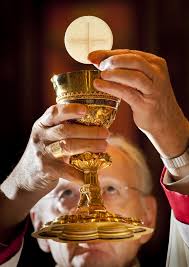 This same dependancy on the fruit of the Tree of Life is repeated in the Eucharist which is the fruit from the wooden cross for our salvation. And again in Revelations 22:2-3 we read:

2 In the midst of the street of it, and on either side of the river, was there the tree of life, which bare twelve manner of fruits, and yielded her fruit every month: and the leaves of the tree were for the healing of the nations. 3 And there shall be no more curse: but the throne of God and of the Lamb shall be in it; and his servants shall serve him.

However this does not mean God made man corruptible, that view is denied by the Church, and by all Christians.

For God created man incorruptible, and to the image of his own likeness he made him. But by the envy of the devil, death came into the world. And they follow him that are of his side.

We must therefore distinguish between what I will term ordinary sin and extraordinary sin.

Ordinary sin: To go against the eternal nature of God(ex:lying, theft, murder).

Extraordinary sin: To go against a contingent command of God(ex:honor the Sabbath).

Being incorruptible only covers ordinary sin, but not extraordinary. Placing ourselves in the context, this would be the only way God could have tested us without violating his own goodness to make us in a state of goodness. So for the test, he simply put forth a contingent request that being to not eat of the Tree of Knowledge of Good and Evil. Whether that tree had power in it of itself is besides the point, because regardless of it having power or not Adam and Eve disobeyed a direct command of God. Since God is life, to go against him inevitably results in death. Thus the dilemma is solved.

Now when it comes to punishment, God can use and does use both the withdrawal of his presence as well as the exercise of his wrath to punish us. It depends on the situation, as the withdrawal of his presence will allow demons to wreck havok, but he himself can also and does choose to wreck havok as for example the Book of Revelation testifies that when Jesus will personally come down from Heaven and eliminate the armies of the Earth, and finally call upon all the animals in proximity to come and eat the corpses(Rev19).

You don't hear about that side of Jesus too often do you, but so be it, as the Ecclesiastes notes, there is a time for grace, a time for justice, a time for wrath, a time for all things. And the constant is love.

Not the answer you're looking for? Browse other questions tagged catholicism original-sin death supernatural or ask your own question.

13
Does God lie? And does the devil tell the truth?
7
Why is death a vital piece of God's plan in LDS theology?
6
How does C. S. Lewis define the “natural” and “supernatural” in his book Miracles?
17
Why did so many early church fathers say that sex was a consequence of the Fall?
5
According to Catholicism, does God actively cause suffering in Hell?
3
At what moment did humans become sinful?
1
Was Mary given a glorified or “spiritual body” like the resurrected body of Jesus while on earth?
3
Is it a sacrilege to take communion in hand?