Is this interview with Pope Francis going to change Christianity? [closed]

I was... surprised... to learn this morning that our Pope Francis does not believe in hell. Will this interview change the Catholic Church? 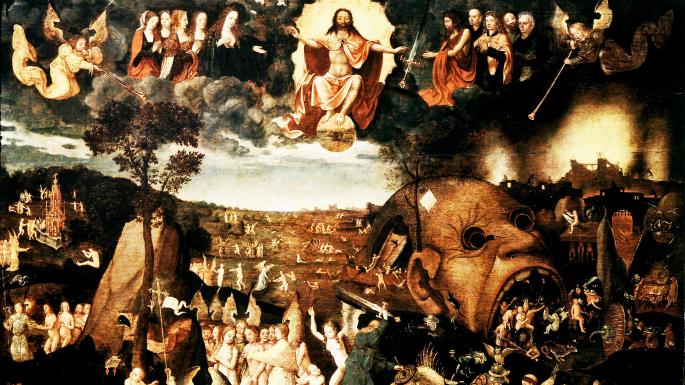 Traditional conceptions of hell have been depicted in classic works of art such as The Last Judgement by Hieronymus Bosch, who died in 1516

The story is certainly bogus or at least misleading.

Okay, Pope Francis probably did not say: “There is no hell.” But that’s the headline story for today—for Holy Thursday. And while maybe the interviewer is responsible for an inaccurate quotation, the Pope himself is responsible for the ensuing confusion.

The Vatican, naturally, has rushed out another “clarification.” Notice, however, that the Vatican statement does not actually deny that Pope Francis uttered those words. Because the truth is that nobody actually knows exactly what he said.

Here is the statement attributed to the Pontiff, in an article that appeared in La Repubblica, regarding the fate of unrepentant sinners:

They are not punished. Those who repent obtain God’s forgiveness and join the ranks of those souls who contemplate Him. But those who do not repent, and so cannot be forgiven, disappear. There is no hell; there is the disappearance of sinful souls.

That quotation appeared in a piece by Eugenio Scalfari, who interviewed the Holy Father earlier this week. Following his usual practice, Scalfari did not record the session, nor did he even take notes. The veteran journalist—who, by the way, is nearing his 94th birthday—relied on his memory to reconstruct the conversation. So the words that were in quotation marks in his article may or may not be the words of Pope Francis.

So today’s Vatican statement is certainly true: “No quotation in the aforementioned article can therefore be considered a faithful transcription of the words of the Holy Father.” - Confusion—now about hell—is the hallmark of this pontificate

After the interview with the Pontiff, Scalfari quoted him as saying: “There is no hell. There is the disappearances of sinful souls,” the Vatican responded.

The Vatican press office quickly issued a statement noting that Scalfari’s quotation cannot be considered “a faithful transcription” of the Pope’s actual words. Scalfari, who has now interviewed Pope Francis several times, does not record the sessions or take notes; he relies on his memory to reconstruct the conversations.

Not the answer you're looking for? Browse other questions tagged catholicism hell pope-francis .

22
Do the Catholic Church ex cathedra pronouncements about necessity of Catholicism to be saved still apply?

14
Do Pope Francis' recent comments on atheism represent a change in doctrine?
7
What does the Church have to say about the Pope's latest statement?
8
For Catholics who have expressed concern about Pope Francis and are wary of his pontificate, what are the key issues?
6
Did Pope Francis overstep any official Catholic boundary when he criticized Trump?
6
Pope Benedict XVI and Pope Francis and the Prophecy of the Popes?
4
Did Pope Francis say that the Gospel is radical?
8
Does Pope Francis' rewording on the subject of capital punishment in the Catechism trump those of Pope John Paul II's encyclical Evangelium vitae?
2
Death Penalty 2018 - Pope Francis vs Trent?
6
Is Pope Francis holding and professing different views (even personally) from any of the traditional Catholic Church doctrine?