Besides St. Casimir, are any other saints portrayed with three hands in iconography?

Other than the icon of St. Casimir in Vilnius (below), are there other examples of saints with three hands? Does a third hand make up part of the iconography of St. John the Evangelist? 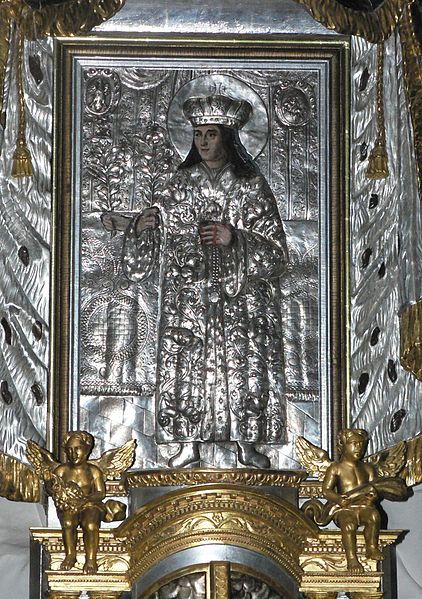 There is some iconography (religious art) with three hands or an extra hand in them. There is one that concerns St. John of Damascus, but not St. John the Evangelist. 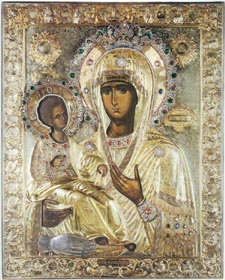 Icon of the Mother of God of “the Three Hands”

In the eighth century during the time of the Iconoclasts, Saint John of Damascus (December 4) was zealous in his veneration of holy icons. Because of this, he was slandered by the emperor and iconoclast Leo III the Isaurian (717-740), who informed the Damascus caliph that Saint John was committing treasonous acts against him. The caliph gave orders to cut off the hand of the monk and take it to the marketplace. Towards evening Saint John, having asked the caliph for the cut-off hand, put it to its joint and fell to the ground before the icon of the Mother of God. The monk begged Our Lady to heal the hand, which had written in defense of Orthodoxy. After long prayer he fell asleep and saw in a dream that the All-Pure Mother of God had turned to him promising him quick healing.

Before this the Mother of God bid him toil without fail with this hand. Having awakened from sleep, Saint John saw that his hand was unharmed. In thankfulness for this healing Saint John placed on the icon a hand fashioned of silver, from which the icon received its name “Of Three Hands.” (Some iconographers, in their ignorance, have mistakenly depicted the Most Holy Theotokos with three arms and three hands.) According to Tradition, Saint John wrote a hymn of thanksgiving to the Mother of God: “All of creation rejoices in You, O Full of Grace,” which appears in place of the hymn “It is Truly Meet” in the Liturgy of Saint Basil the Great.

Saint John Damascene accepted monasticism at the monastery of Saint Sava the Sanctified and there bestowed his wonderworking icon. The Lavra presented the icon “Of Three Hands” in blessing to Saint Sava, Archbishop of Serbia (+ 1237, January 12). During the time of an invasion of Serbia by the Turks, some Christians who wanted to protect the icon, entrusted it to the safekeeping of the Mother of God Herself. They placed it upon a donkey, which without a driver proceeded to Athos and stopped in front of the Hilandar monastery. The monks put the icon in the monastery’s cathedral church (katholikon). During a time of discord over the choice of igumen, the Mother of God deigned to head the monastery Herself, and from that time Her holy icon has occupied the igumen’s place in the temple. At the Hilandar monastery there is chosen only a vicar, and from the holy icon the monks take a blessing for every obedience.

In Slavic usage, this Icon is commemorated on July 12.

Related by not really answering the question is the fact that Leonardo da Vinci's famous fresco of The Last Supper has an extra hand in it. I have been aware of this particular fact long before Dan Brown's novel The Da Vinci Code made people's imagination run away with themselves in interpreting various modern meaning involved in this fresco. We were taught in the seminary that the extra hand in The Last Supper symbolized the fact that the Devil wanted to stir things up (mischief) especially with the Prince of the Apostles, St. Peter. The seminary which I attended had and still has a professor who is also a professional artist. 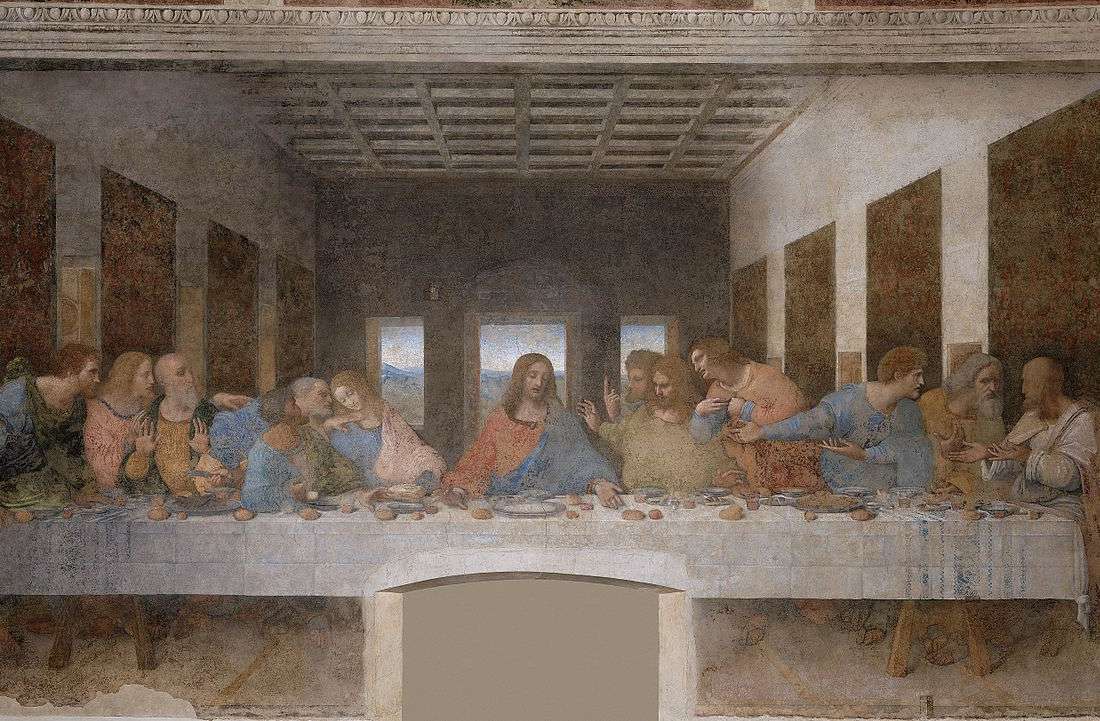 The hand with the knife can be seen between the third and fourth disciple on the left hand side of the image. It is not easy to see, but a better image may be seen here, although I find the commentator a little off with his wording. It could be noted that the Latin word for left-handed is sinister.

Not the answer you're looking for? Browse other questions tagged symbolism art iconography or ask your own question.