What are the general categories of benefits of being part of a denomination?

A denomination allows churches to cooperate and share the cost of many things which are needed to support the Gospel ministry of those churches, including: insurance, banking, and other financial services; HR and other personnel services; legal services; child safety; etc.

With all the various theological debates among Christians, it helps to be able to identify yourself with like-minded Christians, and to be able to easily communicate the broad shape of what your church teaches to visitors and potential new members. No denomination specifies exactly everything their members believe, but there is usually enough that hearing that a church belongs to a denomination will give you a reliable idea of the core of their beliefs. For people who are needing to find a new church, it helps to be able to quickly get a good idea of what each church will be like, rather than spending months slowly uncovering each church's distinctives. Denominations don't reveal everything, but they help you form a shortlist to consider more.

But these denominational identities are not just taken from surveys of what their members believe. In a way they're aspirational. The churches of a denomination know that not all their members agree with everything, but together they believe they can put forward the best case for how they read the scriptures, and will in time strengthen the faith of their members as they grow in their understanding of the core of their doctrine. So I've labeled this section "Doctrinal centering" as I think this is more active than a mere doctrine classification and identification would be. For example, not everyone in a Baptist church will necessarily believe in Believer's Baptism, and that's okay. But the churches that join together as a Baptist denomination don't do so merely because the majority of their members are personally Baptists, but because they believe that their doctrines work to encourage aspects of faith outside of the immediate corollaries of baptism, and that drawing attention to Baptism as they do gives strength to the growth of the Gospel.

In the friendly debates within Christianity, denominations help give structure to our disagreements. As most denominations originated over major theological disagreements, when we want to revisit those debates the denominations remain relevant groupings. They help us work together to put forward the best possible arguments in the debates between camps (such as between Reformed and Arminian for example), as well as giving space for gifted theologians to debate the subtleties of each camp internally, as they consider questions which can be highly important to those within the denomination but may not even make sense to those outside.

I've seen this in regards to theological colleges. Some independent colleges value giving a balanced overview of what all Christians believe but end up not personally challenging their students as much as denominational or confessional colleges. From the perspective of formal academics this is a great strategy, but from the perspective of faith our colleges should be places which encourage the iron sharpening iron of deepening personal faith. I went to a college where I wasn't part of their denomination, but I believe my faith greatly benefited from being challenged by the more subtle arguments that wouldn't have been presented at an independent college even when I wasn't persuaded by all of them.

Denominations help us plan, coordinate, and carry out our God given mission. At both the local and global level, they help us plan how to take the Gospel into every community, so that none are neglected, and so that we don't step on each other's toes unnecessarily. This is not to say that great Gospel work doesn't get carried out by non-denominational parachurch groups, and many of the largest mission agencies aren't denominational affiliated. But they help churches cooperate to run theological colleges and seminaries, to strategically plant new churches, and to share resources so that ministry work can happen in difficult unpleasant places, and not just beach towns and ski villages. Mission strategising can take place outside of denominational structures, but it's often easiest to work together when you know you're on the same page theologically.

Denominations can function as an umbrella, which affects the way money flows through the churches. When a church takes it's weekly offering, it is sent to the governing body, and then is redistributed. This is the case in Wesleyanism, verified by self. The primary benefit here is that a church that is struggling to carry on due to financial struggles can be revived. It also means that it follows a more accepted doctrine, which is important to most people in picking a church.

The word denomination means : a religious organization whose congregations are united in their adherence to its beliefs and practices. 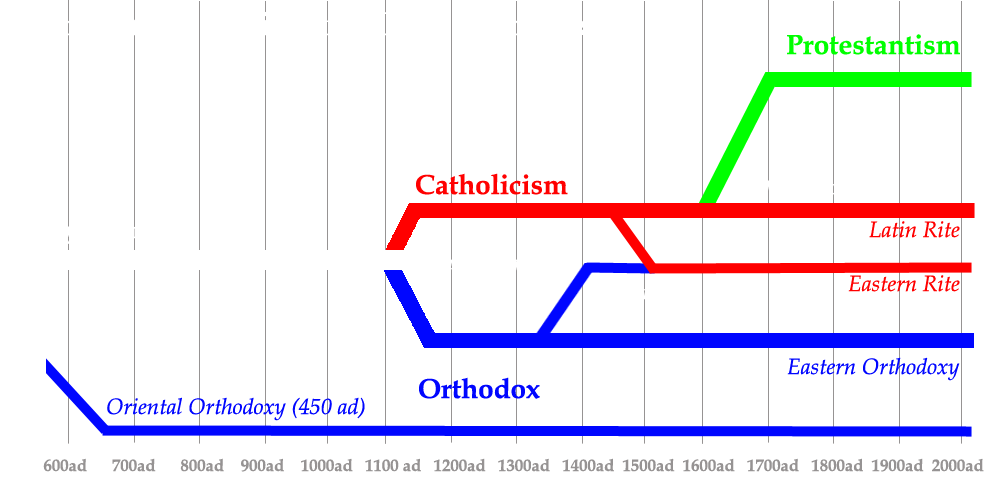 (1) First of all, the appeal of denominations in Protestantism (and this extends to Catholics and Orthodox) :

A denomination is really like a second family, and visibly so, in the sense that the Christian finds like-minded people who demonstrate the brotherly love Christ exhorts us to demonstrate, but since it is a denomination this brotherly love is much more poignant. For example, if one was not in a denomination and yet tried to fellowship with other Christians it would be likened to a sort of unstable relationship where one second you're both on the same page praising Jesus for having saved all of you but then the next second you end up arguing with one another on theology on the matter of how he saved you and why he saved you; thus the unity is fractured. Not only is such fractured unity detrimental to the Christians, but it is also detrimental to the missionary purpose of the Church. As the Church is to guide the lost, but if the Church itself is confused then the testimony is greatly damaged.

Denominations are visible unifiers, they are an attempt at reflecting the entire power of the Body of Christ by being invisibly but also visibly unified, and in an ideal world a 100% of Christians would belong to one single denomination. They are also useful, and that is a given, for unified financial efforts and all sorts of unified efforts.

It finds its foundation in the Holy Bible :

19 And for them do I sanctify myself, that they also may be sanctified in truth.

20 And not for them only do I pray, but for them also who through their word shall believe in me;

21 That they all may be one, as thou, Father, in me, and I in thee; that they also may be one in us; that the world may believe that thou hast sent me.

22 And the glory which thou hast given me, I have given to them; that they may be one, as we also are one:

23 I in them, and thou in me; that they may be made perfect in one: and the world may know that thou hast sent me, and hast loved them, as thou hast also loved me.

(2) Second of all, Independant Protestants, and this is a bit ambiguous.

Independent church may refer to:

Strictly speaking, independance would mean that there would be no effort towards visible unity but rather an exclusive focus set on the veracity of theology to the extent that it is possible without a solid hierarchy, thus no dependance. Today most of the churches that claim the title "independant" are protestant congregations that, in a desire of purification, have separated themselves from their native churches. For instance the Independant Fundamental Baptist churches, IFB for short, detatched themselves from the Baptist Church because they deemed it necessary to avoid the increasing modernism and liberalism of the Baptist churches. So in separating themselves they wanted to achieve visible unity in conservatism and fundamentalism. Therefore they are not trully independant unless their independance is simply meant as a statement directed towards the Baptist churches, although it is true that the hierarchical structure is less significant.

However many Protestants would object to this institutionalizing of the Body of Christ, period. And those are the non-denominational Christians.

(3) Third of all there are the non-denominationals, and these are peculiar.

They can be said to be trully independant, because they have no dependance to any denomination. They usually prefer being called Christians as opposed to Protestants, even to the point of sometimes hijacking the name Christian for themselves and excluding Catholics and Orthodox which is naive to say the least. It is true that this phenomenon of hijacking the name Christian is recent, but paradoxically it does show that even non-denominational Christians feel a subconscious need for visible unity. The pivotal advantage of non-denominationalism is that one is not enclined to believe in doubtful doctrines for the sake of unity, the rest are but consequences of this one advantage.

Although it must be noted that this practice is not historically founded nor encouraged by the Apostles nor the Early Church Fathers. As shown here :

Extract from the website shamelesspopery, article written by Joe Hescmeyer :

What happened: Most of the Church followed the Roman calendar, so that Easter always fell on a Sunday. The churches in Asia Minor, founded by the Apostle John, followed the Hebrew calendar, so that Easter always fell three days after the start of Passover. Pope St. Victor (189-99) ordered the Asian churches to get with the universal Church calendar. They initially refused, since the Apostle John, St. Polycarp, and others had used this calendar. Eventually, they switched to the Roman calendar.

What’s required to understand the dispute: the debate is not over whether to use a liturgical calendar, but which liturgical calendar. This points to an orderly, liturgical Church in the second century. As I’ve argued before, this dispute always shows the centrality of the papacy extremely early on: this is a second-century pope who feels comfortable intervening in Asia Minor to tell the Christians there to stop using a liturgical calendar set up by an Apostle.

Yes the quote comes from a Catholic source, evidently, but facts are facts. The article simply reported on a historical event, not a theological opinion.

In résumé. Denominations are useful for unity, the Independant churches are denominations that try to recapture what has been lost over time with the original denomination, and non-denominationals are truly independant and answer to no one but their conscience and in so doing negate almost 100% of the hierarchical visibility with only the local congregation being structured.

Not the answer you're looking for? Browse other questions tagged protestantism church-local non-denominational denomination or ask your own question.

1
What is the New Testament "process" for doing a church plant?
3
What is or are the mechanism(s) behind the naming conventions for a church building or organization?
4
What soteriological doctrines are most prevalent within Protestantism throughout the world?
1
What is the basis for "Church Shopping"?
7
When did lay people first get a vote in the general conferences of the United Methodist Church?
3
Do pre-tribulational, pre-millenial theologies reconcile with Jehovah's Witnesses
4
Can families do their own communion service with the sacrament being valid as a means of grace?