Tombs of Mattathias and Sons

Simon sent and recovered the bones of his brother Jonathan, and buried him in Modein, the town of his ancestors.

All Israel kept solemn mourning for him and long bewailed him.

Over the tomb of his father and brothers, Simon raised a monument high enough to catch the eye, using dressed stone back and front.

He erected seven pyramids facing each other, for his father and mother and his four brothers, surrounding them with a structure consisting of tall columns surmounted by trophies of arms to their everlasting memory and, beside the trophies of arms, ships sculpted on a scale to be seen by all who sail the sea.

Such was the monument he constructed at Modein, and it is still there today.

Wikipedia provides an image of Tomb of Mattathias: 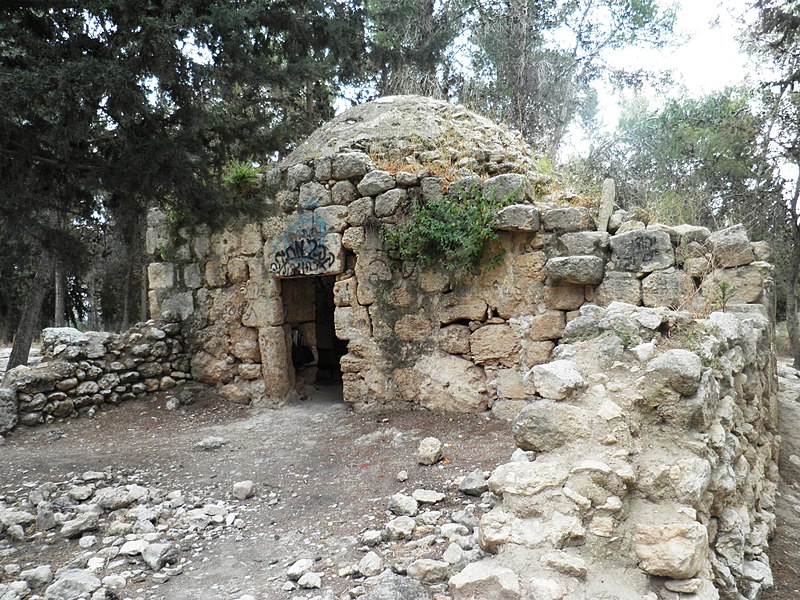 But, it doesn't say anything about the authenticity of the tomb or seven pyramids.

15
Who, and what, are the "chosen people"?
6
What is the difference between a Christian and a Messianic Jew?
19
Where are the tombs of Jesus' original 12 Apostles
0
Why are slaves and slave women mentioned distinctly in the Old Testament?
1
Are there documented reports about Jews around the time of Jesus? And what did they say about the first christians?
2
Connection between the serpent in the garden of Eden and the brass serpent
2
What were the views of the Church Fathers on Jews and Judaism during the Patristic Era?
1
What historical periods do the 390 year and 40 year periods refer to in Ezekiel 4:1-8?