Are there any existent military orders?

The Knights of Malta also known as the Hospitallers of St. John of Jerusalem is a Military Order that still exists.

The most important of all the military orders, both for the extent of its area and for its duration. It is said to have existed before the Crusades and is not extinct at the present time. During this long career it has not always borne the same name. Known as Hospitallers of Jerusalem until 1309, the members were called Knights of Rhodes from 1309 till 1522, and have been called Knights of Malta since 1530.

In times of war, since 1870, the order has been devoted to ambulance service on the field of battle. Catholic Encyclopedia

A short HISTORY OF THE KNIGHTS OF MALTA is an excellent read. 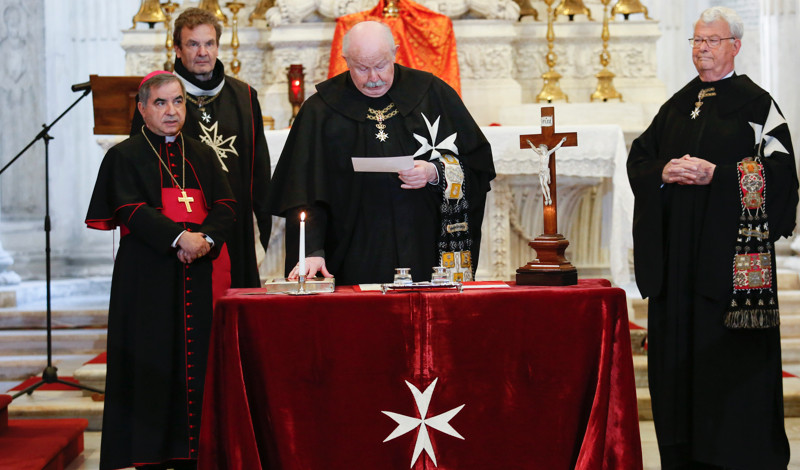 Fra’ Giacomo Dalla Torre del Tempio di Sanguinetto, elected Lieutenant of the Grand Master of the Sovereign Order of Malta yesterday, has sworn oath today(April 30, 2017) in the Church of Santa Maria in Aventino, before the Council Complete of State (the elective body of the Order of Malta) and Archbishop Angelo Becciu, the Pope’s Special Delegate.

Not the answer you're looking for? Browse other questions tagged religious-orders .

7
What exactly are 'private vows'?
6
What, if any, were the Catholic orders that opposed the Catholic Inquisition?
7
Are monks allowed by Church law to set up a religious order for clergymen with a particular profession (ex. developers)?
2
Catholic orders controlling diocesan territory
4
Can anybody identify from which order these nuns are?
2
Why are the Trappist monks vegetarians?