Looking for the right Church [closed]

I'm Tom and I am from India (South) and it's been 4 wonderful months here in the US. I came here to do my masters study in computer science. I've been struggling hard to find a right church here. I really miss going to Church. My denomination is from CSI(Church of South India). I'd really appreciate if anyone could suggest me the right denomination I can look onto, coz there are like a dozen denominations here in the US and I am confused. Thanks in advance !!

From the CSI website comes the following (from the drop-down menu "About Us"):

The Church of South India is the result of the union of churches of varying traditions Anglican, Methodist, Congregational, Presbyterian, and Reformed. It was inaugurated in September 1947, after protracted negotiation among the churches concerned. Organized into 24 dioceses, each under the spiritual supervision of a bishop, the church as a whole is governed by a synod, which elects a moderator (presiding bishop) every 2 years. Episcopacy is thus combined with Synodical government, and the church explicitly recognizes that Episcopal, Presbyterian, and congregational elements are all necessary for the church's life. The Scriptures are the ultimate standard of faith and practice. The historic creeds are accepted as interpreting the biblical faith, and the sacraments of baptism and the Lord's Supper are recognized as of binding obligation.

Based on this excerpt from CSI's website, I'd say you would be safe in visiting churches with the following words in their names:

From the CSI's statement of faith, as quoted by gracelightcity:

“. . . the Scriptures are the ultimate standard of faith and practice. The historic creeds are accepted as interpreting the biblical faith, and the sacraments of baptism and the Lord’s Supper are recognized as of binding obligation.”

Given the Church of South India's emphasis on the Word of God being the final word in both faith and practice, I'd stick with churches which have a similar commitment to the Bible. 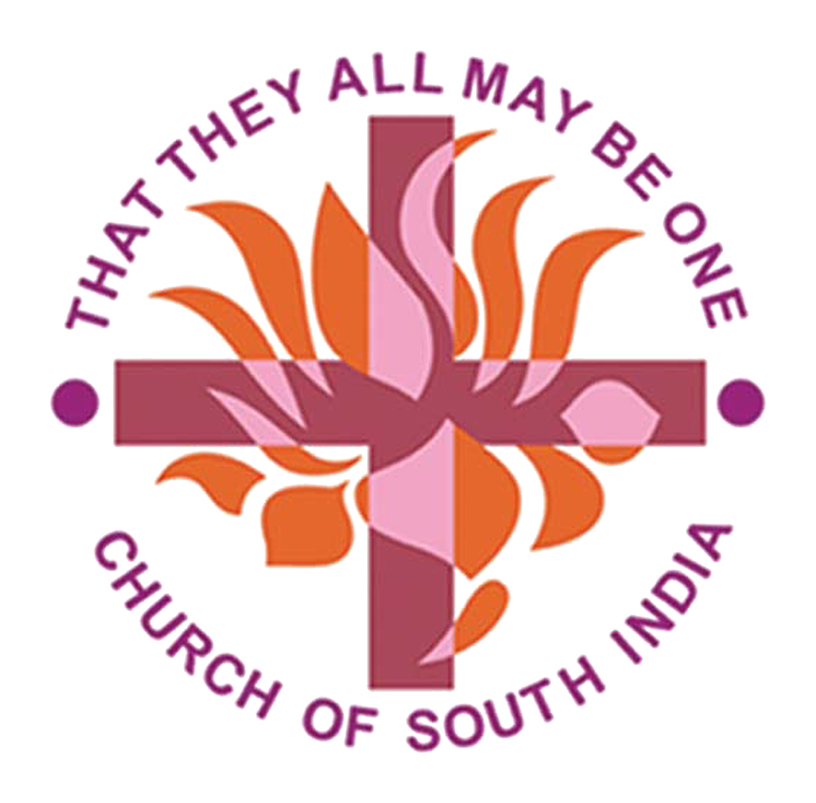 That you are "struggling to find the right church" is a good sign. I recommend you pick out a church with one of the five key words in it (as listed above) and see if that church has a website to which you can go for further information. Does something you read about a given church resonate strongly within you? If so, visit that church. See if you feel comfortable there. Ask yourself if the church members there make you feel welcomed, accepted, and loved. If so, perhaps the Holy Spirit is indicating that that church is for you. If not, try another church.

In conclusion, the matter of choosing a church to be your home church is very important. Church "shopping" can sometimes be a daunting task, but the criteria for choosing should be pretty much the same for any Christian. More specifically, the church you choose to be your home church should be a place where you are fed spiritually, experience true fellowship in the Holy Spirit, and are "put to work" in a ministry in which your spiritual gift-mix can be used to edify that local assembly of believers and bring glory to God.

I wish you well in the process!

Well there are not dozens of denominations here in the US, there are thousands. The CSI is interesting in that it blends some Protestant traditions that have classically been opposed to each other here in the US. I will leave out Roman Catholic and Eastern Orthodox from the initial discussion as they are not Protestant as your home church was.

I have visited many different types of churches here and generally like to break them down on a set of spectrums (forgive the simplifications):

Liturgical vs Evangelical is the worship style and generally also encapsulates whether the church uses a more sacramental or scholastic/individualistic soteriology. It is also usually a good indication of whether the church is high church or low church (explanation to follow).

A liturgical worship service is focused around the participation in communion and most such churches teach that such participation confers saving grace upon the communicants (ie - it is sacramental). Sacramental also means that they tend to teach that the church is indeed essential to a person's salvation (ie - communal not individualistic soteriology).

Such churches will also tend to be high church meaning that there is a hierarchical order of authority that terminates with a high ranking bishop. There is usually a communion of bishops that together direct the entire communion.

The worship services at a liturgical church tend to include formal vestments for the clergy, traditional music with pianos and organs, and service of communion from a single chalice served by the presbyter/priest/pastor and generally more traditionally beautiful buildings.

Evangelical covers a broad range of stuff, but for the purposes of this post we'll say that it covers the individualistic soteriology and seeker-friendly worship style (although technically there are Evangelical Liturgical Lutherans, whatever I'm not a scholar).

At these churches the worship emphasizes reaching a contemporary audience with contemporary music and a well crafted sermon. This can range from a single acoustic guitar to an entire rock band with flashing lights, stage fog, and skinny jeans. But the main focus is usually the sermon from what is hopefully an engaging pastor.

These churches tend to teach that salvation is mainly a personal relationship stemming from a personal commitment/conversion in which the church simply serves as a place of fellowship. The sacraments don't confer grace so much as they are a reminder.

The governance of such churches is usually centralized at the local level with a looser affiliation with other members of the communion. The church governance is usually more democratic, but a local pastor can also turn into a mini-pope.

Reformed, Baptist, Congregationalists, community churches, and most any mega-church around you will fall into this category.

Calvinist vs Arminian This is a pretty simple difference. Arminians believe that the free will of man must be exercised for salvation and Calvinists don't. Presbyterians and Reformed will be more hard core Calvinist and Lutherans to a lesser degree. Methodists are more explicitly Arminian and not sure about Anglicans (CS Lewis was certainly not Calvinist). Low churches are usually split on the issue, so you'd have to ask the pastor. Most mega-churches avoid the topic as they see it as something that just brings division.

Fundamentalism arose in response to modern skepticism. A fundamental church confesses that you must believe in some basic tenants of the Christian faith to be Christian like the divine inspiration of the Bible, the virgin birth and incarnation, the resurrection of Christ, etc. Liberals generally like to question fundamental doctrines, like criticizing whether the Bible is authentic and questioning whether homosexuality is an acceptable Christian lifestyle. In general there are deep ends on both sides of this pool.

Liberalism tends to be more prominent in high church communions and fundamentalism in low church (There is a ton of detail here, but I can't go into it right now, for instance I believe there is an unhealthy form of ultra fundamentalism that involves calling people heretics when they don't believe in the literal 6 day creation and stuff like that, but that's for another post).

Now if I were you I would skip this whole Protestant mess and just return to the ancient church and become Eastern Orthodox :).

It formed in 1947 and is the second largest Christian denomination in Southern India behind Roman Catholic, currently claiming 4 million parishioners, 11,000 ministers, 100 hospitals, 2000 schools, and 130 colleges.

It absorbed Calvinist denominations at some point and maintains a certain degree of dogma suggesting such. However, it's sacraments, liturgy, and hierarchy are Anglican in origin [this is all Wikipedia].

Socially, it's course has become more liberal in the last 10 years, ordaining female ministers and being (perhaps reluctantly) supportive of the LGBTQ community.

An Anglican church seems like your best first choice. But I liked the comment mentioning any church is better than staying at home!

Not the answer you're looking for? Browse other questions tagged denomination-survey .

6
What denomination uses church pews that face each other?
17
Which "Church of God" believes in "God the Mother"?
5
Who is the American Catholic Church?
5
Which Protestant denominations support the position that Peter is the rock that Jesus builds his church upon?
2
What is the difference in doctrine between the Pentecostal church and the Assemblies of God church?
1
Are there Christians who believe that Jesus does not have a physical body right now?
1
Which Christian groups or denominations openly invite people to ask God for confirmation that said group/denomination is the right one for them?