Spectrum of Interpretation on Great Flood

The Great Flood of Noah is a classic Bible story - and a contentious one. Many would argue that traditional or literal interpretations cannot be squared with modern scientific thinking - others reject that science.

I'm sure you also have an opinion. I'm primarily interested in knowing what the main streams of interpretation are. How, for example, do the major churches (Catholic, Orthodox, Baptist, Lutheran, etc.) interpret this story — is there an official teaching? Beyond doctrinal arguments, what's the spectrum of belief in interpreting the Flood, and in reconciling it with later NT references and concepts of inerrancy?

The first camp is from those who take literal reading of Genesis. Despite some scientific drawbacks here, such as the fact that there does not exist enough water in any form (including ice) to cover the continents and mountain tops and most mainstream scientists state that there is no geological evidence for a global flood. In response, many creation scientists will attempt to dispute this and seek to assemble evidence to the contrary, though mainstream scientists will generally dispute and critique these interpretations of the geological record. This can often lead to some allegations of great conspiracies and cover-ups by mainstream scientists. There is, of course no issue with this interpretation in terms of Biblical Inerrancy.

These scientific challenges generally lead to a second camp of those who take a literal reading of Genesis, but simply do not believe the whole earth was flooded and instead believe a portion of the Levant was flooded. This view depends on the idea that instead of the whole earth being flooded, it was only the whole known earth. This view attempts to appeal to world maps of the time which depict only the Levant such as the Imago Mundi. 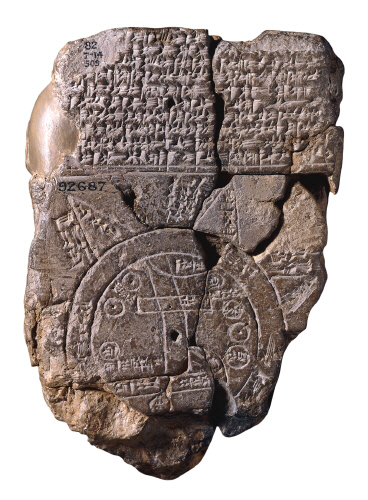 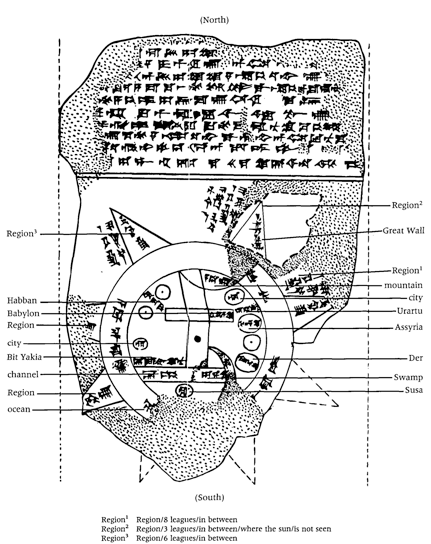 Since this was the "Whole Earth" as Noah and the writers of Genesis knew it, the argument is that we should simply be better translating "earth" to clarify that this really refers to the Middle-Eastern region.

Similarly, many believe that Noah simply assumed the whole earth was flooded since there was water as Far as Noah could see. Obviously, Noah did not paddle the ark around in a grid search pattern to verify the veracity of this claim before making it and even had he done so, he would have been unable to map the whole earth in the ark in 40 days. As such, these interpreters would say that this is pretty a pretty obvious exaggeration in the text - so obvious that the author of Genesis did not intend this to be understood as the whole earth literally being flooded, but instead this was intended as an obvious hyperbole. The argument here is if this was intended to be obvious hyperbole, then there is no scriptural errancy - the error is in our own understanding and interpretation of the text.

There are many criticisms of this view including larger theological discussions regarding issues like original sin which debates the need for a literal Adam, and the critique that the flood story is sandwiched between genealogies and historical narratives similar to those of the other patriarchs which do not have the hallmarks of the intent of a non-literal interpretation seen in texts like Psalms, Proverbs, Song of Songs, Lamentations, Ecclesasties, and similar texts. In favor of this view is the idea that Genesis 1 seems to take the form of a hymn, poem, or prologue and factors like the fact that "Adam" means "Man" and "Eve" means "Life" which some argue shows that the authorial intent that these names are meant to be proxies for mankind, not specific, real individuals and similar literary notes.

This view, favored by Panbabylonists makes little or no attempt to address scriptural inerrancy. Instead, this view prefers to make comparative studies of Genesis as a literary framework. This view notes the presence of things like the Toldoth forumla which divides Genesis into sections of narrative and seeks to make a Poleic comparison to similar flood narratives by other cultures such as the Epic of Atra-Hasis and the Epic of Gilgamesh. This view may appeal to Documentary Hypothesis to suggest that the flood narrative might be a post-exilic addition added by a later redactor to an earlier version of Genesis - a view supported by scholars like Gordon J. Wenham and others.

Instead of looking for the literal plausibility, most who hold the framework view are unconcerned with inerrancy and instead prefer to assume that the story was intended literally, but also as a corrective to the existing flood narratives. This view then looks for the notable differences between the stories to attempt to determine the theological claims being made (namely the superiority of Yahweh) by examining the polemic comparisons.

Instead of retaining the idea of Biblical inerrancy, some adherents of this view favor infallibility of the text - making a distinction between the two. Instead of being concerned with the duration of the flood (was it 40 days or 41 days?) or how much of the earth was flooded, this view focuses on the larger picture and meaning of the text - that Mankind is sinful, that God is a God is a God of salvation who seeks to restore mankind, etc. and views these larger truths to be infallible. Other adherents of this view may adhere to some or all aspects of the Global, Local, or Allegorical views, or none of the above.

This view largely arises as an attempt to explain archaeological and historical discoveries and as such is the "new kid" on the block and is thus not as widespread as other views. Due to the high academic cost of entry and the need to be well-versed in archaeology and the to be read archaic Sumerian and Babylonian texts, this view is largely relegated to the realm of academia. The complexity and academic background needed for this view has often caused it to be largely dismissed by laity in the mainstream which usually prefer one of the 3 above simpler views.

Not the answer you're looking for? Browse other questions tagged exegesis genesis flood-of-noah inerrancy .

8
What is the Roman Catholic position on literally reading the Flood account in Genesis?

13
What is the interpretation of the bow in the cloud after the Flood?
6
What defined a "clean" animal prior to the flood when mankind did not eat meat?
6
Does Scripture mention whether it rained before the flood?
2
Issue comprehending Genesis and the Great Flood