In the Catholic or Orthodox tradition, did Jesus appear to his mother after death?

None of the Resurrection narratives seem to include Mary as a witness to the resurrection or among the first few people who see Jesus after his death; not does she seem to be mentioned until Pentecost. Is there any subsequent Catholic or Orthodox tradition that Mary saw her Son after his resurrection - or that she did not, perhaps with an explanation why?

The Catholic Church holds to a pious belief that the Resurrected Christ did indeed appear to the Virgin Mary first, before appearing to others. I have believed this since my childhood.

An explanation that the tradition of the risen Jesus appearing to his mother had a long history, and appeared as early as in the writings of St Ambrose in the fourth century. I further discovered that the Ignatian expert, Philip Endean SJ, in an article in The Way, identified Ludolf of Saxony’s Vita Christi (‘Life of Christ’) as a source of the tradition of the risen Jesus appearing to his mother, a source which was known to Ignatius and was used by him when writing his Spiritual Exercises. I eventually tracked this down in the British Library, in the hope of finding in it a mention of Ambrose, and true enough Ludolf did give a reference to Ambrose. Unfortunately it was not quite accurate, and correcting it took further research. - The Risen Jesus and His Mother 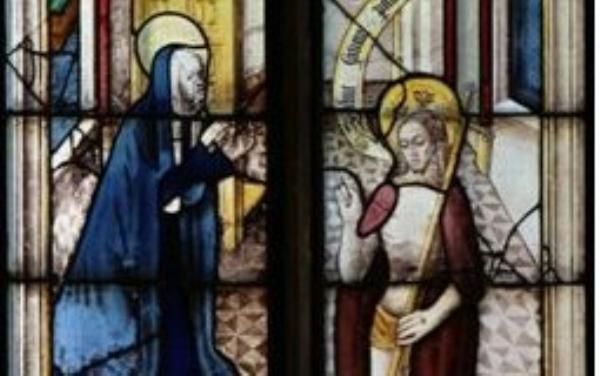 The Risen Jesus and His Mother (Stained glass window in the parish church of Saint Mary, Fairford, Gloucestershire)

Here is what Pope St John Paul has to say on this subject:

Sacred Scripture does not record Our Lord's Resurrection in detail, merely the fact that St Mary Magdalene found the tomb empty and He then appeared to her. But what of His Mother, who would have mourned His death more than the others? Why do we not see her there with the women? Why does St Mary Magdalene not also run to her to tell her the wonderful news? The Holy Father has recently taught in one of his Wednesday General Audiences that it is wholly reasonable to believe that Our Lord appeared first to the Blessed Virgin, even though Scripture does not record this intimate moment between the Redeemer and His Beloved Mother. This is the official Vatican news release on the Holy Father's catechesis:

The Holy Father focused the catechesis of today's general audience in St. Peter's Square on "Mary and the Resurrection of Christ," and recalled that "the Gospels narrate different apparitions of the Risen One, but not the meeting between Jesus and his Mother."

"From this silence," he continued, "one must not deduce that Christ, after his Resurrection, did not appear to Mary." This omission might be attributed to the fact that "what is necessary for our saving knowledge is entrusted to the word of those 'who were chosen by God as witnesses,' that is, the Apostles," he said, citing the Acts of the Apostles.

John Paul II asked how the Blessed Virgin, who was "present in the first community of the disciples, could have been excluded from the number of those who encountered her divine Son risen from among the dead. On the contrary, it is legitimate to think that the Mother may really have been the first person to whom the risen Jesus appeared. Could not the absence of Mary from the group of women who approached the tomb at dawn constitute an indication that she had already met Jesus?"

"The unique and special nature of the presence of the Virgin at Calvary," added the Pope, "and her perfect union with the Son in his suffering on the Cross, seem to postulate a very particular participation on her part in the mystery of the Resurrection."

The Blessed Virgin, who was present at Calvary and at the Cenacle, "was probably also a privileged witness to the Resurrection of Christ, in this way completing her participation in all the essential moments of the paschal mystery. Embracing the risen Jesus, Mary is, in addition, a sign and anticipation of humanity, which hopes to reach its fulfillment in the resurrection of the dead." - After the Resurrection

The only reference that I am aware of is from St. Ignatius of Loyola’s Spiritual Exercises, written in 1524. (See also the Spanish original.)

In his meditation on the apparitions of the Lord after the Resurrection, he writes,

Hence, at least St. Ignatius of Loyola felt that it was obvious that Jesus appeared first to his mother.

There is nothing, however, in the Scriptures, nor in any of the writings of the Fathers, that indicates that for sure.

Not the answer you're looking for? Browse other questions tagged catholicism eastern-orthodox virgin-mary oriental-orthodox or ask your own question.

1
Did the Risen Lord appear to Mother Mary?

21
What significance, if any, does the doctrine of the eternal virginity of Mary have?
5
What is the biblical basis for the Catholic and Eastern doctrines of the Assumption of Mary?
6
How far advanced was the Virgin Mary's Pregnancy when she returned to Nazareth?
2
Is Mary omniscient (by participation, not by nature)?
3
Why is the perpetual virginity of Mary important in Eastern Orthodoxy?
9
What is the origin of the Orthodox belief that Sts. Joseph and Mary were betrothed but not married?
2
Was Mary’s appearance to St. James the Greater in year 40 AD an apparition or bilocation?
7
What were the common exonyms of the Roman Catholic and the Eastern Orthodox churches leading up to and after the Great Schism (1054)?
2
If Mary is sinless then how is Christ her victory?