Why is the interlocking-squares (gammadia) a symbol of the Melchizedek Priesthood?

I was reading about the relatively new discovery of the Apostle Phillip's gravesite in Turkey, and it briefly mentioned that the square was represented in his grave and it was significant because the square is a symbol of the Melchizedek Priesthood. 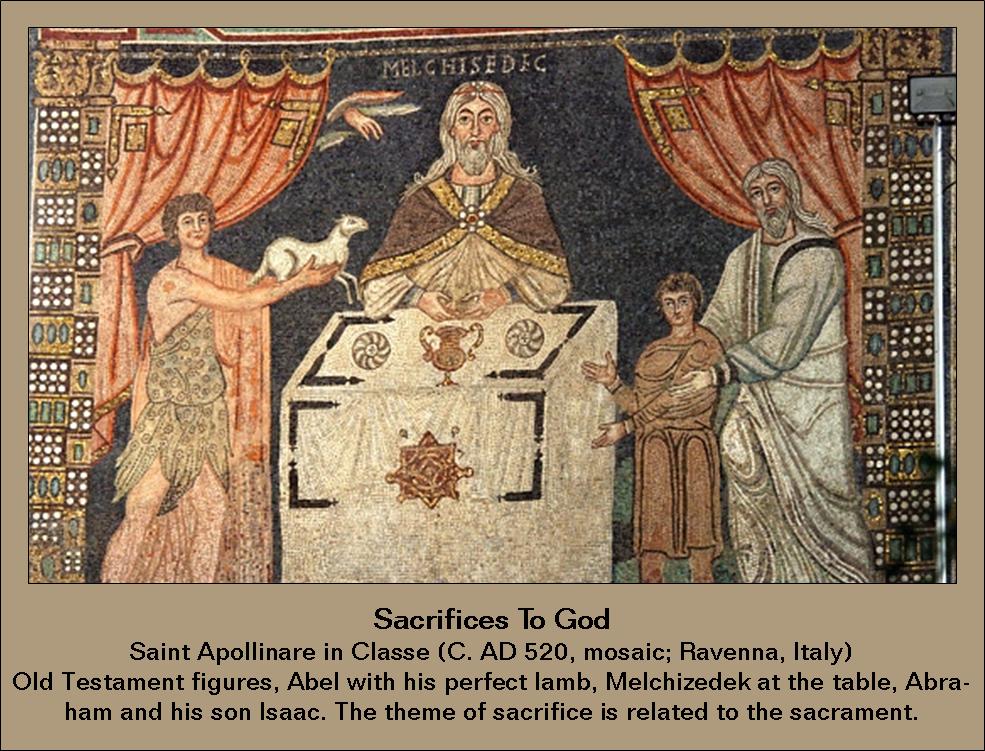 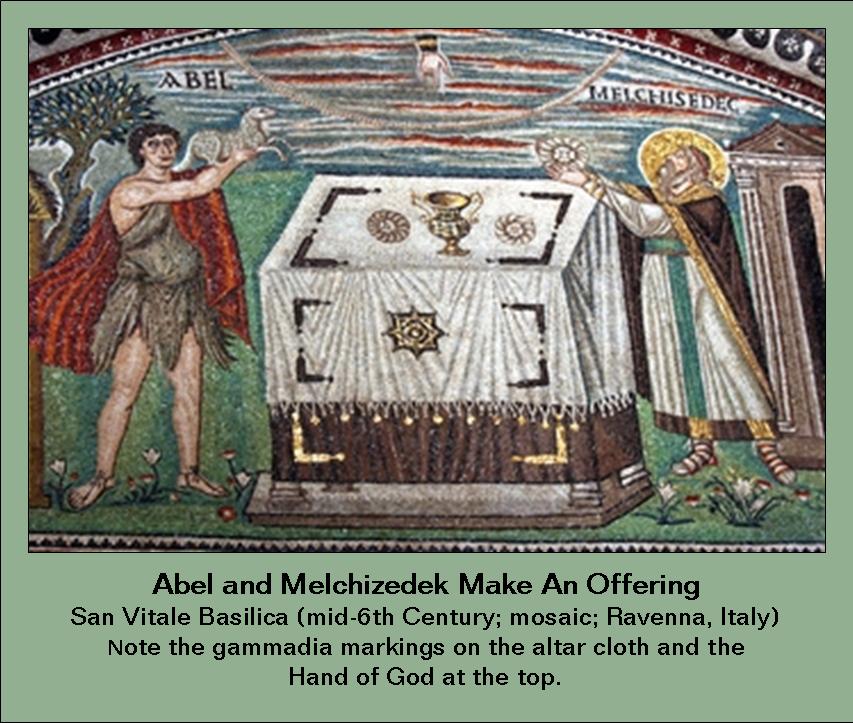 I was also reading about it here: Christian iconography

Why is the square a symbol of the Melchizedek Priesthood? What ancient documents detail this?

If no ancient documents, then are there Jewish or early Christian graves that somehow convey that the square represents the Melchizedek Priesthood?

Why is the square a symbol of the Melchizedek Priesthood?

Short answer is because it's on the altar cloth with Melchizedek on the mosaic. I've been unable to find any ancient reference to the eight pointed star referred to or necessarily associated with Melchizedek.

Henry Pelham Holmes Bromwell, a mason, in his book Restorations of Masonic Geometry and Symbolry Being a Dissertation on the Lost Knowlege of the Lodges apparently identifies the eight pointed star the "Signet of Melchizedek" in 1905. 1

The LDS also commonly refer to it as the seal of Melchizedek because of Michael Lyon's caption, The white altar cloth is decorated with ... the so-called ‘seal of Melchizedek,’ two interlocked squares, to a picture in Hugh Nibley's book Temple and Cosmos (the picture and caption are not included in the online version, but is similar to the first in the OP question) in 1992.

What ancient documents detail this?

None that I can find, though there are several architectural/artworks that have this symbol as part of it, though not necessarily connected to Melchizedek.

In Islam, the symbol is called a Rub el Hizb, or quarter group. 2 The usage of this symbol by Muslims, however, is a moot point since their faith sprung up in the early 7th century AD, and they appear to have adapted this symbol from Byzantine art. CR Clifford mentions:

In Hinduism, the eight-pointed star is called Star of Lakshmi.

If no ancient documents, then are there Jewish or early Christian graves that somehow convey that the square represents the Melchizedek Priesthood?

I have been unable to find graves that convey the squares or any connection the squares have to Melchizedek.

A few other articles on the seal of Melchizedek (most are from the LDS perspective):

Not the answer you're looking for? Browse other questions tagged symbolism priesthood iconography melchizedek burial .

5
Why is the fish often used as a symbol of Christ?
7
What priesthood did the line of Adam from Seth to Melchizedek and Noah hold in LDS/Mormon teaching?
6
Why did the RLDS start giving the priesthood to women?
4
How did Paul know so much about Melchizedek?
6
Why is the Ichthys symbol almost always facing left?