Why do images of saints often depict them with unusual hand gestures?

Many saints are often depicted holding a book or some other object. However, I have noticed that there are quite a few that have unusual hand gestures. Why is this?

Index finger, middle finger, and ring finger together, other fingers spread out 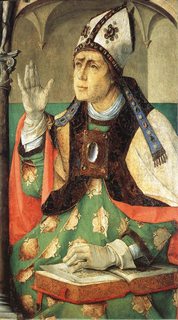 Ring finger and pinky against thumb

I'm going to assume that the modern vulgar meaning for this gesture was not intended. 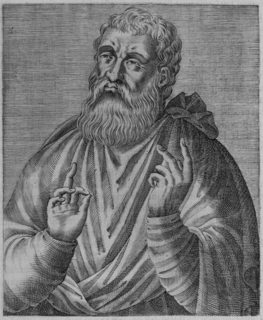 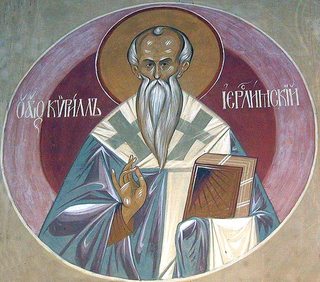 Ring finger against thumb, back perspective 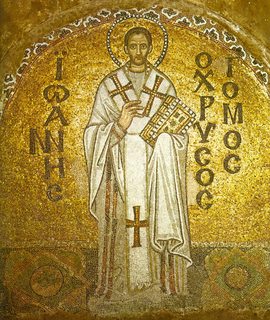 Wordpress: Ancient Greek and Roman orators used an established series of hand gestures when speaking. Since some of the oldest Orthodox statuary originated in Rome, it is likely their hand gestures were adapted from those of the Greek and Roman works when depicting religious figures to emphasize the message the painter or sculptor wished to convey. Since orators of the time often raised their hand when speaking to assert authority, paintings and statues of Jesus and the saints might have adapted this to convey authority and a blessing. We see this today when the Pope blesses a crowd of the faithful.

Gesture of the Orator: Illustrations of various hand gestures from antiquity with explanation of their meaning.

RobwestRobwest
16699 bronze badges
Add a comment  |
2
Want to improve this post? Provide detailed answers to this question, including citations and an explanation of why your answer is correct. Answers without enough detail may be edited or deleted.

The answer is partially in your question. The life of a Christian is very unusual, at least it is supposed to be. Our lives have to be oriented toward the ultimate truth who is God. So, for a Saint, who embodies in some very particular way that life, it is a normal to representing them in postures that are also pointing towards that reality. Generally they are portrayed pointing up, looking up, eyes up, in discomfort here below but with sight above and with peace on their face or eyes. Three fingers pointing to the Trinity, two fingers touching meaning unity, etc. It is a way an artist can depict the story of that saint and how his/her life pointed and was oriented towards God.

Of the images depicted, three (Justin Martyr, Cyril, and John Chrysostom) are icons (or possibly frescoes) and the other two are free-form art works.

This feature can be found in many Byzantine-style icons of Christ, teachers, hierarchs and angels.

The saints don't have specific blessings gestures, nor are saints always depicted with gestures. Rather, three of your five images show interpretations of the famous "IC XC" gesture of Christ Pantocrator.

The Justin Martyr and Augustine of Hippo images either do not represent blessings at all, or are unusual blessings whose meaning I could not find.

The two fingers together are an affirmation of the Council of Chalcedon (451 AD) decision concerning the two natures of "Christ" (I usually refer to Messiah) being in "hypostasis," i.e. in total harmony: his Deity and perfect humanity--these two "natures" (in the theological sense) being united in one person and yet separate, unmixed, without change or division. The decision followed centuries of controversy on this question. (I realize that at this point you may wish to debate these fine points of theology--and that is precisely why the statues of Jesus and the saints are telling you that this doctrine has been settled and it is what they believe.)

Why do images of saints often depict them with unusual hand gestures?

Sometimes the depiction of the saints with a particular hand gesture are done so be a sort of symbolic catechism in itself.

For example, let start with your example of Ignatius of Antioch.

This fresco reminds me of the martyrdom of St. Cecilia. 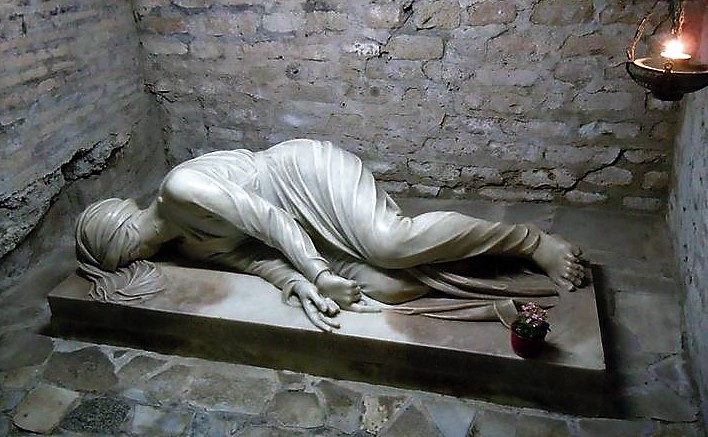 Back in 1974, while I was still in the Seminary, we had an archaeological trip to Rome, where we visited the catacombs. In one of them I remember seeing a marble statue of St Cecilia, with folded eyes and one of her hands outstretched with three fingers, symbolizing the Holy Trinity. That was her burial place. Cecilia is one of the few martyrs whose name we know, along with St. Agnes, St. Agatha, St. Sebastian, St. George, and St. Lucy, among others. She was martyred by the Emperor Marcus Aurelius between the years 176 and 180 AD. Cecilia was arrested and condemned to be suffocated in the baths. She was shut in for one night and one day, as fires were heaped up and stoked to a terrifying heat - but Cecilia did not even sweat. When the Emperor heard this, he sent an executioner to cut off her head in the baths. The executioner struck her three times but was unable to decapitate her so he left her bleeding and she lived for three days. Crowds came to her and collected her blood while she preached to them or prayed. On the third day she died and was buried by Pope Urban and his deacons. St. Cecilia is regarded as the patroness of music, because she heard heavenly music in her heart when she was married, and is represented in art with an organ or organ-pipes in her hand. Officials exhumed her body in 1599 and found her to be incorrupt, the first of all incorrupt saints. She was draped in a silk veil and wore a gold embroidered dress. Officials only looked through the veil in an act of holy reverence and made no further examinations. They also reported a "mysterious and delightful flower-like odor which proceeded from the coffin." That year, Cardinal Paolo Sfondrati built a church to honor her, and that’s when the marble statue in the catacombs was crafted. A few musical compositions were written in her honor. Among them are the ‘Ode to St. Cecilia’ by Henry Purcell, a cantata by Georg Frederic Handel and ‘Hymn to St. Cecilia’ by Benjamin Britten. Paul Simon also wrote a song in her honor, entitled ‘Cecilia.’

It is a well known fact that different traditions have used different hand gestures in blessings. 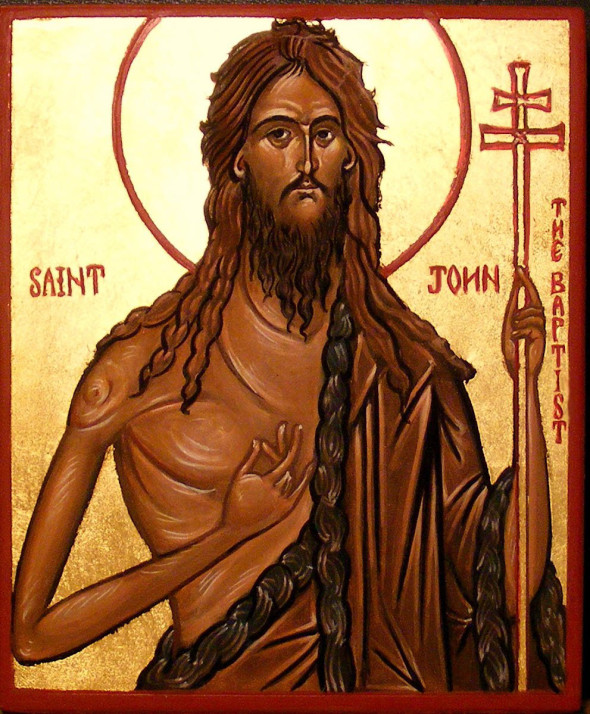 There is a rich symbolism in the simple gesture of how we hold our hand as we bless someone; either by making the sign of the cross over them, or just as we pray for them.

This icon shows St John the Baptist one particular gesture. There are actually three different ways in which hands have been held in the Judeo-Christian tradition. 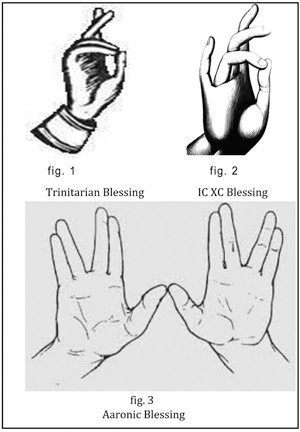 Fig. 1 – In Eastern Rite icons of Jesus, the Lord is shown holding His right hand in a particular way. The pinkie and ring fingers are touching the thumb, these three digits symbolizing the Three Persons of the Blessed Trinity. The other two fingers are held straight. Those two fingers represent the two natures of Jesus — Divine and human. It’s a gesture that is sometimes used by the Vicar of Christ, the pope.

Fig. 2 – There’s another gesture used by Eastern Catholic and Orthodox bishops and priests. It is a form of finger spelling. The index finger of the right hand is held up straight (forming the letter “I”). The middle finger is slightly curved (forming the letter “C”). The ring finger is held down and crossing the thumb, thus forming an “X.” The pinkie is held up, but slightly curved in the form of another “C.” Put it together and what have you got? IC XC. These Greek letters are a Christogram or monogram for the name of Jesus. The first and last letters of Jesus (Iesous) and Christos (Xristos) these four Greek letters therefore stand for the Holy Name — Jesus the Christ.

Fig. 3 – In the Jewish tradition, the Aaronic Blessing (Num 6:22- 27) is prayed by the kohamin, the sons of Aaron, with hands extended over the people. Both hands are held flat, palms down, with the four fingers of each hand divided into a “V” shape. (Think “Star Trek”: “Live long and prosper.”) The hand gesture forms the Hebrew letter ‘shin’,

This letter is used to represent the name of God ‘El Shaddai’. El Shaddai is “The Lord God Almighty” in Hebrew.

So when we bless one another we can choose to use either of these hand gestures as a means of enriching that act and situating it within the Judeo-Christian tradition.

Of course it is only God who can act in blessing, but he has saved us so that we can be a blessing to others.

Using these hand gestures is a rich way to convey the act of blessing and its root and foundation in the God who commanded the Hebrew priests to bless Israel and who, in Jesus, has opened up that blessing to all people everywhere. - Five-Finger Life-Blessing

The Byzantine Churches their traditional way of hand gestures while blessing people.

In principle, in any Byzantine Catholic or Orthodox iconic representation of Christ, Jesus’ right hand is shown raised in attitude of blessing. This same hand gesture is used by the priest to bless others in the liturgy, and for this reason saints who are clerics are depicted raising their right hands in the same way. 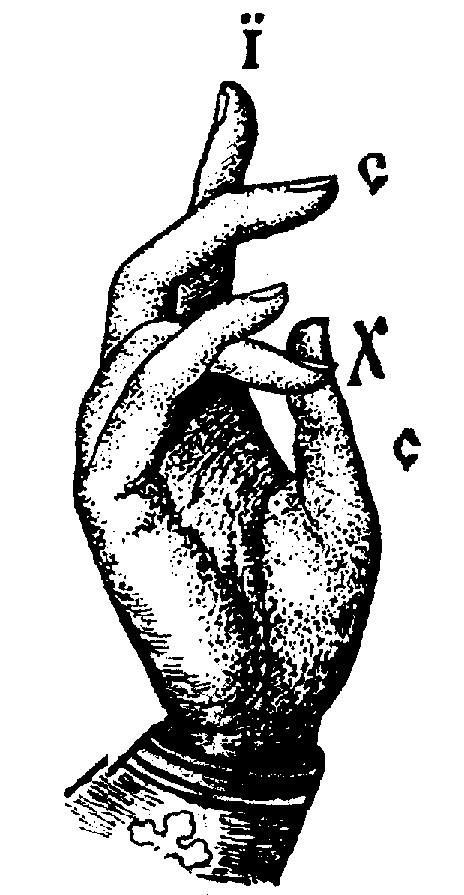 In Greek Orthodox iconography, as also in early Christian iconography, the gesture of the blessing hand actually shapes the letters IC XC, an abbreviation for the Greek words Jesus (IHCOYC) Christ (XPICTOC) which includes the first and last letter of each word. The hand that blesses reproduces, with gestures, the Name of Jesus, the “Name above every name.” 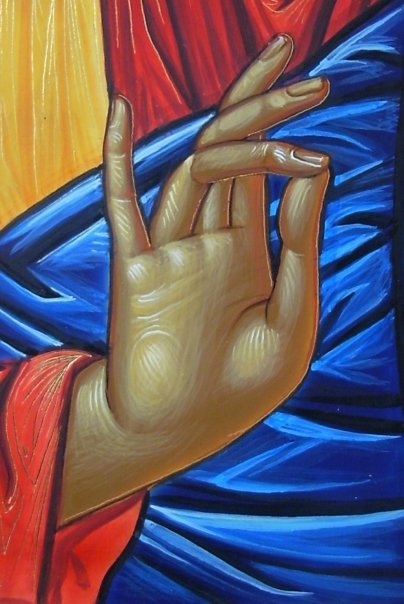 In addition to shaping letters, the gesture of blessing made by Christ also conveys doctrinal truths. The three fingers used to spell the I and X also represent the Trinity, the Unity of One God in three Persons, Father, Son and Holy Spirit. The Bringing the thumb and the ring finger together to touch not only forms the letter C, but also symbolizes the Incarnation, the union of the divine and human natures in the person of Christ.

Look closely next time you see an icon. There will be messages for you to read, now that you know the language. - A classical Greco-Roman rhetorical tradition survives in Christian iconography

Not the answer you're looking for? Browse other questions tagged saint art iconography .

10
What is the significance of position of fingers in Jesus' hand as shown in his images?

6
Why is Christ often shown with long hair in Christian iconography?